Down The Road: Ten Transportation Issues Impacting You in the Next 10 Years 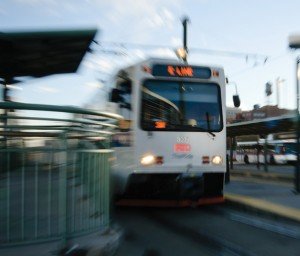 Getting around Metro Denver and the Front Range is getting easier every day. But making faster progress may mean digging in to our collective couches for the pocket change to make it happen.

In the next 10 years, transportation issues will be among the top political and policy items our lawmakers wrestle with. In a world of limited resources and rising costs—fuel chief among them—there are projects large and small that will vye for our attention and money. Some may seem out of reach; others are no-brainers. But they all impact our quality of life, level of safety and air quality. Here is our list of the top 10 transportation issues on the to-do (or at least the to-talk-about) list of many Front Range lawmakers and citizens.

Most of us could use a long walk. But one of the complaints about busses and trains is that they don’t go quite far enough. In fact, the deal breaker for many people using mass transit is traveling the mile or two to their stop or from their stop to their destination.

Enter B-cycle, a bike-sharing program that lets you “check out” a
well-maintained, robust bike for a $5 daily fee (or $50 annual membership). Just swipe your B-cycle card (or a credit card) and off you go. Ride to where you’re going and lock it back into any B-cycle rack when you’re done.

The program launches in Boulder May 20 with B-cycle stations in the downtown core and around CU. Denver re-launched its 500 B-cycle bikes in March. The program’s success will depend on its saturation and scope.

Get all the info at boulderbcycle.com. So, now there is no excuse for not
taking the bus.

2. For whom the road tolls

Negotiations over the proposed Jefferson Parkway—the 10-mile, $800-plus million road that would go from 120th Street and McCaslin Boulevard to Colo. 93 north of Golden—are expected to continue between the city of Boulder, Boulder County, Golden and Jefferson County. Boulder has agreed to drop its longtime opposition to the road if they can work out a deal over a piece of land, known as section 16, which would become open space. Proponents, such as the city of Broomfield, say the road would realize the vision of a completed beltway around the metro area and it would help transport workers from suburban areas to corporate facilities like the ConocoPhillips campus. The city of Golden doesn’t want the toll road cutting its town in half and has threatened lawsuits to stop it; Superior has also expressed opposition because of potential traffic impacts. Despite those concerns, Jefferson County officials have told area media that construction could start within a couple of years.

Denver, Boulder and even Longmont are embracing the bicycle as a source of fun and socializing. As the number of participants increases, dealing with the volume of riders is becoming an issue, and an opportunity. The Longmont Wednesday night ride—May 18 to Labor Day this year—has increased over seven years from an average of six riders a week to 75. This is dwarfed by Denver Cruisers, which gets upward of 3,000 on a big Wednesday night. Both rides employ costume “themes” for attracting riders and generating enthusiasm. While the Denver ride makes no bones about being a bar hop, the Longmont ride aims for being family friendly, despite occasional stops at breweries. What both ride organizers do is emphasize safety and obeying traffic laws, endearing them to police and making the growing events avenues for education about bike issues.

4. FasTracks: Just build it so we can all move on

FasTracks is a noble vision that—to the extent that it has been realized—is an unmitigated success. The rail system that today connects much of south Denver with downtown is growing to Golden and DIA. Ridership has exceeded projections and people want more of it, not less.

No one foresaw the financial apocalypse that crippled the economy, sent tax revenues plummeting and slowed the flow of funds for FasTracks to a trickle. In response, RTD is thinking of asking voters in November for an additional 0.4 percent sales tax increase to finish FasTracks faster, as opposed to dragging it out over decades at a much higher total cost.

The tax would amount to an additional 40 cents on a $100 purchase and would be the best money we will ever spend. As gas heads to more than $4 a gallon, a comprehensive, effective and efficient transit system can’t get here fast enough.

Installing high-speed rail from Colorado Springs to Fort Collins and from Denver to Grand Junction would cost an estimated $21 billion, according to a feasibility study finished last year for the Rocky Mountain Rail Authority.

As is the case with most Big Infrastructure, such a sweeping project would also fuel an estimated $33 billion in benefits to the state, including thousands of jobs, increased economic development, higher real estate values along the corridors, more productivity and better air quality. Travel times make your mouth water: two hours from DIA to Vail; an hour from DIA to either Colorado Springs or Fort Collins. And while such a system won’t eliminate rush-hour congestion in the Denver Metro area, it would make a decent dent in the I-70 gridlock in the Mountain Resort Region. We can dream…

The cognitive disconnect is amazing: As long as it costs less than $40 to fill a 16-gallon tank with gas, life is good. But toss some freedom fighting Libyans into the mix and send a full tank north of $60 and we’re sure to see the return of standing-room-only busses, lighter weekend ski traffic and waiting lists for hybrid cars. It’s fine to put an extra $30 to $40 billion a year in profits into the pockets of Big Oil, but God forbid if we were to tack an extra 25 cents onto a gallon of gas to pay for more (or free) busses, light rail and expanded transit service. That extra quarter would be a burden, but the extra dollar or more per gallon that does nothing but make Big Oil companies rich is just fine? We haven’t increased the 22-cent-a-gallon gas tax in 20 years. Figuring out that bumping that up by a dime or quarter will be a benefit, not a detriment, is among our biggest challenges.

Congested I-70 traffic in the mountains isn’t just aggravating for drivers. Businesses from the Red Ram in Georgetown to the Dillon Dam Brewery in Dillon suffer. According to a six-year-old Denver Regional Council of Governments study, I-70 congestion in the Mountain Resort Region costs Colorado a couple of hundred million a year in lost business (people don’t want to exit and “lose their place in line”), lower productivity, personal lost time, sales tax revenue and air quality. One solution would be to poke additional tunnels next to the existing ones at the Eisenhower Tunnel and Twin Tunnels west of Idaho Springs as well as improve several interchanges (Cost: $16–$20 billion). The new tunnels could be used for rail in the future, but the cost is huge.

The U.S. 36 Corridor—from Boulder to Westminster—is the backbone of Boulder’s transit system. Long before the promise of connecting Longmont and Boulder with Denver via commuter trains lured voters with rail lust to pass FasTracks, there were buses and EcoPasses that put butts in seats along one of RTD’s most heavily used transit corridors. Local officials, along with RTD Board Representative John Tayer, are twisting arms so money flows for improvements to make U.S. 36 slog faster and easier. Pending projects like Bus Rapid Transit (which includes more slip ramps like the newly opened one in Broomfield, High Occupancy Vehicle lanes and bike paths) will continue to need vocal support to ensure Boulder County doesn’t become a transit backwater as we wait for the train.

9. Smoother roads ahead for cyclists

If you want to see smart taxation at work, check out Boulder County’s transportation department schedule for road improvements for the next two years. The 0.1 percent sales tax (10 cents on a $100 purchase) will put wider shoulders for cyclists on Lee Hill Road and Valmont Road from 75th to 95th streets; Cherryvale Road between Baseline and Arapahoe; on Colo. 93 from Marshall Road to Colo. 128; and on Niwot/Neva roads from U.S. 36 to 63rd Street. The 2001 tax, extended to 2027 by voters in 2007, has put dozens of vital county transportation projects into high gear that would have taken decades to complete without a dedicated funding source. In addition to wider shoulders—which are nice for both cyclists and drivers—the work includes trails and drainage projects. Check out bouldercounty.org for a complete list, maps and schedule of work.

10. Crank up the fare box feedback

As RTD finally gets around to installing new fare boxes and Smart Card readers on all its busses, the transit agency will at last begin to get an accurate picture of its ridership and detailed information about who rides its busses, when and where.

This kind of information has been missing forever and the information vacuum led RTD staff and board members who oppose the EcoPass program to wrongly claim it loses money and should be cut. But with no hard data to prove otherwise, keeping the popular (at least in Boulder County) EcoPass program alive involved a full-time fight.

Now, as better information becomes available, RTD will be able to collect the fares it is due as well as fine tune its routes and schedules to maximize its service. And who knows, maybe better information will lead to an expansion of the EcoPass program.