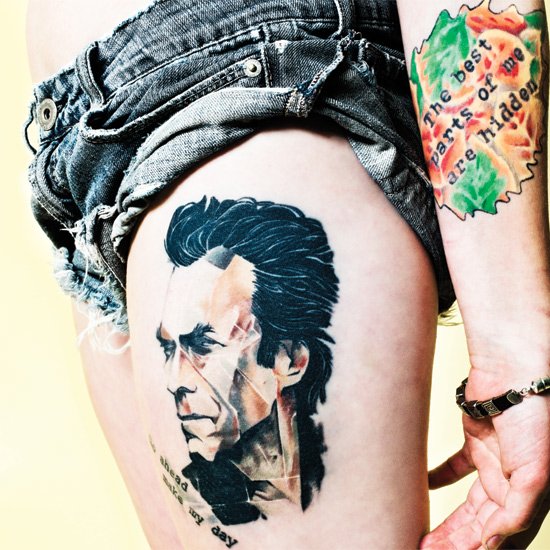 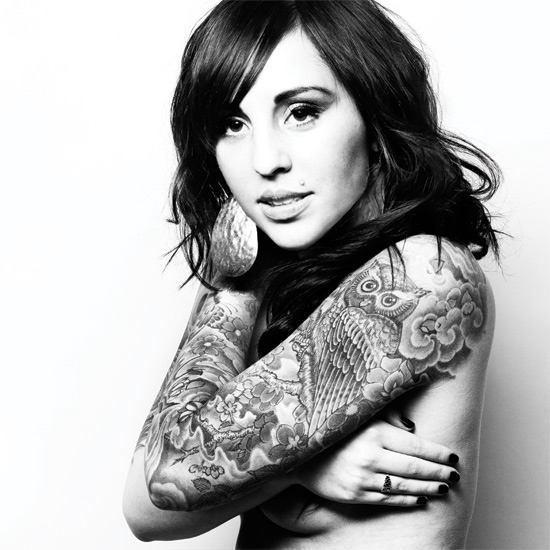 “It’s like sticking a bumper sticker on your car. And now you can take it off if you really wanted to,” says Tobin Vosseger, founder of the Boulder Facial Hair Club. Growing a hefty beard is a different animal in terms of adornment. “You can throw your razor away, grow and craft a beard to whatever you want it to be.” But there are still the comments, and the way you broadcast something to the world, and bravely say that you are different from the rest.

Which brings us to the final question: Why would you do these things to yourself?

From pure artistic interest to the camaraderie felt between drinking buddies, the answers can be as varied as the people undergoing the change: Because of a great painting of Clint Eastwood. Because photography is my profession. Because of the infant that died hours after a car accident led to her birth. Because of California. Or because for no reason at all.

“Aaron tattooed a woman last year who was in her 80s, and was blind,” Phil Bartel says with a gleam in his eye. She came in and she got a hummingbird on her forearm and we’re like, ‘Wow, you can’t see… No offense, but why are you getting a tattoo?’ ” Bartel reminisces. The lady responded: “I just want to freak my family out.”

The truth is, every person is striving for the ideal image of themselves. For some, that means wearing makeup or cutting their hair. For others it’s a beard or a piercing or a tattoo. Deep down, every human being is trying to tell the world who they are. Some, however, louder than others.

Paul R. Byrne has written for Huffington Post and can be reached at www.paulrbyrne.com