The path from the ‘hood of East L.A. to East Boulder County is simple enough with a map. For De La Vaca, Managing Editor of the Yellow Scene, it was anything but.

“My homies, they knew their path was set, that they didn’t have other options, or they didn’t believe they did,” De La says. “But they saw in me what I wouldn’t admit to myself — that I was smart and I had places to go… They’d be like, ‘Hey, if you need a ride homie, let me know. I just stole a car. I’ll drop you off.’ I’m rolling around with dudes with guns in the whip, and I pick up a bullet like a jackass and then they’ll wipe it off, ‘No, you can’t fu*k up your life, bro. Don’t put your fingerprints on that.’”

De La is enigmatic without being an enigma. He holds nothing back — ever. He shares openly — about his familial estrangement, his poor decisions, his good decisions — and embraces what others might see as dichotomies fully. His story carries a subplot of being the Stranger in a Strange Land, but for him, it’s not a story of being an outsider. He leaps into his community as a participant wherever that is — Longmont, Boulder, Denver or even Amsterdam.

“I never felt like I belonged anywhere, not even my own family,” De La says. “And I can tell you, as white and upper class as Boulder County is compared to East L.A., it’s not as white and privileged as the Netherlands. I actually moved to Utrecht first, and then I moved to Ede… which is in what they call the Bible Belt of the Netherlands. And it’s basically 99 percent white, one percent Dutch Surinam, which is the folks that they colonized who later moved to the Netherlands. And very religious, and everyone seems rich. I was just sitting there, undocumented in Europe, poor, brown, American, you make do. You figure it out. The thing with moving a lot and always being an odd man out is there is nowhere I can’t go in and fit in somehow. There’s nowhere I can’t go and survive. 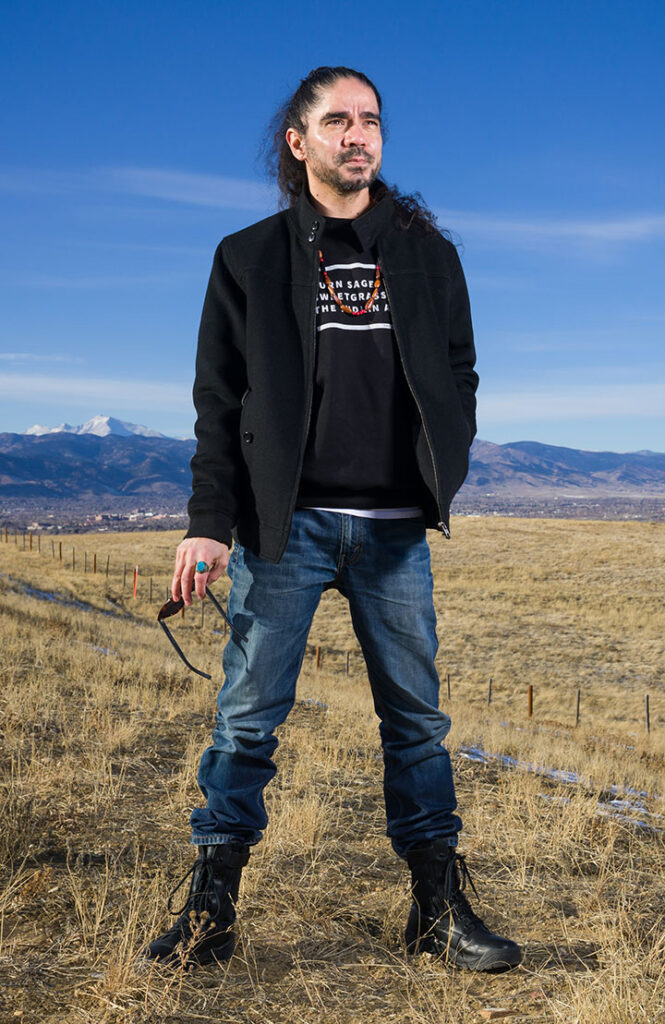 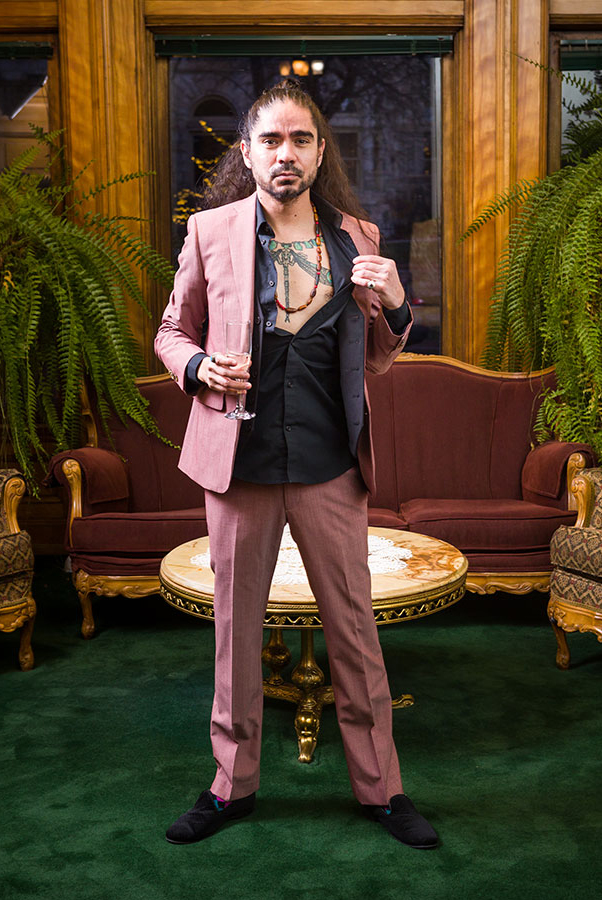 De La Vaca came to the Yellow Scene in November of 2016. He met Publisher Shavonne Blades during the protests at Standing Rock and she invited him to come write for the magazine. His focus was largely on graffiti art and sex work. A talented artist in his own right, De La Vaca’s inner-city upbringing provided him the input needed to hone the craft. As for the sex work…

“You know when you go on Backpage back in the day, and you would hire a stripper to come to your house and dance for you and your friends? My sister did that. I would drive her, and I would hold the door open, help her get out if she needed it. I had friends I knew in high school that became strippers, and they needed a place to stay and they came to live with me. I’m young, it’s not sexual, they’re not my partners or anything, just women I knew that happened to be strippers. And once you’re a safe dude with women, they tend to say, ‘Okay, this is a safe place that we can all hang out and be cool.’ Then other girls would start hanging out and kicking it, and I would drive them to work. This was back in the day when before Uber and Lyft. A stripper would say, ‘Hey, I get off work at 2 in the morning, can you pick me up?’ Because the girls don’t want to drive their own car, they don’t want to be followed home, this kind of stuff.”

An ardent, dyed-in-the-wool progressive, De La Vaca’s passion for the working woman, the underdog, the downtrodden, native peoples — the struggle itself wherever it happens— is indelible. And, to be frank, infectious. The written word’s a tool for him, but more a means to an end then simply a craft for craft’s sake.

Serving community service after taking the rap for his younger brother’s shoplifting escapade when they were children, De La Vaca stumbled onto his talent for editing.

“My community service was at a non-profit organization in East Riverside, California, called People Reaching Out — P.R.O. And their whole thing was anti-violence in the community to reduce gang violence (etc.) I was reading their newsletter, and I started just crossing stuff out that was wrong. I thought I was being a jerk, marking up their page. I didn’t know it was an advance copy, I thought it was the actual thing. And they were like, ‘What you doing?’ I was like, ‘I was just pointing out sh*t that you fu*ked up’” I think I’m being a hard head. And they’re like, ‘Oh, you’re good at editing?’ And I was like, ‘I don’t know what that is, man.’ I’m just catching errors and marking them up. That’s where it started.”

That first step on his path takes plenty of twists and turns from there. Dropping out of high school. Joining AmeriCorps (domestic Peace Corp) and working with children as a tutor and doing murals and art.

“It took me five years to graduate community college because I was still figuring out how to invest myself in education. But the AmeriCorps program for two years, man, painting, working with kids, that changed my life, my trajectory. It inspired me. I met dope people that were doing cool sh*t. Kids from the hood that had got their heads right sooner than I did.” 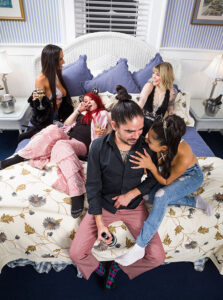 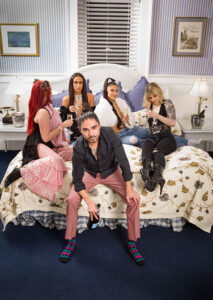 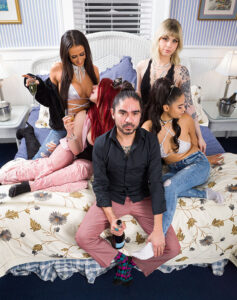 And those paths led to new ones. Going to college. Becoming an EMT. Writing for Mic.com in its infancy. Following his girlfriend to the Netherlands.

“I was in Amsterdam and I was invited to come speak at a panel, because of course I’m a reader and a writer and I’m sharing all my political thought online,” he says. “I was invited to speak on a panel about the upcoming American Presidential election and potential impacts on Europe. I had lived there for two years. I didn’t want to just live there like a tourist and be an a*shole. I’m going to bookshops, going, ‘Hey, what’s the closest book you have to A People’s History of the United States?’ And they say, ‘Well, we don’t really have one, but read this one. It’s called Amsterdam by a guy named Russell Shorto.’ Turns out my girlfriend’s mom had bought it for me early. I had read that, I’m studying it. I’m answering questions on the panel, and I’m very informed about Dutch history and Dutch politics because I’m studying it while I’m there.

“And this guy interrupts me from the audience and, ‘Hey, can I ask a quick question?’ And I say, ‘Yeah. What do you got?’ He was like, ‘Look, it seems like you know what you’re talking about, and it seems like you give a sh*t. What are you doing here?’”

He moved back in April 2016, moved to Vegas in June, and Colorado by August. De La Vaca was back in the U.S., knocking on doors and trying to prevent Trump’s eventual election. After that, he was working as a paraprofessional for the Denver Public Schools, working with children again. And then the trip to Erie and the Yellow Scene Magazine, by way of the Standing Rock Indian Reservation in the Dakotas.

While the physical path winds its way across multiple continents and careers, it’s what hasn’t changed that really matters — his commitment to the greater good, and focus on helping other people grow – from the children he helped at AmericCorp to the ones he worked with at DPS to the writers he develops today. De La serves on the Boulder County Cultural Council. Denver Open Media had him serve as a moderator for the Denver City Council debates election — the only Boulder County-based journalist to do so. Yellow Scene has won a slew of awards during his tenure in multiple categories, from design and layout to column writing — telling truth to power, as he puts it. And the craft is just what got us there.

“When I take a writer … and I force them to do some edits that they don’t want to do, and then they win an award and then they thank me, that means the world to me. Because that’s the job. My job isn’t to be a great writer. My job is to make people great writers.”