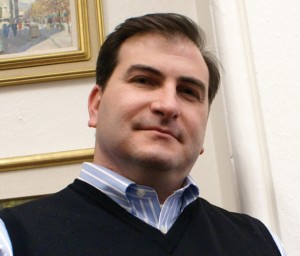 Despite the fact that he’s been the president of the Colorado Senate since mid 2009, Brandon Shaffer considers, in many ways, this session to be his first as the official commander in chief. “I took over after Peter Groff left in 2009, but I became the president of the Senate with very little pomp and circumstance,” the Longmont senator said, sitting in his office in the Capitol building.

“No speeches, no press releases, none of that. Just bam, it happened, which is different from how it usually happens,” he continued. “In 2010, it was an interim session. We didn’t have a new speaker of the house, we didn’t have a new governor. So this year, I gave my speech with all the full inaugural pomp and circumstance. This is the first time it feels like I’m president of the Senate. I was managing the place before, but now it’s a little different.”

The terms and dynamics are also different: a new governor, a Republican-controlled House and a $1.2 billion budget shortfall. The state legislature will also tackle redistricting, education funding and likely other hot-button issues such as immigration; he’s already banned Rep. David Balmer from the Senate floor after a redistricting incident. If the beginning of 2011 foreshadows the rest of the session, it’s gonna be a wild one.

On the Republican majority in the House: “We always had challenges working with the House in the past, even when Democrats were in charge. What we do down here is so situational. …They say timing is everything in politics. It is. You can’t change everything just because you have a different dynamic in one chamber or another. You do the best you can, and you get your bills out of your chamber and you hope for the best when they get to the House. That’s the attitude I’ve always had.”

Lessons from the 2010 session: “I learned early on that I got really emotional about some of the debates. …My job is to manage the activities, whether it’s the staff, how the bills come up in committees, when they come up on the floor, (or) which bills are prioritized as the caucus priorities. Just like in any business environment, when you have a manager who is emotional and gets spun up on things that don’t go the way they anticipated them to do, that’s a bad thing. My style was much more relaxed and easygoing toward the end of the session. I think you look at the controversial things that happened around the end of the session, specifically Senate Bill 191, the teacher effectiveness bill. It was a very different conversation in the House than in the Senate. In the Senate it was a very civil, calm conversation. In the House, it got out of control and it got to be an ugly conversation. It was a reflection of the evolution of my leadership style I think.”

Shaffer’s bills: “I have a tax check-off for an education funding bill that I’ll be bringing forward. I’ve been involved in Senate Bill 1, the first bill that we introduced this year. Sen. Bacon is the prime sponsor, but I’ve been working close with him. We call it the knowledge-based education fund: trying to capture efficiencies in government spending and use those efficiencies to backfill cuts that we will have to make to K-12 education. I’m working on constitutional reform to make it more difficult to amend Colorado’s constitution.”

Tough conversations: “Once we get into the budget, that will dominate everything that we are doing. …The decisions we are going to have to make are going to be very difficult.”