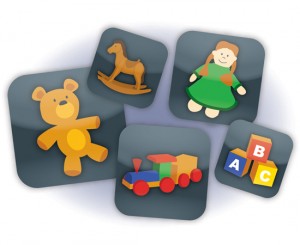 It’s back-to-school time, and you know what that means: Gadgets!

Macbook Air: Folks, the future is about non-movable media. Anything that spins is sooooo 2005, and that includes the hard drive in your computer. The Macbook Air uses solid-state technology, which is better because: It accesses data faster, uses less energy, stays cooler, is less prone to damage from physical shock and is way lighter. Which means it’s perfect for a student lugging stuff around in her Jansport backpack with her field hockey cleats. Plus, with the new Lion OS and Thunderbolt I/O, the machine is faster than ever. $999 and up, apple.com/macbookair/

Laptop Lock: Let’s face it, students can be irresponsible. Chad’s easily distracted by a pretty girl, and when he leaves his laptop sitting on the bench and jogs over to get her number, wouldn’t it be nice if he knew it was going to be there when he came back? The TryTen Laptop lock is exactly what he needs, at a price point you can afford. Now you just have to get him to remember to lock it. $24.90, tryten.com/Laptop-Locks

iPad 2: Macbook’s out of range? Well, there’s very little you can do on a Macbook Air that you can’t do on an iPad2; you just do it a little differently. Between open source cloud computing apps such as Google Docs, Bluetooth-enabled peripherals (such as a keyboard), and the clarity of one of the most crystal clear displays on the tablet market, the iPad 2 is every bit as tough a computer as your student needs. $499 and up. apple.com/ipad/

Mini Portable Hard Drive: There’s only so much room on your student’s computer, and his music collection alone is 500 gigs. Well, fret no more; Lacie’s Rugged Mini Hard Drive is built to take on any ultimate Frisbee competition and keep on ticking. It looks like it was made to throw at something (still, not advised). And an 1TB drive is plenty affordable enough to make it a no-brainer for big data storage needs. $159.99, bit.ly/laciedrive

iPhone/iPad projector: This one’s my favorite, really. Hauling around a flat-screen TV isn’t just a pain; it’s asking to have to rush out and buy another flat screen TV. But say you had a way to project what you were watching on your iPhone or iPad onto a wall…say, at 60 inches? In staggering 1000:1 ratio? With something about the same size as your phone itself? Now we’re talking! Check out the Optoma Pico Procket Projector and take movie night literally anywhere with a wall. $182.99, bit.ly/pocketprojector