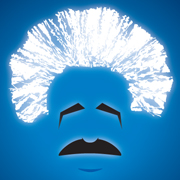 What do we mean by gifted?

The average IQ is 100. The gifted are traditionally defined as students whose IQ scores are two standard deviations above the mean (an IQ of approximately 130). By this definition, approximately 2 percent of the population is gifted. But this is the lower end of the range. A gifted child may have an IQ of 140, 160, 180 or even more.

The fact is gifted individuals are different. They see, hear, interpret and speak differently. For the gifted child, learning, relating and reacting appropriately can be a difficult and painful process. Being “smart” is often thought to make life easier. In fact, it can often make life harder, especially for a child.

Consider these differences that pose social and educational challenges and dilemmas to gifted children:
An obsessive need to understand—gifted children often want to understand at a much deeper level than their classmates. Their inability to “let it go” and their constant questioning is often seen as disruptive.

Perfectionism. Gifted children are often very hard on themselves, paralyzed by the need to do everything perfectly or not at all.

The need for precision and logical analysis. Gifted children find great frustration in a world that places a low priority on logic, one that so often gives imprecise, illogical explanations.

A compulsive need for specific knowledge. Gifted children often become obsessed with a particular subject, to the exclusion of everything else.

Acute self-awareness. The gifted tend toward critical self-awareness of their position in society and life. They are often very hard on themselves, unable to forgive themselves for the slightest mistake.

A need to question rules and authority. While questioning rules and authority may be thought of as a desirable trait—this is, after all, a society built on the principle that “authority” is to be questioned if liberty is to be maintained—gifted children often find themselves in trouble with teachers and administrators. They come to see authority as illogical and corrupt, a belief that can easily lead to
serious trouble.

Divergent thinking and nonconformity. Gifted children tend to act and think in a way that others find unacceptable. They ask unusual questions, dislike working in groups, and can have morbid imaginations. Generally, they are not “team players.”

Imagine the child with an intense desire to understand coupled with an obsessive interest in one subject, driven by that subject to the exclusion of eating or sleeping. If an adult does this and comes up with a cure for leukemia or a valuable invention, we think it’s wonderful. But when a six year-old does little else but observe, collect and catalog everything he can about black widow spiders, it’s regarded as pretty strange, even an indication of a serious problem.

The need for precision and logic can strain teachers and peers. Teachers often teach in general terms and “for the sake of simplicity” will explain lessons incompletely or slightly inaccurately. Details, exactness and shades of gray are often very important to a gifted child and cannot be glossed over. The need to be totally correct is overwhelming to the child, much to the dismay of the teacher whose train of thought and point of discussion can be lost. Classmates also tend to label the gifted child as a “know-it-all.” Yet the gifted child’s nit picking is done not out of a need to be recognized but out of a need for exactness. And the more often an adult is wrong, the less the gifted child respects that adult.

Perfectionism can make life difficult for many of us but for a gifted child it can be crippling and often invites ridicule from classmates. To see in one’s mind a fantastic picture and not be able to reproduce it on paper quickly can be devastating for a gifted child, frustrating for a teacher and can seem ridiculous to classmates. Most kids at age six would be content to draw a dog with a head, ears, eyes, body, tail and legs. But a gifted child might need his dog to be proportional, be of a specific breed or have other traits necessary to fit his mental picture. He may begin and be so disappointed and frustrated with his performance that he quits, refuses to try again, and thinks he is incompetent and incapable. His mind is often capable of imagining much more than his skills are capable of producing.