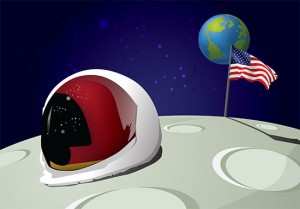 Neil Armstrong died, and an intoxicated woman in Longmont was arrested for shoving a puppy down her pants. The USA Pro Cycling Challenge roared through Boulder in what one event organizer said was the “biggest day” in the event’s history. Some 35,000 waited on Flagstaff Mountain for the Stage 6 finish, which was won by Australian (and Boulder resident) Rory Sutherland. A Boulder man retired after a 63-year career as a flight attendant for United Airlines. President Obama returned to Boulder for another appearance; Colorado tourists were among those who witnessed a shooting outside the Empire State Building in New York City; and a CU professor was told he couldn’t cancel classes if students bring firearms to them. A 31-year-old Longmont woman accused her 19-year-old boyfriend of stealing and pawning her coin collection. Boulder residents worried that a “mystery grocer” opening soon at Diagonal Plaza would be a Walmart; and George Boedecker, a founder of Crocs footwear, was charged with  a DUI when he failed to convince police that his “batsh*t crazy” girlfriend, the country singer Taylor Swift, had driven his Porsche to a residential street where he was found asleep behind the wheel of the car, which was half on and half off the sidewalk. Swift is not dating Boedecker.

“We think we found the secret sauce. We’ve found the recipe, which is very different from the old model.”

—New Mexico museum owner Jim Gordon, to Erie resident Gene Newton, who asked Gordon if he thought he was “that stupid” to try pawning a stolen gun on a reality TV show. Newton was arrested after he was featured on the show American Guns trying to sell an 1849 pistol he stole from Gordon’s museum.

“This one will definitely get us in hot water.”

—Longmont Councilman Alex Sammoury after the council voted to approve an anti-fracking ballot measure. Sammoury was one of three members who spoke against it; he did vote to put the measure on the ballot.

—The name of a “Presidential” Pale Ale (as opposed to an Imperial one) brewed for the election by Avery Brewing of Boulder.

“I’m pretty confident that Romney will win the election.”

—Ken Bickers, political science professor at CU, relying on a unique model of prediction based on studies of past Electoral College votes.

The number of state employees who failed a required polygraph test to continue in their jobs.

The amount of money released by DRCOG to complete various improvements to U.S. 36.

Years the Boulder International Youth Hostel was open, before closing to make room for a frat.

Amount granted by the Gates Foundation to CU professors to invent a solar-powered toilet.