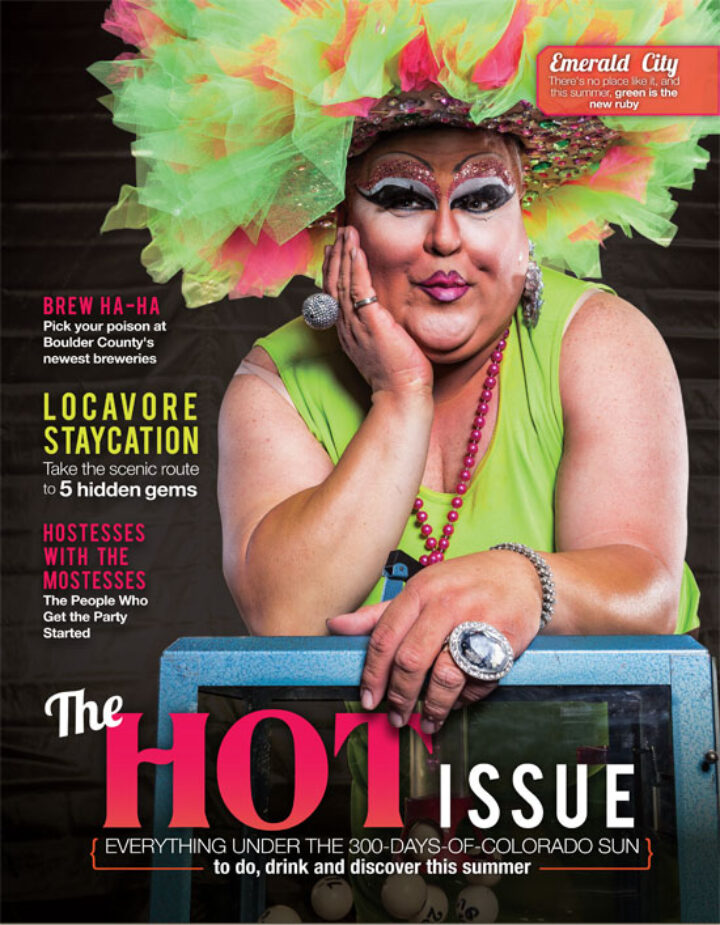 Bingo was Her Name-O

Before drag queen bingo, there was 2008’s The Gong Show with Dave Attell. Comedian Todd Simmonds charged the stage as his flamboyant counterpart Mona Lott, singing Pat Benatar’s “Hit Me with Your Best Shot.” In the judges booth, Andy Dick and Brian Posehn were red-face hysterical as Mona tore away her dress revealing Velcro bullseye targets positioned over her naughty bits. They grabbed handfuls of white balls, and wound their pitch. Mona’s last lyric rang out, “Fire awaaaay!” and the balls rained down bombarding her, like an occupational forecast.

“The whole process used to take me two hours,” Simmonds says in the changing room of Lannie’s Clocktower Cabaret. “But if I’m really pressed, I can get it done in an hour.” His voice is demulcent and focused as he carefully applies a satin pencil to his lips. The hardest part of becoming Mona Lott, he says, is the time-consuming glitter. Going on stage and hosting drag queen bingo, firing raunchy quips and making volunteers remove articles of clothing for each missed number he calls, that’s easy.

Nearly 30 minutes to show time, Simmonds is still shirtless in his black work slacks, Mona’s half-deflated “boobs” in his suitcase. Without the transformation, bingo participants might feel cross about his all-in-good-fun sass. “If I went out there as Todd—a 300-pound, 45-year-old man—and said, ‘Hey, bitch!’ ” he laughs, “I’d be in a bit of trouble.” But since he began drag queen bingo in his hometown of Loveland last December, touring the show through Greeley and Longmont, the reaction has been the opposite. It’s not uncommon for him to sell out shows or have people wait in the lobby for an open seat.

The mirror’s eyebrow of bulbs illuminates Simmonds as he rummages through the makeup box for a brush to begin highlighting and contouring. Next, he’ll put on his glue-gunned dress, the one with a waterfall of silver beads, and squeeze into women’s size twelve heels. Mona will greet her audience, the majority being middle-aged ladies and bachelorette parties; and if she blurts out an O-69, these women will feign orgasms akin to Meg Ryan’s in When Harry Met Sally. And as she excels as one of the most inventive bingo callers to exist, Mona will culminate the game in a tear-away dress—a frilly explosion of cotton candy pink that sheds to reveal bullseye targets. And the bombastic queen will shout: “Hit me with your best shot!”

View all posts by David MacNeal →