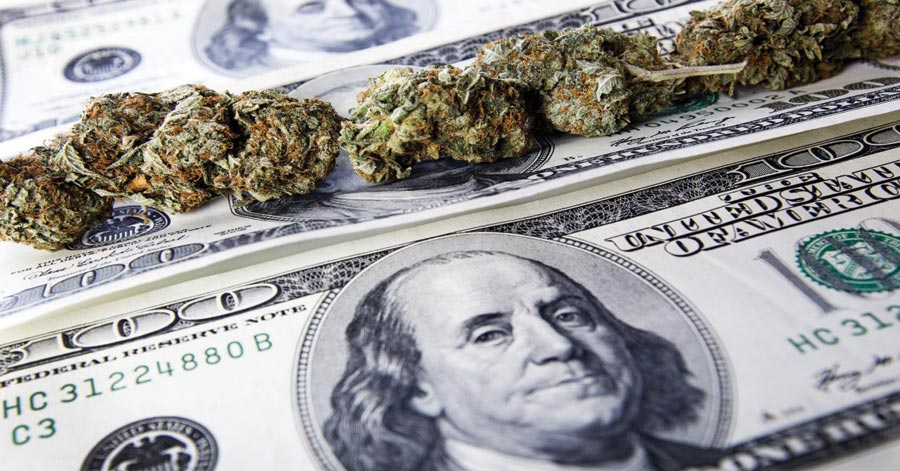 Cash has kept the marijuana industry afloat for decades and has continued to do so since the legalization of the industry here in the state of Colorado. Although cash is always welcome, it has put many dispensaries and grows at greater risk. Having large sums of cash on hand places a target on businesses, putting them at great risk of robbery and intrusion. This is the main driver for why so many companies have pushed for banking access and federal reform.C

Since the classification of cannabis as a schedule I narcotic under federal law, the substance is treated along the same lines as heroin, LSD, ecstasy, and quaaludes.

This is like sentencing a jaywalking infraction with the same severity as murder, rape, and assault. For a schedule 1 narcotic to be placed in this category it needs to meet the following three criteria:

“Due to this classification, though not warranted, banks have ceased to comply with marijuana businesses and it’s ancillary businesses due to the risky nature of the industry under federal law.”

Due to this classification, though not warranted, banks have ceased to comply with marijuana businesses and it’s ancillary businesses due to the risky nature of the industry under federal law.

Now, how is it that we can still walk into some dispensaries and use our debit cards to pay for our products? Let me introduce the cashless ATM. The cashless ATM acts as an ATM withdrawal at the point of sale of a purchase. However, instead of paying exact change on your transaction, you call upon your debit card and pin to “withdraw” a rounded up amount of cash to the nearest five or ten dollars. For example, if your purchase comes out to $43.26, you would be withdrawing at the point of sale either $45 or $50, pending the companies policy. At this point you would be given change based on the withdrawal amount.

Between the use of the cashless ATM and the placement of actual ATMs in reception areas, the customers ability to pay for cannabis has drastically improved.

“Slowly but surely the banking industry is starting to move towards accepting this industry, despite the risky landscape.”

Slowly but surely the banking industry is starting to move towards accepting this industry, despite the risky landscape. Visa and Mastercard have both stated that they prohibit their cards for being used for the purchase of marijuana, but they have also decided to not enforce it. Something that the industry is taking advantage of while using “middle men” merchant processors to process transactions.

The main issue banks have with processing transactions and holding bank accounts for clients in the marijuana industry is that all banks maintain federal deposit insurance which requires adherence to federal law. Violation of federal law could subject a bank to the loss of its charter.

Now some banks are investigating more thoroughly some of the merchant processors that they have approved. Thusly, they are terminating service of the Cashless ATM and even physical ATMs placed in dispensaries. This recently occurred in Colorado and Washington in association with processors for MetaBank.

The FinCEN (Financial Crimes Enforcement Network) issued a statement to banks about how to operate with legal cannabis institutions in hopes that it would ease the tension in operating as a bank in this industry, as well as shedding some light on the financial workings of the cannabis industry. However, a set of guidelines does not circumvent Federal law and fear still keeps banks from opening their doors to cannabusinesses.

As the industry continues to grow and becomes more readily accepted, I hope to see federal reform on banking and rescheduling of the marijuana plant. By providing a safer work environment and ease of access to recreational and medical marijuana, we will in turn boost the economy, create jobs, and keep people out of jail for minor offenses.