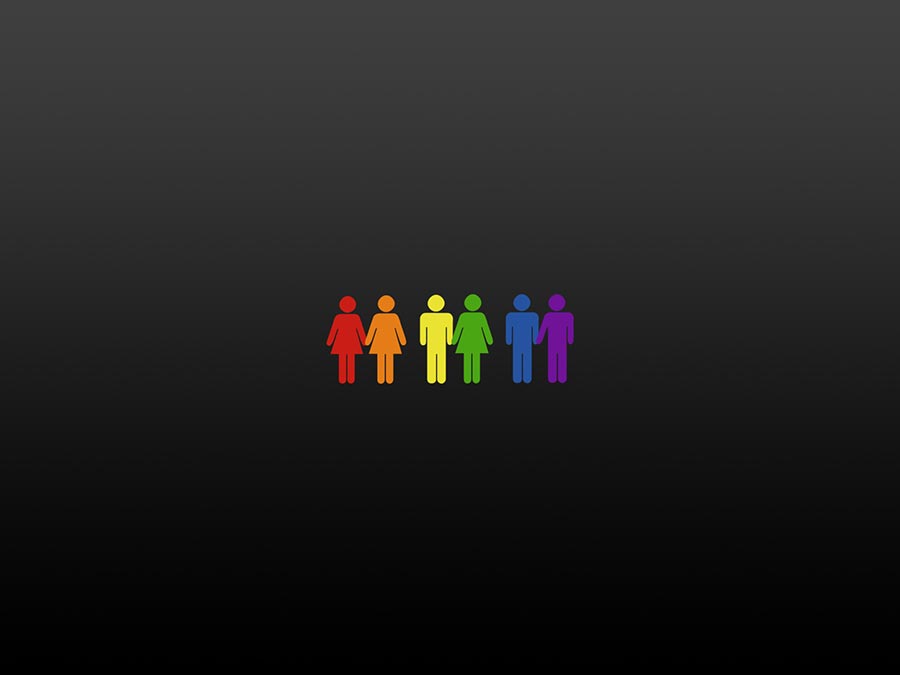 Growing up queer can be simultaneously frightening and absolute bliss. Of course, there comes a time when the closet becomes too small, and the fear and ridicule faced by queer youth can be enough to force them back in the compact space. It takes a lot of courage to stand tall. On the flip side, being queer offers youth a childhood like no other. Navigating through friends who understand and accept, and trying to find love in a much smaller pond than our heterosexual peers, gives us the unique opportunity to find ourselves and become 100 percent original.G

Out Boulder’s youth group recognizes these issues, as they are living through them in real time. On Saturday, these brave, funny and emotional teenagers gave us a look into their minds as they showcased four short films, two poetry readings and a number of photos taken on disposal cameras.

The small, dimly lit back room at Shine Restaurant & Gathering Place was packed from wall to wall. As people squeezed into the small room and socialized the David Bowie Pandora station drowned out the small talk. In the back corner, a small group of teenagers stood in a circle gossiping and fidgeting, no doubt nervous about their film debuts.

As youth coordinators Samantha “Smash” Field and Sara Connell took the stage to star the evening off they had nothing but praise for the youth programs.

“Whenever you plan an event you hope for a full house but if only 10 people show up you think it will still be a success, luckily that’s not the case today,” Connell Said. “Since September our youth groups have been working hard to produce these short films. They wrote, shot and edited every bit of this themselves and we are very excited all of you showed up.”

The films did a great job sending the audience back to the trials and triumphs of adolescence. The first film, can only be descried as one long blooper real of the filmmakers life, found footage style. With catchy songs in the background, it could be the child of a Levi’s commercial and Cloverfield, without the giant monster. It was enough to send the audience into a sense of nostalgia for younger years. Back when bills didn’t need to paid, and the biggest worry was the math test on Monday.

The following film featured a more serious theme, as the main character deals with depression. The four-minute short had the audience captivated as we watched the young girl navigate through the trials of growing up.

Taking a short break to hear the poetry that has been workshopped since late January and hear from the young photographers who carried their disposal cameras with them to capture the beauty of Boulder.

The final two films dealt with love. One funny short about a lesbian dream sequence sent us back to our awkward teenage dating experiences, braces and all. Followed by a short about the unconditional love between a girl and her horse.
After all the films were shown, and the long round of applause died down Out Boulder’s Executive Director took to the stage to brag a little longer about the youth groups and thank everyone for making it possible.

“We wouldn’t be able to do this without the donations from parents and the community,” Moore said. “Thank you.”