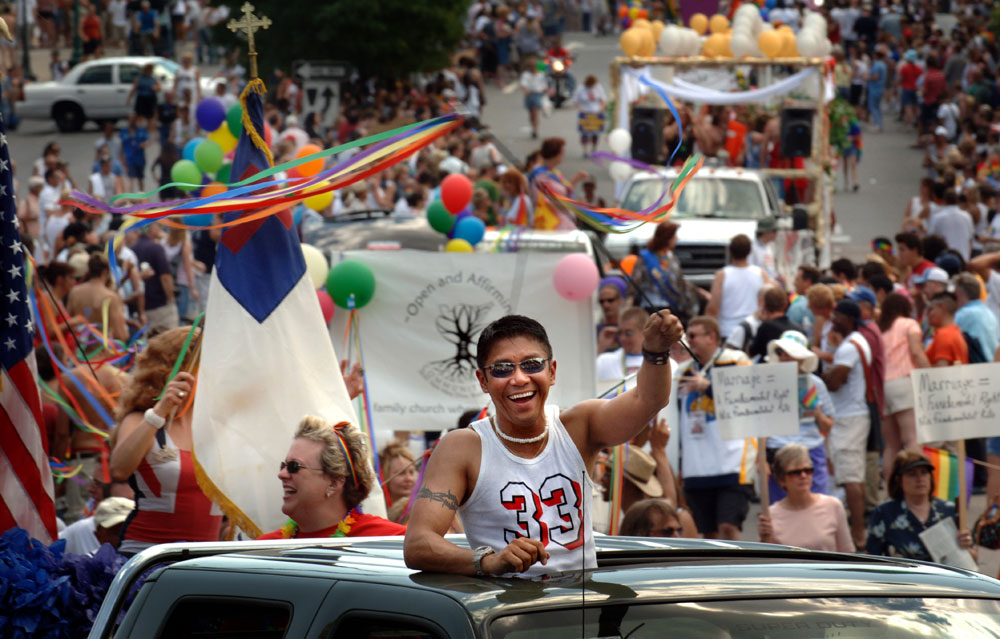 Denver is celebrating its 40th year of Pride this year. For queers, June is synonymous with celebrating our history of finally taking a stand against a society that tried to keep us locked in the closet. It has been 46 years since our queer predecessors took to the streets, starting riots on Christopher Street in New York City. Since then, the riots that sparked a movement are celebrated with sponsored floats and a friendly demeanor. It’s evolved, but so have people, mostly. D

The Center in Denver just released their full Pride schedule for the weekend of June 19.

While it’s not a part of the official pride schedule, I dare one queer not to show up to this amazing line up of former RuPaul’s Drag Race contestants, kicking off pride with a little bit high fashion, a little bit of spooky shenanigans and a whole lot of talent. Come on Drag Nation, let’s get sickening.

Now in its third year, the Big Gay 5K is a timed race from Civic Center Park to Cheesman Park and back. Runners race up 14th Avenue and back. Registration is $30 prior to June 18; $35 after June 18. Runners, walkers, adults and kids are all welcome to participate.

Corner of 14th Avenue and Broadway

Saturday is Family Day at Denver PrideFest, featuring family-friendly activities and entertainment. The Walmart Family Area will include free interactive activities created by the Denver Museum of Nature and Science as well as field games and other craft activities. Complete with a kids parade and petting zoo, what more could you want?

The sixth annual Denver Dyke March, is the closest thing to returning to our roots of the Stonewall Riots. Festivities begin at 10:00 am at Blush & Blu, 1526 E. Colfax Ave. A Women’s Rally at Blush & Blu begins at 1 p.m. and features speakers and entertainment.

Keeping it local, Denver native Coles Whalen will take to the stage with one of Pride’s first performances of the weekend. Whalen has toured the US nonstop and has performed with musicians such as Pat Benetar, Joan Jett, Rufus Wainwright, Paula Cole and Kellie Pickler.

Comedy’s loveable “queen of mean” performs at the Paramount Theatre. Don’t try and take the kids, as most of her jokes are crude and hilarious.

The centerpiece of Denver PrideFest, the parade is the opportunity for all segments of Colorado’s LGBT community to colorfully and proudly celebrate their lives and accomplishments. The parade steps off from Cheesman Park at 9:30 am, exits the park on Franklin Street, turns left on Colfax Avenue and marches to the festival at Civic Center Park. While it lacks the radicalism of the oringal Pride ‘parade’ it’s still a phenomenal time.

Now celebrating her 16th year in the entertainment industry, Mýa is a singer, songwriter, producer, dancer/choreographer, designer, actress and activist most known for her feature on the remake of “Lady Marmalade.”