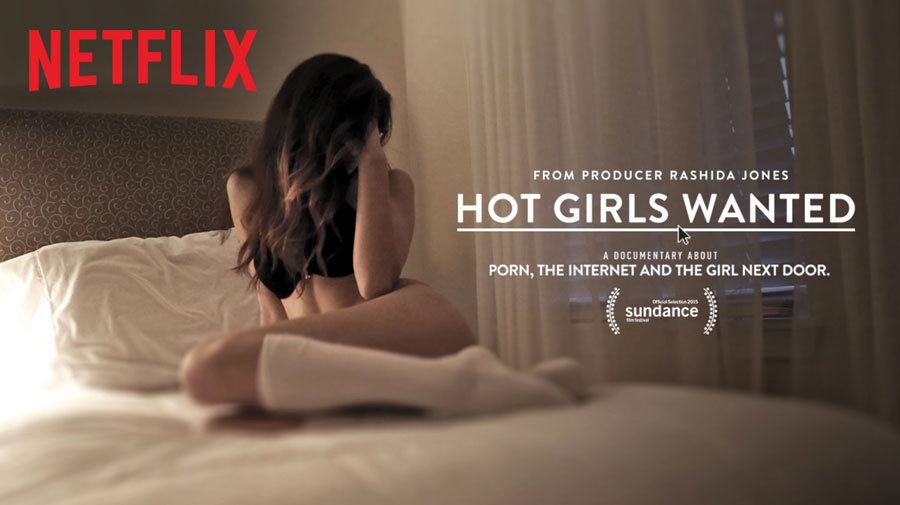 The film tries to hard to be something it’s not. If it was marketed as an inside look at four women, who all entered the industry for different reasons but all ended up in the same Florida suburban home with a young and awkward talent agent, then it would have succeeded. But it’s not. And the not so subtle hints of making the porn industry into the big bad wolf blowing down these young women’s houses one puff at a time, is uncomfortable to watch. Not because of the subject matter, but showing close ups of douches and dirty housing conditions beat viewers over the head, insulting our own intelligence.

It’s not all bad though. The film does a great job at showing the different experiences women have in the industry. It was hard to look away as one of the characters, Tressa, returns home and tells her mom her newest career path. It’s even harder to look away as her “thick” body forces her into more niche scenes, such as bondage or forcing XXL sex toys into her body. These aren’t even the most cringe worthy parts of the film, as some of the women get pushed into similar situations, such as extreme oral scenes that involve vomit and verbal abuse.

It also does a great job at examining class. These women are desperate to get out of their current situations, and move to Miami with promise of being a star and a place to stay. Once they are there, they are living beyond their means. Even with the high paying scenes, these women have to buy their clothes, makeup and transportation to different shoots outside of Miami. As Rachel, another girl living in the house with Tressa, said after a shoot: “Are you kidding me? I made $900 in five hours. I’m going to go home and make $8.25 an hour? No. No no no no.”

Hot Girls Wanted is worth the watch, and is currently streaming on Netflix.