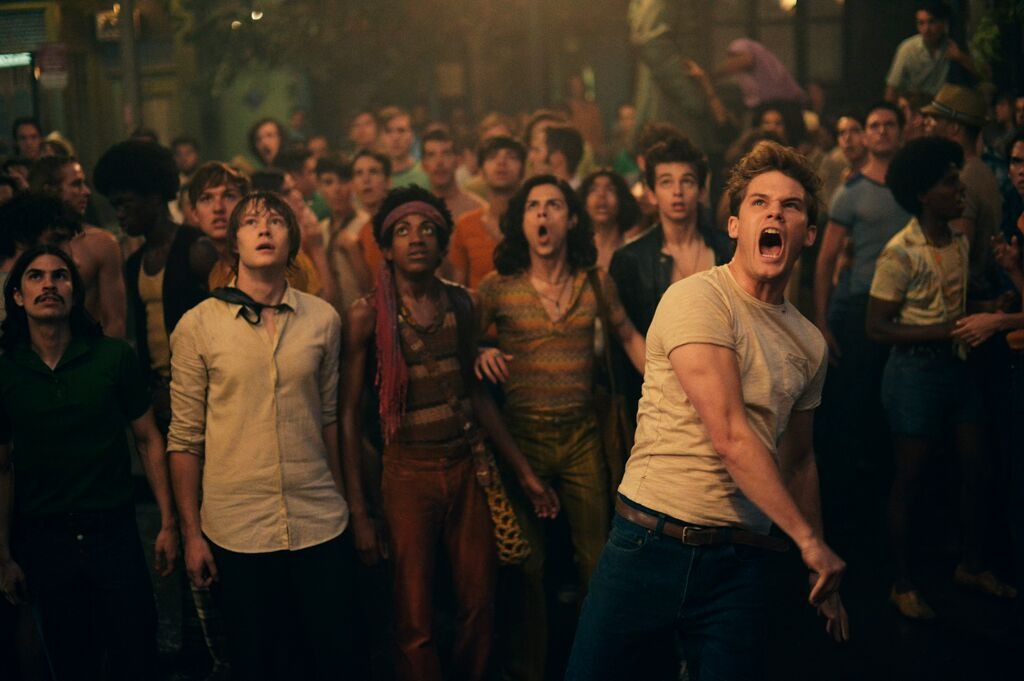 There’s no denying that the controversy surrounding the film Stonewall has taken the queer community by storm. When the trailer was released, a large portion of the LGBT community was in shock, and the backlash began. Yellow Scene even joined in, writing a trailer review and mixing in a brief history lesson about the Stonewall bar and riots. T

We were ecstatic to get invited to screening of the film, and see if the film was as bad as everyone expected. Spoiler Alert! It was.

The film opens with a black and white, slow motion sequence of the first night of the Stonewall riots, complete with fire, stones, yelling and a brief history of life as a gay man in NYC in the late 1960s. It was an appropriate opening sequence. One that filled us with hope that maybe, just maybe, this film wouldn’t be as bad as we all thought.

Danny leaves Indiana and heads for the Big Apple. Once there he heads to Christopher Street, where gay men were known to hang out in 1969. It is there that he meets a ragtag group of young gay hustlers who have turned to sex work to survive. (This was, and continues to be, a reality for many queer youth.) Ray (Jonny Beauchamp) is the leader of the ragtag group of hustlers, and immediately takes Danny under his wing, introducing him to Christopher Street regulars and showing him the ropes.

For the first hour of the film we see Danny’s backstory, and what brought him to New York, and how he is transitioning from a seemingly picture perfect upbringing to being homeless and gay in New York. We see him meet his first drag queen, get hit on, sleep on the street and try drugs for the first time. We also see him start to feel comfortable in his skin, and come out of his shell, especially after he steps into Stonewall.

For those that don’t know, Stonewall was a bar that minorities within the already marginalized gay community could come together. There were people of color. There were trans women. There were drag queens. There were butch lesbians. Of course there were white men, but a lot of them were poor and turning tricks, or they were professionals hiding their sexuality.

This was the point we realized that the movie was as bad as everyone had anticipated. We struggled not to roll our eyes for the following hour of Danny navigating his way through a gay NYC summer complete with a job at a corner store, and budding relationship.

The final nail in the coffin for this film was the climax. No one knows for sure who threw the first brick that started the Stonewall riots, but it is credited to trans women of color. But in the film, Danny throws the first brick and is backed by a group of white men.

This is the reason the film is surrounded by controversy. The film completely rewrites and white-washes queer history. But that isn’t the only thing that makes this film terrible. The plot is boring and predictable. Even the ending is wrapped almost too perfectly together. It is insulting to the audience.