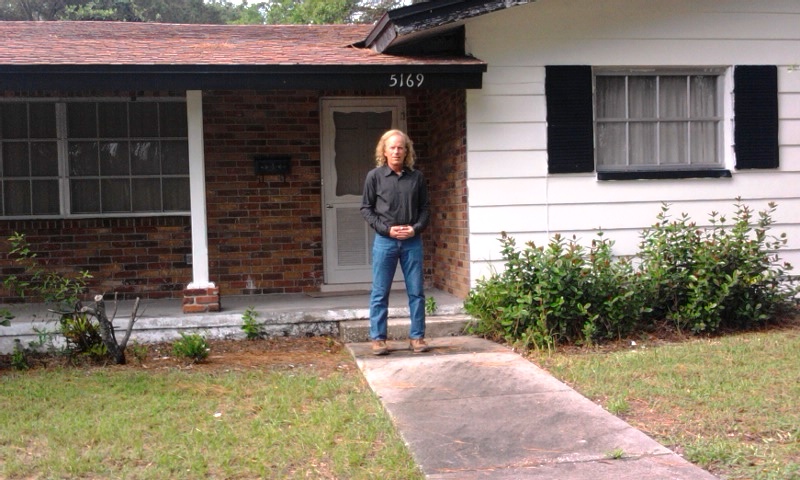 Jim Cohn is the curator of Poet’s Path, an online museum. He’s also an accomplished and talented poet in his own right, so we had a chat about all of that.

Yellow Scene: Tell me about Poet’s Path – what was the mission or intention when you started it?

Jim Cohn: The naming of the domain “Poet’s path” was conscious. I saw the experience of early virtual-museum collection-making as part of a poet’s work. Wind Farm workers have their own Wind Paths. When “Poets Path” came to me, I knew that was it. The Museum of American Poetics was my first step into the digital universe. I started from scratch.

I’d been drawn to papers, collections. Curated lyrics at the Rock and Roll Hall of Fame and Museum––the way the song came out ink-on-paper. I was driving home from the Hall of Fame when I heard the news on the car radio that Allen Ginsberg was dead. The web was just taking off. That night I had a dream of the metadataization of contemporary life. Beat Dharma would be buried. And if the poet’s work is just buried beneath the torrent of data, then there is no subjective culture, no subjective project of truth going on.

I was interested in establishing long-range collections with works by many people––that was MAP’s mission. Exhibits based on international poetries, American diversity, mediums of and through which poetry associates. Poetics Collections––their emphasis on transmission.

YS: Are you performing any poetry anywhere soon?

JS: Not unless they make a law forcing me to. I’m in my Bob Kaufman period.

YS: What does the immediate future hold?

JS: Climate Change, Watson the computer, anti-matter, Pema Chodron, Star Wars, The Way of the Bodhisattvas, troublemakers to teach patience, inner-tasing… I have two new books coming out––Devoid, selected journal entries 1981 to 2012; and an expanded edition of an earlier book of poems, The Ongoing Saga I Told My Daughter (2009). This winter I am going to begin something that will be neither a collected nor a selected book of my poetry. Like Leaves of Grass. I wish to weld a single book of my poetry. So, it’s like a miracle. No time to lose. I’m currently working as a co-editor with the American poet David Cope and the Chinese poet, scholar, translator Professor Zhang Ziqing of Nanjing University on a 100 poet, bilingual empathy anthology based on a tradition form of Chinese poetry practiced over many generations and now serving as a bridge to join Chinese and American poetries and poets. Zhang was a close associate with Wen Chu-an, the first major translator of Kerouac and Ginsberg into Chinese. Since the ties for this project began in 2004 with my writing Wen to see if he’d be interested in publishing my Postbeat poets anthology into Chinese, I’d have to say that at least certain aspects of my immediate future hold roots in the faded past.

Ninth anniversary of my mother’s death––

Old photograph of Lois and her parents moves

as I walk toward it in candlelight.

So, I started talking to them about family things,

smart phones, first pictures of Pluto come back to Earth,

Shell gives up drilling in the Arctic.

Then that female must be very attractive.

Otherwise not much use.”