Why are we still scared of cannabis? 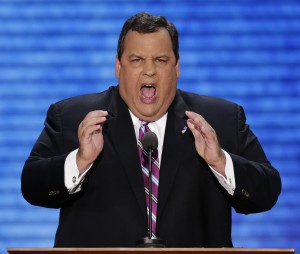 When Republican presidential candidate Chris Christie recently said on Fox and Friends that, “marijuana is against the law in the States and it should be enforced in all 50 states. That’s the law and the Christie administration will support it,” he disappointed many with his short-sightedness. When he referred to marijuana as a “gateway drug” while chatting with conservative radio host Hugh Hewitt, he displayed an astonishing level of ignorance for somebody looking to hold the highest level of power in the country.

In fact, ever since Christie was accused of treachery by GOP insiders after hugging the President following the devastating New Jersey floods, he seems to have gone out of his way to get the far right back on side by wading into increasingly murky waters. This is just the latest example from the man who said “Warren Buffet should just write a check and shut up,” after Buffet manned up and questioned the low level of taxes he paid despite his astronomical income. That a multi-billionaire displayed such rare selflessness and was chastised for it by Christie shows that the New Jersey man’s presidential hug, something that we admired at the time, was a blip rather than a mark of the man.

Here in Colorado, most of us reacted to Christie’s threats with the disgust that they deserved. Since recreational cannabis was made legal in this state, the sky hasn’t fallen down. We haven’t found ourselves overrun with heroin addicts – regular, fun-loving people before the law was passed, turned into druggy zombies after one fat joint. None of this has happened, because that is fantasy-land nonsense created by the right.

They hate that the legalization has gone smoothly. They hate that the dispensaries are respectable establishments that, like liquor stores, are held to high legal standards when it comes to age-checking and secure packaging. They hate all of that, because it means that the marijuana industry is a bonafide business enterprise rather than something seedy.

Cannabis is legal here and people are fine. If there are horror stories to be found, you have to dig deep. Meanwhile, the revenue has rolled (no pun intended) in. The state of Washington soon followed suit after watching us carefully, and others will surely follow. We now see stories of arrests for marijuana possession in other states with a certain amount of bemused humor. Like, “look at those barbarians with their strange ways.” Kind of like the way we looked at Kim Davis and her bizarre stance on gay marriage.

To conclude, here’s one more thought. Occasionally here at Yellow Scene, our advertising reps sell space to cannabis dispensaries. This has nothing to do with the writers because we have strict “church and state” policies here, and never do they mix. But were this writer to sell ads, then he too would sell to dispensaries. Do you know why? Because they are legal, legitimate businesses. We mention this because we get the occasional complaint about it – a letter here or a phone call there. Our response is simple – you don’t complain about our ads for liquor stores and, here in Colorado, there is no difference. If Christie gets his way, then all of that will change.

We certainly hope that doesn’t happen.