A look at alternative medicine 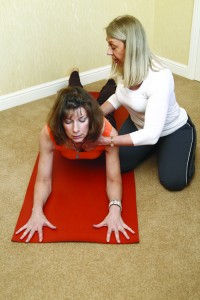 The amendment authorized patients who has been issued a medical marijuana registry identification card, or that patient’s primary caregiver who has been identified on the patient’s medical marijuana registry identification card, to possess: No more than two ounces of a usable form of marijuana; and no more than six marijuana plants, with three or fewer being mature, flowering plants that are producing a usable form of marijuana.

This was huge. Medical marijuana is now legal in 23 states. And every year we learn about a new way that cannabis is helping sick people, even when pharmaceuticals are not. The list of treatable illnesses by cannabis is continually growing and now includes anything from eating disorders to psoriasis. It helps arthritis, stuttering, schizophrenia, chronic pain, posttraumatic stress disorder, and seizures. It helps people sleep, or ease the pain of chemotherapy. The list goes on and on.

These new regulations include a mandatory 30-minute health evaluation, including a detailed medical history, physical evaluation, and patient assessment, with a physician in a clinical setting. Patients must be educated on dosage and disposal, and must follow up with their doctor regularly. Physicians recommending marijuana as a therapeutic option for their patients should collaborate with that patient’s other healthcare providers to ensure and promote a collaborative, coordinated, approach to patient care. Finally, a medical record should be created and maintained for each patient evaluated for marijuana as a therapeutic option.

This is something Dr. Joe Cohen believes is a good thing. For the last five years, Cohen has been the go-to guy in Boulder when it comes to functional medicine. The use of pharmaceuticals is a second line of attack. Because of this, cannabis has become his main practice. And although he sees more than 4,000 patients a year, he has always played by the rules.

“The new regulations needed to happen a long time ago,” Cohen says. “It’s our job to really try and treat these patients. It’s the mills that pump out prescription after prescription from a table at Starbucks that are bringing the industry down. It’s a farce.”

For Cohen, cannabis is what he does. Somewhere in the five years since he opened Holos Health, the doctor and his staff became medical marijuana gurus. And they are showing no signs of stopping. With the new regulations, Cohen has to reevaluate his practice. No longer can he see 4,000 patients a year, both lawfully and logistically.

At the beginning of the year, Holos Health, Dr. Cohen’s company, is expanding within the building. Two new physicians are joining rank, one part time and one full time, to keep the same volume of patients, but still follow state regulations and make sure whoever walks through the door will get the attention they deserve.

“We get patients with all kinds of illnesses,” Cohen said. “Spending two minutes with them is a disservice. By bringing on two new people, every patient will be given the amount of attention needed to help them get better, or ease pain.”

In the years that Cohen has been in the medical cannabis industry, he has seen some amazing feats. A little more than a month ago, he had a young girl walk through his door that was having up to 1,000 seizures a day. Cannabis was her final option as it got to the point where her parents were hoping she would pass, Cohen said. After her evaluation, he prescribed her medical marijuana, and the seizures have completely stopped.

“It gave this little girl a childhood she hadn’t had before,” Cohen said.

It’s not only doctors and dispensaries who are seeing these results. The word is out that medical marijuana is helping people in ways that traditional medicine is not.

“We are often the last ditch effort, and for many of those cases, it works,” Cohen said.

No one knows this better than Robin Hackett. At age 45, a drastic career change was forced upon her. She went from being the first female journeyman steelworker in Colorado to the first medical dispensary to track all of her patients needs in a detailed database. But, it wasn’t an easy journey.

During her time as a steelworker, Hackett fell 35 feet suffering a spinal injury. At first she turned to western medicine and grew dependent on Percocet, morphine, Neurontin and Etodolac. Her liver was failing, which would soon mean that she couldn’t take her medication. It took a friend three months to convince her to give medical marijuana a try.

Eventually, she took the bait and gave cannabis a try. She stopped taking her medications cold turkey, and for 30 days she went through hell and back. Staying in her home, she shook, she vomited, she paced and she consumed a lot of THC.

After her conversion to medical marijuana, Hackett knew that she wanted to get into the business. So, with her sister Cheri, she opened BotanaCare’s doors in May 2011 as a medical dispensary, but unlike any other in the state. Unlike any other in nation, because they didn’t want to just open another dispensary and milk some coins out of the cash cow it was becoming, but rather help people the same way Robin was helped.

“I expected 50 percent of people to come in and exploit the system just to get high legally,” Hackett said. “I was so wrong. What I saw were people with extreme disease and injury. People that have suffered beyond what a human could bear. I had no idea what suffering was before I saw these people.”

She realized that 85 percent of her customers were in need of the medical qualities cannabis offers. These people were in the same boat that Robin was in just a year before, and they were turning to BotanaCare as their final stop.

They walked into the store with a tiny drop of hope that these two sisters could help them in any way, even if it was just to alleviate some of their pain. After these people walked out, the Hackett’s realized that they meant so much more to their customers than they ever imagined.

“These people were putting their trust in us because the word ‘medical’ was in the name, and we have not earned that. That scared me,” Hackett said. “Also, they thought we knew what we were doing and we didn’t, but I wasn’t going to let a soul down.”

So Hackett hit the books, and began studying exactly what cannabis had to offer. She barely slept. She read nearly 8,000 research papers. She was determined to find the answers to help these people’s problems, no matter how much research and time it consumed. She told every customer that came in, as she held his or her hand, that she would do everything in her power to help them as long as they continued to come in. It had to be a team effort.

She created an online database that tracked every strain, every attempt and every visit for every single customer brave enough to work with her. She was, and continues to be, the only medical marijuana dispensary in the nation that keeps a detailed database of costumers and the products that work for them.

That’s what makes the Hackett sister’s dispensary a stand out. But it’s only part of the equation. The dispensary also consults with every new costumer, and will even develop a new medication to their needs.

Her mission is directly on par with that of Dr. Cohen. They aim to help people, and they are doing so every day.

There was a change, however when amendment 64 passed in 2012 legalizing the recreational use of marijuana. At first, it threatened business, at least in their minds. But, as recreational use become legal, people turned to medical. And the medical marijuana industry continues to boom, as this season was the busiest Dr. Cohen has ever seen.

But, how do traditional doctors view medical marijuana? Some are embracing it. Some are ignoring it. Some are indifferent. But, most are still unwilling to talk about it. After reaching out to numerous doctors, both in public hospitals and private practices, not a single doctor, with the exception of Dr. Cohen, agreed to chat with Yellow Scene about the issue.

And while they don’t prescribe medical marijuana to their patients, they are branching out and giving unconventional methods of health a try. Take Boulder Community Hospital, who at the first of the year will be training employees to bring specific modalities of alternative care to patients in hospital settings such as yoga, in bed movements, breathing exercises, essential oils, and reiki, as an example.

The hospital, which already uses integrative care in the form of acupuncture, massage, and occasionally reiki, will be working with the organization Urban Zen to introduce the new alternative care programs.

Urban Zen’s mission is, “to change the present healthcare paradigm, to treat the patient and not just the disease. Through our partnerships, we are transforming patient care in hospitals, healthcare education in nursing schools, self-care in the home and emergency relief in disasters.”

The training will take months, but the hospital is aiming to have at least 80 staff members trained by the end of the year. Those 80 spots will be offered to nurses and physicians who express interest, and will be scattered throughout the different sections of the hospital.

“Training isn’t going to be easy,” Mary Taylor, core faculty member of Urban Zen, said. “They are going to be trained in all of the modalities in a methodical way. They will be tested, and required to do homework. Above all, they have to practice yoga daily, use the essential oils, and incorporate these practices into their daily lives.”

The practices would be integrated into the hospital fully. It will not be a special section. If a trained nurse recognizes an illness or pain that could be helped by one of the modalities offered by Urban Zen, they are to recommend it.

“We are really excited to bring it into our hospital,” Virginia Carducci, director of rehabilitation, behavioral health, and innovative care at Boulder Community Hospital, said. “It’s a really wonderful addition for our patients, and we are all looking forward to getting it started.”

Even as they welcome new alternative medicines, they still stray away from medical marijuana. But, maybe this isn’t a bad thing. Dr. Cohen knows the importance of understanding what you are working with, and makes sure that the people around him do the same. Through Holos Healing, he leads budtender classes so his patients get the care they deserve outside of his office walls.

“You have to care about your patients, and offer them the best solution,” Dr. Cohen said. “Sometimes it’s cannabis, sometimes it’s not. The patient comes first, no matter where you work.”