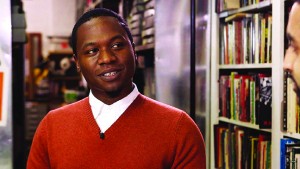 Russia and North Korea set off missiles. Denver-based Stem Ciders plans to build a new production facility in Lafayette with a taproom, restaurant and surrounding apple orchard. Hamilton comes to the DCPA Feb. 27-April 1… 2018. Out like Flynn: after 24 days of service on the security council, Flynn was pressured to resign after he lied about discussions with Russian officials. Yemen told the U.S. to suspend Special Ops missions after Trump’s first military operation ended with several civilian deaths and a SEAL casualty. The administration declined an ethics orientation program to prepare the White House staff for several ethical and legal issues. Trump rescinded the regulation law that barred the roughly 75,000 mentally disabled persons who receive a check from Social Security from purchasing firearms. Some of the bomb threats to Jewish schools and community centers were linked to disgraced journalist Juan Thompson, who was trying to frame an ex-girlfriend. He was fired from The Intercept in 2016 for fabricating sources. Trump accused Obama of tapping his phones, citing no evidence despite having the authority to disclose any FBI documents that would support his claim. Several trade shows will abandon Salt Lake City over Utah’s intent to develop public lands. Denver has already bid on the largest show, Outdoor Retailer, which would establish the area as the industry hub. La La Land Moonlight won the best picture Oscar. South Korea removed its impeached president Park Geun-hye.

$880B
Cuts to Medicaid over 10 years under the proposed healthcare bill. (Congressional Budget Office)

QUOTES
“The Court finds that Lafayette does not have a public purpose in bringing the Petition in condemnation. The articulated need of acquiring open space for the purpose of creating a community buffer between Lafayette and Erie is inconsistent with Lafayette’s actions in development the Hwy. 287 corridor. Instead, Lafayette’s actions are more closely aligned with a previously articulated goal to ensure that Erie does engage in commercial development on Nine Mile Corner.”
—Norma A. Sierra, Boulder County District Court Judge

“I have been called a surrogate at a time or two in that campaign and I didn’t have — did not have communications with the Russians, and I’m unable to comment on it.”
—Attorney General Jeff Sessions, in his confirmation hearing

“Nobody knew that healthcare could be so complicated.”
—President Donald Trump

“And I don’t mean to judge them at all, but this group of millennials and related groups simply have different understandings of the words loyalty, secrecy, and transparency than certainly my generation did.”
—Michael Hayden, former CIA director