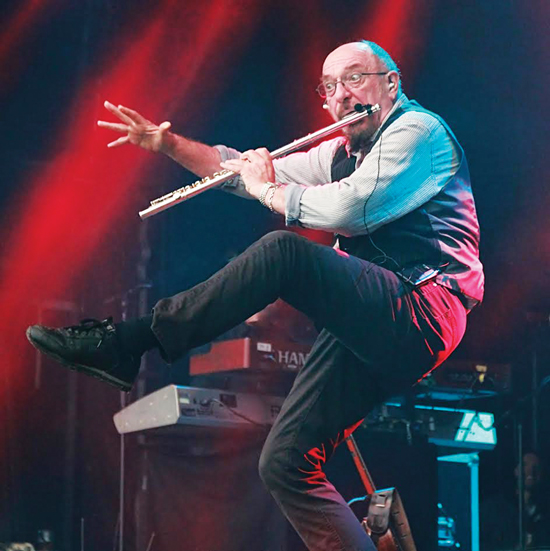 Ian Anderson, known for his otherworldly flute playing in Jethro Tull, just released Jethro Tull — The String Quartets (BMG), featuring the world-famous Carducci Quartet. Anderson and band will make a stop at Red Rocks on May 26 where they’ll be joined by the Colorado Symphony. We spoke with the veteran Scottish rocker and frontman about the new album and modern-day touring.

Yellow Scene: I didn’t realize how well the Tull songs lended themselves to orchestral interpretation until I heard the String album.

Ian Anderson: Each song that we chose had to be dealt with on its own merit; some could be more literal, some had to be a little bit more re-worked to make them sound okay for the traditional classical string quartet arrangements. The danger is when you have music that is based on the blues scale that it becomes rather odd-sounding when you have that literally translated for orchestral forces. So, generally speaking, my music is probably easier than it is for some folks because the degree to which I include the blues scale is relatively infrequent and most of my melodies lend themselves perhaps a little more easily to orchestral arrangements, which I’m sure the members of the Colorado Symphony Orchestra will appreciate.

YS: What has it been like recording and touring all these years?

IA: It can be very arduous and demanding and stressful, but it’s less so these days, because since the days of the Internet, many things have got a lot easier to plan and organize and the detail tends to be taken care of ahead of time. All of these things we do today, we couldn’t do 20 years ago. We had to have people called tour managers who tended to be holding a lot of the strings rather like a puppet master. A lot of bands and musicians are lazy; they want everything done for them. We’re all grown up; we’re all in long trousers. The band have their itinerary and their booking codes; I see them on the airplane. No one misses a flight. No one’s ever late.

View all posts by Chris Callaway →