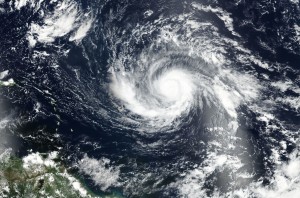 Irma downgraded from a category four hurricane to a tropical superstorm on Monday September 11, after barreling toward the Florida coastline and moving further inland toward Georgia. Irma’s winds were still recorded to be reaching dangerous levels after Monday. Resulting floodwaters made rescue efforts a difficult task for restoring power and other facilities around cities like Tampa, Miami and Orlando. The Erie Historical Society is working to preserve and restore the Wise Homestead Mill which is known as one of the town’s first historical landmarks. The mill is situated on the south side of Jasper road. Future plans for a housing development threaten the current state of the building unless the Wise family can achieve a grant or enough donations to relocate it to the nearby Homestead museum property. Lafayette police responded to two incidents of vandalism after a jewish couple discovered swastikas carved into the front door of their apartment on two separate occasions since Tuesday, September 5. Many parts of Colorado’s Western slope are continuing to struggle, especially in rural areas due to an ongoing loss of coal jobs. Targeted western communities are working toward stability after the shutting down of the New Horizon coal mine in Nucla last year and future plans for the closing of the Tri State Power Plant by 2022. Colorado reached the four year anniversary of the devastating floods that struck a majority of the Front Range beginning the weekend of September 9, 2013. Flood waters affected 17 counties, covering nearly 200 miles of Colorado, North to South. Boulder County commissioners concluded after a presentation on Thursday, September 8, that the county’s full recovery from the flood will not be completed until 2020. A large number of restaurants and other eateries in Boulder, Denver, Aurora and more are hosting month long fundraisers to raise money for a variety of different hurricane relief organizations. The fundraisers are directed toward benefitting victims of Hurricane Harvey, Irma and more with a majority being scheduled throughout the end of September.

“I’d hope the City Council chooses not to regulate music in our city.”
Louisville resident and musician Joel Hayes commenting on Louisville’s recently proposed noise ordinance. The ordinance stemmed from a collection of residential complaints on the city’s late-night culture downtown.

“This isn’t just a goal for the state. This is something that applies to everybody, in your daily life whether you’re work or at home, whether you’re a local government, or a private business, or a university.”
Environmental protection specialist, Wolf Kray, of the Colorado Department of Public Health and Environment discussing the significance of the states recently proposed waste diversion goals that are set to bring the Colorado’s percentage of the waste it diverts from landfills each year to reach the national average by 2026.

“I think I had a heart attack on the site. We had to pull in some medical help.”
Joe Setrich of The Denver Museum of Nature and Science said laughingly. Setrich is the dinosaur curator of the museum. He visited an excavation site in Thornton where a T. Rex tooth was unearthed by museum workers on Thursday, September 7 among some triceratops fossils at a construction site.

In capital improvements projects that were proposed to Boulder County Commissioners on Thursday, September 7. Projects range from improving the Boulder County Jails administrative space to the potential expansion of the county’s Allenspark trash transfer station and recycling dropoff center.

Total number of homes and businesses that lost power in Florida after the storm made landfall.

Of the northwest and a portion of the northeast corners of Colorado that were reported to be abnormally dry after data released on Thursday, September 7. It is higher than where the state was standing a year ago.

Less construction workers in the state today than there were in 2007, when Colorado was at its peak in the industry.