OPINION: Oil & Gas Reform is on the Horizon 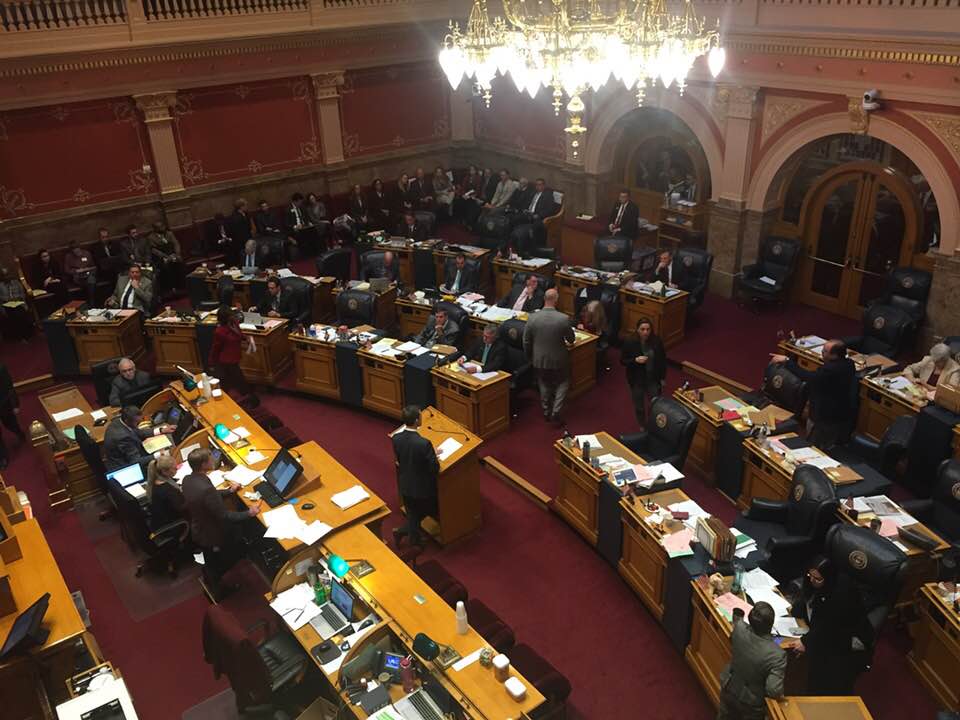 For years, residents impacted by oil and gas development have been actively engaged at both the state and local level seemingly to no avail, but that is about to change…

The Colorado Senate and House have both passed the bill known as SB19-181 which will change how oil and gas is regulated in Colorado. Since the bill was amended in the House, it must now go back to the Senate for a final vote to verify that they concur with the amended House language. If passed, the bill will then go to the desk of Governor Jared Polis to be signed into law. The Governor has been supportive of the need for increased protection of public health and safety for communities facing large-scale oil and gas operations as the technology has advanced.

The recent amendments that were added in the House were mostly technical in nature, but also strengthened air quality requirements, ensured greater protections for wildlife and the environment, and professionalized the COGCC.

Much of the controversy surrounding this bill has been unwarranted. Elected officials and leaders of industry groups have declared that this bill is a de facto ban and will be the demise of the industry in Colorado, and also the entire state’s economy. On the other extreme, groups are crying out that this bill changes nothing and that the industry will carry on with business as usual. Well, both of these cannot be true and we must look to the actual language of the bill as amended:

(1) The CURRENT mission of the Colorado Oil and Gas Conservation Commission (COGCC) is to “FOSTER” the responsible development of oil and gas while taking into consideration the protection of public health, safety, and welfare, but also cost-effectiveness and technical feasibility. The bill will UPDATE the mission of the COGCC to “REGULATE” the development and production of these resources in a manner that PROTECTS public health, safety, and welfare, and the environment. It should be noted that it was the advancement of technology over recent years which led to the ability of operators to place large-scale industrial hydraulic fracturing operations in close proximity to communities that really drove this need to address health and safety;

(2) Local governments are charged with protecting public health, safety, and the quality of life of their communities. Under the current regulations, Local Governments do not have the authority to zone for oil and gas development which has resulted in residentially zoned communities ending up with large-scale fracking in their midst. This bill enhances the local governments’ ability to protect public health, safety, and welfare and the environment by clarifying, reinforcing, and establishing their regulatory authority over the surface impacts of oil and gas development including land use authority, ability to inspect facilities, and impose fines and fees. Each local government can decide for itself whether they want any additional control above what the state requires. It is optional;

(3) This bill clarifies that the Air Quality Control Commission (AQCC) retains the authority to regulate the emission of air pollutants from oil and gas operations. It also includes provisions to minimize emissions through monitoring, regular inspections, and leak detection and repair for all phases of development and production;

(4) This bill will allow the state to require financial assurance sufficient to cover the actual anticipated costs such as reclamation of the wells, and also the cost to cover the reasonably foreseeable costs to process the applications. The current financial assurance required for an operator with 100 or more wells is just $100,000 even though the cost to plug and abandon just one of those 100 wells is currently estimated by the COGCC to be $83,000. (The estimated cost to plug and abandon 100 wells is $8.3 million);

(5) Residents along the Front Range have become all too familiar with “forced pooling” which is the ability of an operator to force non-consenting mineral owners to lease their minerals. Although this method of forced pooling may have been beneficial in the past when “pools” of oil and gas which could lie under multiple properties were being drained, these rules are no longer working as it only takes one consenting mineral owner in an entire residential community to then allow the remaining homeowners to be forced into leasing, not to mention that the oil and gas trapped in shale deposits does not flow until it is fractured.

For residents facing the impacts of oil and gas development in their communities, this bill as amended includes strong protections for public health, safety, and welfare, as well as the environment. These residents can look forward to this much-needed change as the new rules becomes reality through the required COGCC rulemakings and a new outlook from their local governments. However, this bill is not a de facto ban as it does not include a blanket setback or other provisions that would result in the demise of the industry in Colorado. The greatest change for the industry will be the need to help reduce emissions by increased air quality monitoring, leak detection and repair, the willingness to work with local governments when applicable, and to avoid proposing large-scale oil and gas development near residential communities, schools, playgrounds, drinking water reservoirs, and on tax payer funded Open Space.

You can read the bill text and amendments here: https://leg.colorado.gov/bills/sb19-181

View all posts by Laurie Anderson →
Laurie Anderson is a resident of Broomfield and a member of Broomfield Health and Safety First (the group that passed Proposition 301 in Broomfield). She is a Mechanical Engineer by trade, but is currently working to bring a voice to communities impacted by residential fracking. She focuses on cumulative risk analysis and health impacts of oil and gas development near residential communities.