The Denver Art Museum’s newest exhibit, Serious Play: Design in Midcentury America “presents the concept of playfulness in postwar American design as a catalyst for creativity and innovation. This exhibition will explore how employing playfulness allowed designers to bring fresh ideas to the American home, children’s toys and play spaces, and corporate identities,” according to the press release. It opens to the public on May 5, 2019 and runs through August 25, 2019. It is co-curated by Darrin Alfred, curator of architecture and design at the Denver Art Museum (DAM) along with Monica Obniski, Demmer Curator of 20th and 21st Century Design at the Milwaukee Art Museum (MAM). Alfred was on hand for the media preview and provided the talking notes and tour of the exhibit.

Let’s discuss Midcentury. It’s not as a safe an idea as you want it to be.

First: a timelapse walk thru.

Midcentury. It’s an idea and a time rooted in nostalgia. Curbed Magazine wrote that everyone is obsessed with it but struggled to define it, stating, “‘Midcentury modern’ itself is a difficult term to define. It broadly describes architecture, furniture, and graphic design from the middle of the 20th century (roughly 1933 to 1965).” This era (mid 30’s – mid 60’s) is filled with sentimental attachments for the Silent Generation and Baby Boomers – born between 1946 and 1964 – because it captures the power of a generation, for the Silent, and the magic and imagination of childhood for Boomers. The time was important for many reasons: it was the post-war years; America had defeated evil once and again; the economy was booming and we had peak American prosperity;  we witnessed the explosion of the American middle class and the concurrent development of the single family detached home; there was rapid adoption of the American lawn; new arts were exploding and old ones were growing; we watched the great architecture of Frank Lloyd Wright change the world of possibility; and we saw the imposition of American ideology through foreign policy internationally as well as, awkwardly, domestically. 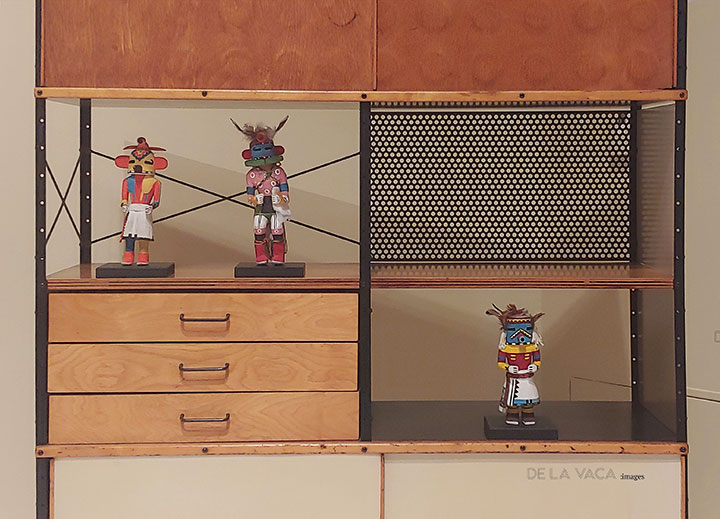 When we talk about midcentury design and the incredible wealth that fueled it, we’re also obliged to discuss the parallel, systemic, exclusion of people of color from that prosperity and, by extensions, access to that design; that is, to kitchens with avocado green appliances, lounge sofas, and specifically American textiles. The issues of the Midcentury era are not few; Jim Crow, segregation, redlining (the practice of excluding areas filled with people of color from home loans, the same loans that fueled the rise of the white middle class into homes filled with Midcentury design elements), the development of the federal highway system that was used to cut through poor neighborhoods both to fuel gentrification and divide community solidarity; and the expansion of the Ku Klux Klan Across America, most notably here in Colorado.

Midcentury is a concept that can apply to home design, landscape architecture, architecture writ large, furniture, clothing, but most notably is used to discuss the accents. When I say accents I mean everything that goes into our lives. The chairs, the TV’s, the curtains, the fabrics…the very colors of our life. This cultivated nostalgia, firmly ensconced in a time of rampant White supremacy, in widespread American design dominance, is also what we are forced to think of when Donald Trump says “Make America Great Again.” This is also the time that his family had solidified power over the New York real estate market and were engaged in any number of alleged tax schemes to enrich themselves while simultaneously denying access and power to the poor residents of color there in New York. If the era of Midcentury design is generally thought of as being from 1933 – 1965, we should note that Trump’s father was arrested at a Klan rally in 1927. Trump was born at the halfway mark of Midcentury, in 1946. Childhood nostalgia, indeed.

It’s all very Norman Rockwell right? It’s very Brady Bunch and Leave it to Beaver and everything’s okay except it wasn’t. Not for all of us. The Denver Art Museum’s design exhibition, as beautiful as it is, brings that to light in very subtle and – I would guess/hope – accidental ways. When I walk through the exhibit and take a picture of every single actual human being that was featured in the almost exclusively black and white imagery and I see that it’s all white people, with the exception of two Black American children and, disconcertingly, one African-American man serving white people in the corporate section of the exhibit. Really? What does corporate have to do with play in the first place? Let’s not dig into that.

Can you spot the three Black people in these images taken at the DAM Midcentury exhibit?

Did black people not have homes, not use some design? Were they just not photographed enough to be included in this exhibit? In fact, where was everybody else? It brings us back to that age old dyad of race relations in America being a black and white problem with the rest of us continually erased, except – as always – in the appropriation of Native American artifacts. In an age where reservationalization was having its heyday and poverty, disease, alcoholism, and violence were skyrocketing on these small pockets of uninhabitable America given as leftovers to the indigenous of this continent, here we have Hopi Kachina dolls used as home decor instead of as sacred objects.

It wasn’t just White designers, though. Ray Komai is a Japanese-American designer who was interned at the Manzanar concentration camp in California under Roosevelt’s infamous Executive Order 9066; Americans imprisoned in America for the crime of being of Japanese descent. The Forgotten History of Japanese Designers is less than subtle in pointing out the hypocrisy of the War Relocation Authority presenting “his resettlement in the most chipper terms, as if no disruption had occurred”. Let’s be clear that being a person of color doesn’t excuse racism and, in fact, in an era of virulent racism the best way to survive is to internalize and personify the dominant group’s power structure; it’s an actual psychological phenomenon called internalized oppression. His use of the African tribal mask – consuming them, appropriating them, and creating textile fabric patterns out of them – is one example of clear racism. I would be remiss if I didn’t ask if that designer, or the design house that commissioned them – Erwine and Estelle Laverne’s Laverne Originals – gave anything back to the African communities that they stole that design from.

It’s all a bit traumatic, if you get lost in the weeds of it. I’m forced to recall that my own family, Native and Latino, owned a furniture store in Los Angeles. My grandfather started it in the 50’s and at one point it was the largest furniture company in Los Angeles, or so I was told. I’m not as versed on the history of the shop as I should be, but Baywood Furniture Manufacturing still exists in the work of my cousin, and we have a long history of making, remaking, upholstering, and recreating design work from throughout history, including Midcentury. Being based in LA, coupled with the era’s popularity, made commissions in this style commonplace.

I’m also very aware that many aspects of my childhood – all our childhoods – were impacted by the design of the era, regardless of the societal evils that limited participation by so many of us. “While midcentury American design may be familiar to some audiences, this exhibition sheds light on work by many designers from the perspective that play can be a serious form of experimentation,” said co-curator Monica Obniski. “Play can be serious” is the point that stays with me. Designers are cupable for creation, and we’re cuplable for consumption, but it’s incredibly difficult to separate all the noise out from the fact that these images, patterns, colors, ideas…all of it makes up childhood for so many of us.

The exhibit is truthfully full of curiosities, lighthearted goodness, excellent design, and interactive activities for the tactile among us. The breadth of playfulness even ends up traversing what Alfred called “the Willy Wonka tunnel” into a room specifically for play, cementing the title of the exhibit and reminding all of us – even a critical mind like mine – that it’s ok, relax, maybe try on a mask and snap a picture with friends. This isn’t, after all, our grandparents generation.

Midcentury design never went out of style, even if it waned a bit. The first major exhibits on the movement didn’t even begin till the late 90’s, with major museums picking it up in the early 2000’s. Pop culture influence (a la Mad Men circa 2007) kicked it up a big notch. Boomers, it would seem, are a sentimental bunch, but it’s not just Boomers who are in love with the past. The Millennial generation also venerates all things antiquated; it’s a hipster thing, even for those who don’t identify as hipsters. Fact is, it’s nice to have an era of overlap, where design that was so popular a generation ago, and never died, and is known by younger generations, is seeing a popular resurgence. It would have been nice if there were a more conscious effort to address the massive elephant in the otherwise well decorated, kitsch, fun, nostalgic room. Let’s just make sure it’s an inclusive and accurately remembered resurgence.