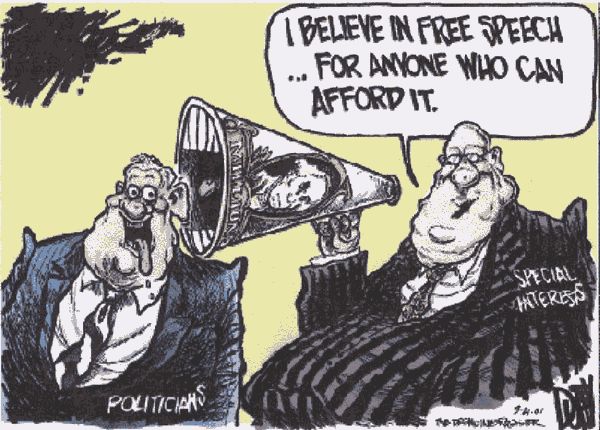 SLAPP stands for “strategic lawsuit against public participation.” But what is it, really? A SLAPP action is a lawsuit, brought without valid claims and not actually intended to win on the merits, but with the intent of harassing and intimidating critics with legal costs until they are forced to abandon the criticism or opposition.

Public interest attorneys (full disclosure: like me) routinely face SLAPP actions against their clients in court in Colorado. The vast majority of my clients are either regular people, or small and local environmental organizations, who are only asking the courts to enforce the law. Although folks can and do disagree about what the law says, the right to access the courts to fairly obtain justice is fundamental to maintaining civilized society and protecting the public. The people getting SLAPPed are using their own time and money to bring cases in the public interest – not their own. There’s no pot of money waiting at the other end of the public-interest rainbow. Even before any SLAPP action is filed, the threat of having to defend a meritless claim in court silences many who are afraid to speak.

Litigation is expensive, there’s no getting around it. Either to my clients or to myself in the number of unpaid hours worked. There are costs and fees associated with filing cases, holding depositions, retaining experts, ordering transcripts – the list goes on. SLAPP actions waste precious resources of the parties least able to afford them; that’s the entire purpose of bringing a meritless SLAPP action.

Twenty-eight states have adopted anti-SLAPP legislation, but Colorado is not among them. Colorado has developed case law that performs of the functions of an anti-SLAPP law, but it does far too little to discourage the filing of SLAPP actions in the first place. One of the best ways to discourage frivolous SLAPP suits from being filed is to allow a trial judge to quickly dismiss them and shift the cost of defending them to the proponent. The risk of dismissal and cost shifting requires a serious consideration of the merits of a claim before it is filed. Just such a measure was put forward on Wednesday in the Colorado House of Representatives, HB-1324, sponsored by Representatives Lisa Cutter and Shannon Bird, and Senator Mike Foote.

Anti-SLAPP legislation has been fairly described as a double-edged sword, which of course has to be drafted to ensure proper safeguards to guarantee that legitimate claims are not dismissed. Everyone must have a fair, equal opportunity to present legitimate grievances to our courts, including businesses who encounter public opposition. However it is also important that our judicial system not be treated as a game where the “players” use tactical, but factually meritless, legal claims as a weapon against their opponents.