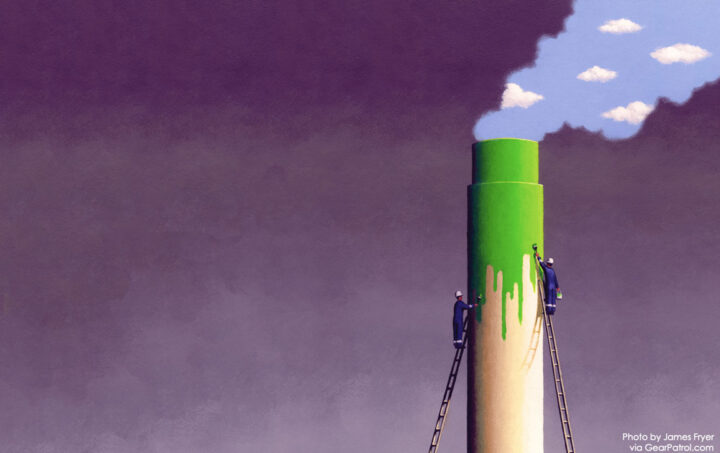 Boulder, CO: seven square miles surrounded by reality, a haven of fitness and sustainability, academics and innovation. In times like these, where we are slowly becoming aware of the extent of Covid-19’s spread, there’s a lot to be concerned about.

People are losing their jobs, shops have shut, restaurants are trying to make to-go a successful business model, and the overall sense of dread and angst is seeping through our daily lives from all directions. No “but” could change the nightmare that has descended upon so many of us, but Covid-19 has had some astounding effects on the environment.

There, I said it. I’m ashamed, but it’s April, and Yellow Scene is getting down and dirty with all things sustainable. (Don’t worry, the pollution will be back in a couple of months. (Check out Deb Cameron’s piece on the Brown Cloud in this issue.)

Around the globe, it’s becoming ever clearer (if it wasn’t already) that we, the human species, play a major role in climate change. The unfortunate thing is that Covid-19 is the reason for this recent, blatant, smack-in-the-face evidence. I’m sure you’ve all seen the pictures of China’s air quality. It’s honestly shocking to see. We’ve (almost) all gone home, stayed home, saved lives, and cut a major chunk out of the 32 percent of greenhouse gas emissions that the transportation sector produces. In fact, 72 percent of the transportation sector is driving. In New York City, there’s been a nearly 50 percent cut in pollution compared to the same time last year. In China, emissions fell by 25 percent and coal use fell by 40 percent at six of their largest plants. In Northern India, the Himalayas were seen from a city 100 miles away for the first time in 30 years. In Europe, nitrogen dioxide emissions have started to fade away in Northern Italy, Spain, and the UK.

I can confidently say that we all prefer it hadn’t happened in the first place, given the profound loss of life, but, can I also say that we as a country tend to learn from extremes? The effects of the measures that have been implemented by countries around the world – in an attempt to save lives – have been incredibly beneficial for the environment, momentarily. It is with utmost certainty that once the world is over and done with Covid-19, the great gears of our beloved capitalistic machine will begin to churn with more oomph than before. The same happened in 2008 after the economic crash due to a slow in industrial activity (and serious spending and home buying). The world fell into a period of uncertain peril, but the environment benefitted. According to the Global Carbon Project the global emissions of Carbon dioxide dropped by 1.3% in 2009. Even though 2020 could see a 5.5% drop, the UN predicts that a 7.6% yearly drop is required to stop global temperatures from hitting that 1.5C.

As fascinating as it is to see the effect we can have by staying home, it is by no means sustainable as long as we are dependent on our current economic infrastructure. The only useful outcome from this is that people may start to realize what role they play in climate change. Some of us will remember the effects of our withdrawal and know that if the world we had before Covid-19 was one extreme, and Covid-19 was the other, then somewhere in between the two there must exist a world and society with viable solutions. 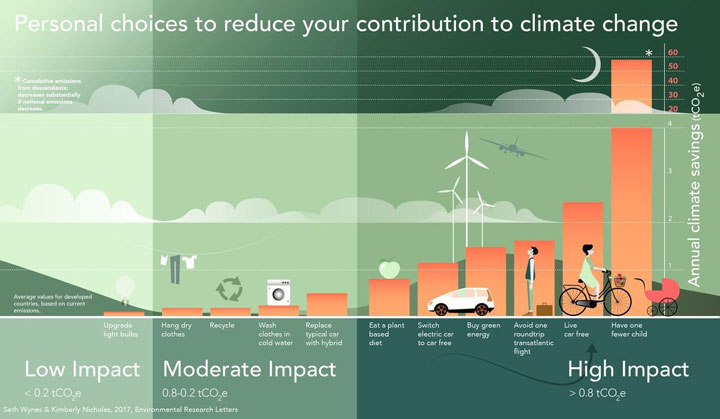 It sounds like we have a lot of work to do, so what better way to celebrate than with those already implementing sustainable practices or producing sustainable goods. We spent some time looking at our own community to see who’s who, which companies have taken it upon themselves to change for the better. The list is long so here are our favorites.

Supposedly they’re nuts for nuts and we dig that. From office practices to simplifying their supply chain, they’re taking bold steps to becoming an even more sustainable company than they already are. Working with efforts such as Conscious Alliance and Whole Planet Foundation they’re doing what they deem necessary in order to give back.

For fifteen years they’ve been working to help businesses throughout Boulder grow, maintain practices, and produce products that are healthy, environmentally conscious, and that benefit a collective epicenter of natural products.

They’re using local sourced material to build homes. Building homes with high quality marble, wood, and stone from all around the world costs a lot of money, and for those who can afford it, it might be a necessary luxury, but the amount of emission such building adds to the environment is unnecessary.

Small steps aid the big fight. This Boulder landmark repurposes linens as rags, uses natural enzymes to clean their drains, and uses a water recovery system to clean their outdoor areas. And they do all that while being luxurious and gorgeous.

Their goal of having zero waste is bold but attainable. They’re working towards it by investing in natural gas powered trucks and wind power.

Their floors are made of 100 percent bamboo. They used reclaimed lumber and recycled insulation for the construction.

Helping businesses deal with their hard-to-recycle items, composting, and electronics disposal. They also use biodiesel fuel in their recycling fleet, efficient route planning, and use low or no lighting at their warehouse.

Their new data center uses outside air to cool for close to half the year. It also has a reflective roof, collects rainwater to be repurposed, 92 percent of construction waste was recycled, 20 percent of new materials were from recycled products, low sulfur fuels to reduce emissions from backup generators, and energy efficient lighting technology. They partnered with Boulder’s own Namaste Solar to build 25,000 solar panels supplying them with 10 MW of direct current electricity.

They have a goal to reduce carbon emissions by 25 percent between 2010 and 2020. They also allow third party groups to assess the sustainable initiatives of the company, work to lower water usage, work toward waste reduction, and have energy efficiency initiatives.

Prides itself on eco friendly packaging, relationships with local farmers and ranchers, and reduction of waste. Tends to source from companies than maintain high quality standards and eco-friendly practices. Even if they are heat mapping stores to prevent unionization, which we find despicable. 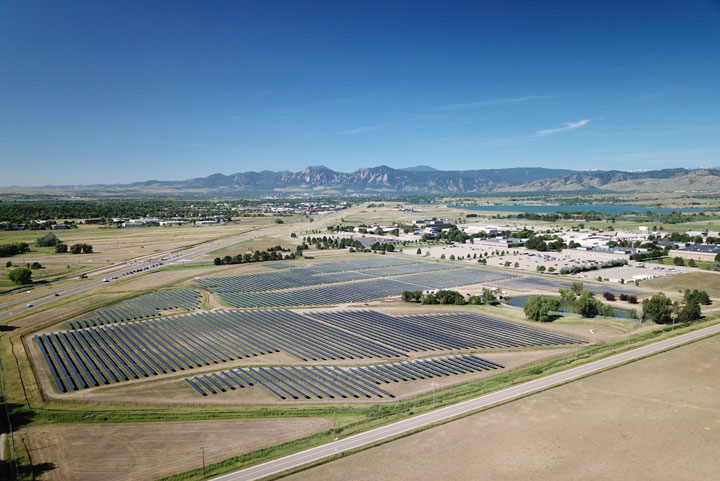 Greenwashing: What is it and why should we care.

We live in a capitalistic society. You know it, I know it, we all know it. A company’s job is to make money and a CEO’s job is to make the profit margin grow. If a company isn’t making money, they’re not going to survive. Fortunately for us, the consumers, we’re able to have a say in which companies grow and which don’t (usually). Many companies now understand that climate change is something everyone should be fighting. If people can profit off it at the same time, you can rest assured that potential profit will have a major impact on the decision.

Companies know that going green is expensive and, for most, finding that balance between a zero carbon footprint and economic growth can be difficult to do. Therefore, some companies over the years have sophisticated their marketing ploys to attract us. Think using the word Natural vs. Organic. We’ve all experienced it and probably fallen victim to it. It’s called greenwashing and it’s our job to be aware of it as we make decisions in our purchases and move forward, it’s the easiest way to make a change every, single, day. So put your money where your rational and logical understanding of the preventative measures we can take to fight our collective environmentally (and self) destructive tendencies.

An Ode to the Rich.

Point blank, the rich are rich and they buy more stuff than we do, and that causes more pollution. In January, 2020, Gary Wockner, Colorado activist, published a Medium article focused on the role that wealth plays in regards to the amount of pollution produced. Wealthier people will inevitably spend more money. They will also spend money on things that are harder to find. Whether it’s buying fruit out of season, importing your own special cuts of Kobe beef directly from Japan, or fish that was flown in the same day just for a fancy dinner party, more pollution is produced. When they’re building homes they tend to use better wood from South America, marble from India, and carpets from Iran. They buy their cars from Germany (high end german cars are still built in Germany), clothes from Italy, and so on. Those in lower socioeconomic classes will inherently spend less, buying things that cost less and tend to be shipped in bulk. Of course they might still make similar purchases but it would be presumably less frequent and in lower quantities.

Because Boulder is incredibly wealthy, with an average home price hovering around $1 million, Wockner makes the assertion that Boulder is responsible for a much larger percentage of pollution than it admits to. Known for its progressive and eco-friendly ideologies, Boulder doesn’t include external factors in their sustainability reports, aka, if it’s not produced here it doesn’t count. Quoting a report by C40 Cities, Wockner writes, “Cities and urban consumers have a huge impact on emissions beyond their own borders since 85 percent of the emissions associated with goods and services consumed in C40 cities are generated outside the city; 60 percent in their own country and 25 percent from abroad.”

It would be hard for Boulder to take on the lifecycle of each resident’s every purchase, but in a town as affluent as Boulder, shouldn’t we at least admit to a larger percentage of the local pollution than less wealthy areas with more localized industry? Wockner says that when City Of Boulder staff were asked why they don’t account for “life-cycle supply emissions they answered that, ‘there’s not yet a commonly accepted method to count those emissions.’” Ok, fair, but shouldn’t that be stated clearly so we, as consumers, know to grapple with the uncounted?

There’s a lot to be proud of within the Boulder County community, and there’s a lot of work being done to become more sustainable, but if it’s really true that the county doesn’t currently consider it’s global impact, maybe we’re doing ourselves and the world an injustice. Maybe we’re just continuing to beat around the bush. Maybe we can do better.