The Fashionable Face: Masking Up 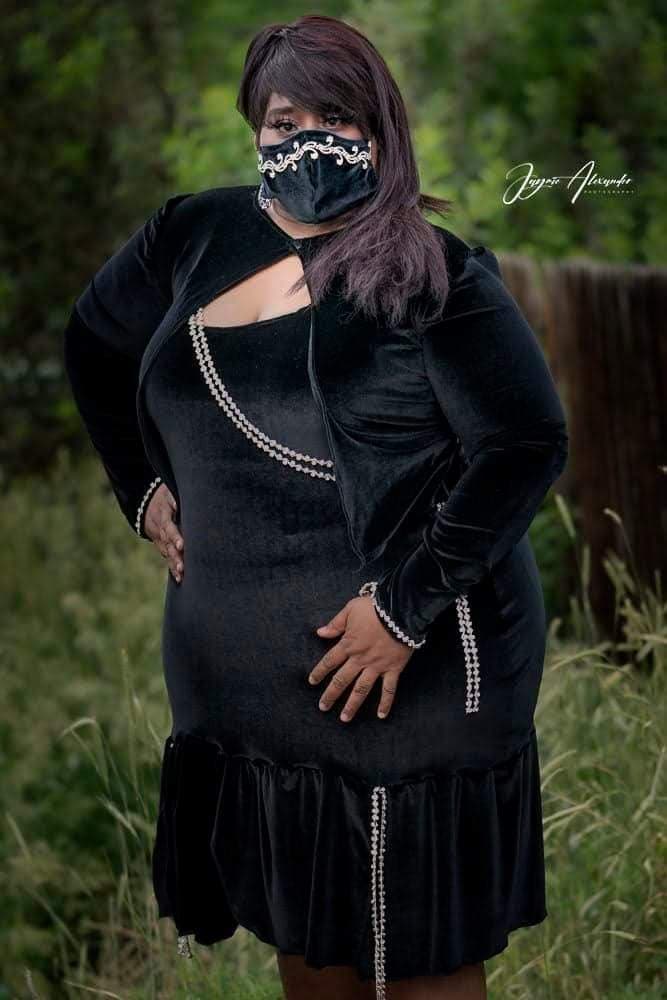 Since the beginning of the Coronavirus pandemic Denver designers have banded together to make masks in bulk for the local community as well as many others around the country. But as demand has slowed down, they have shifted their focus to more artistic endeavors – making masks with a more fashionable appeal.

“At first we were making them out of necessity,” says Jana Smith, owner of At Your Service Event Planning and Producer of Denver’s Unique Week of Fashion. “We were initially just making them for healthcare workers and first responders. Most of the healthcare workers in Denver were given one mask per day when, typically, they would change them out in between every patient. They were essentially wearing our masks over their masks to protect the medical masks so they could wear them for longer.”

Jana heard about the shortage of masks for healthcare workers and started reaching out to designers for help. “I reached out to 10 or 12 designers at the beginning,” she says, “but two designers have really spearheaded the movement here locally.”

Smith said the art community really responded to the call to action. “It was a beautiful thing. A community that is normally competitive and full of introverts came together to make thousands of masks and gowns that have been distributed all over the country.” One of the designers Smith spoke about is Missy Caldwell, Owner of Misfitmissy, who said she had already started making masks because of a recent illness.

“I had just done New York Fashion Week and gotten sick before I came back to Denver. So I just started making masks just in case,” Caldwell says. “I already had a stockpile of masks for an upcoming show and was going to give them out to the audience.” She had planned on using the masks as a way for the audience to participate in the show because she was going to incorporate masks into many of her designs. “Masks were already set to be a trend for the Fall shows before this all started,” she says. “The trend was more lace masks. They just shifted to making them for safety.” 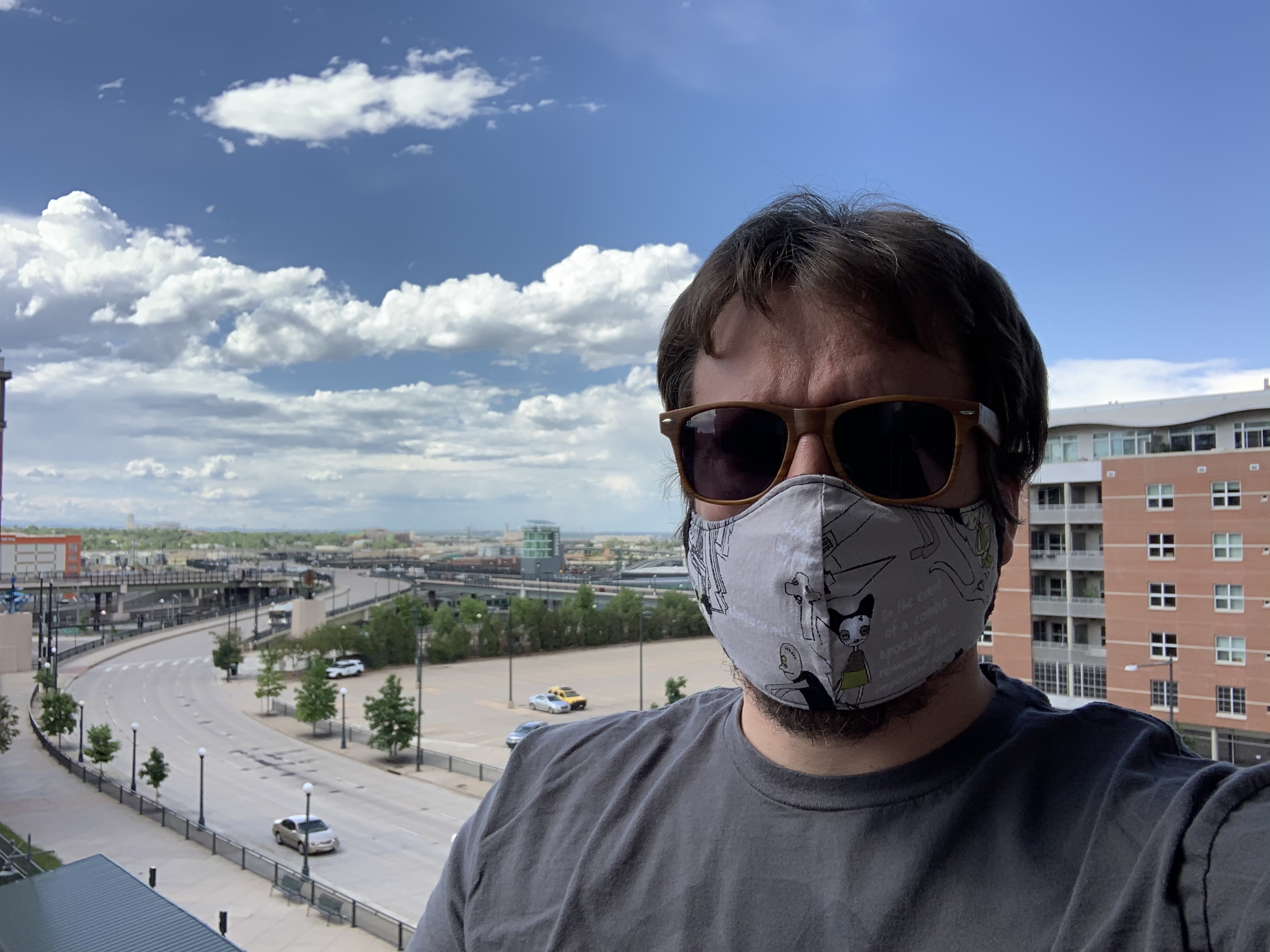 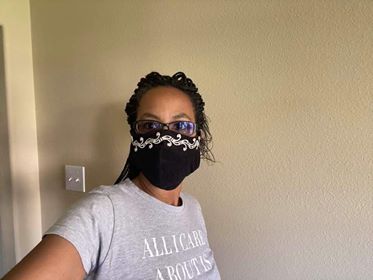 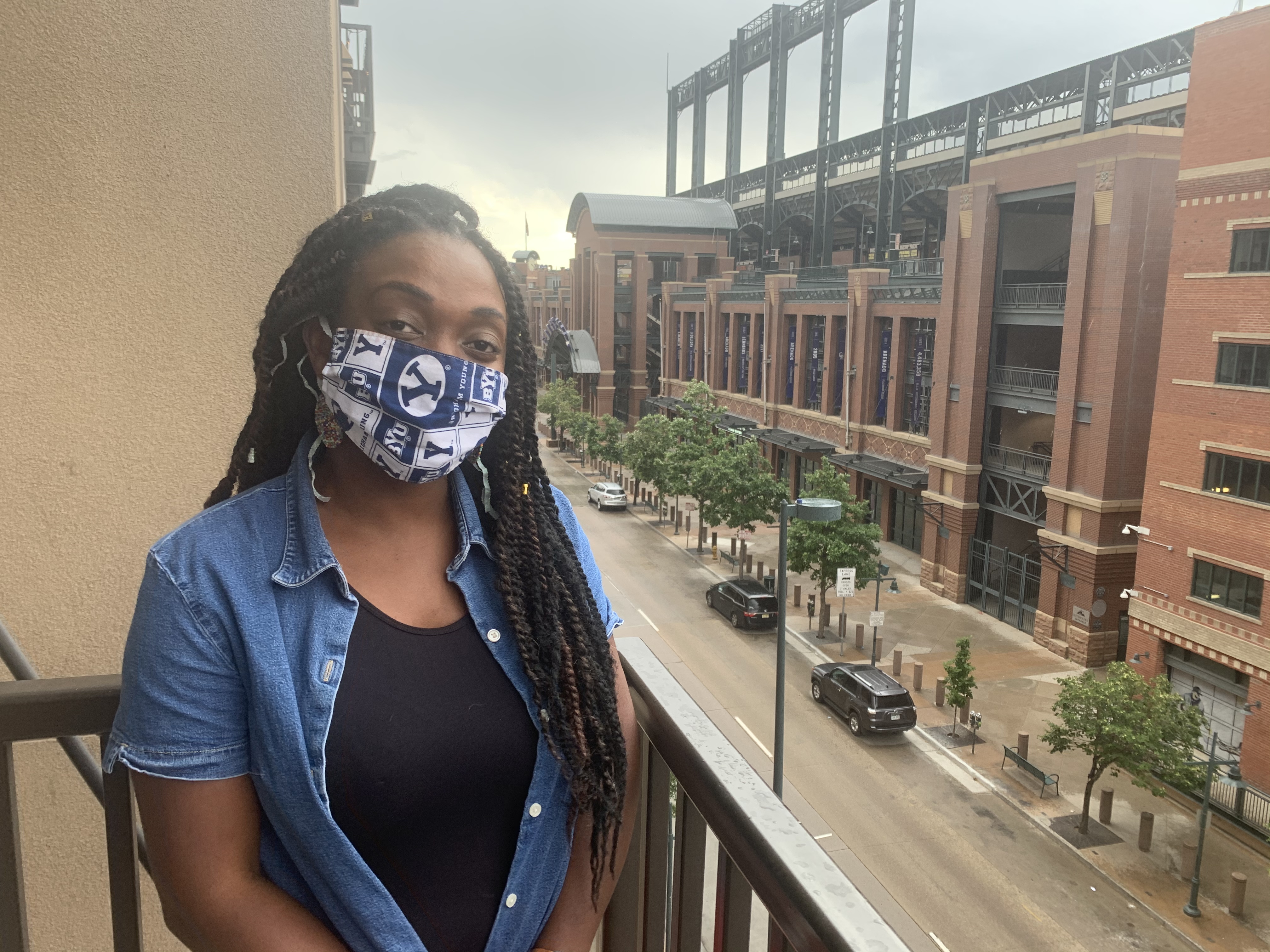 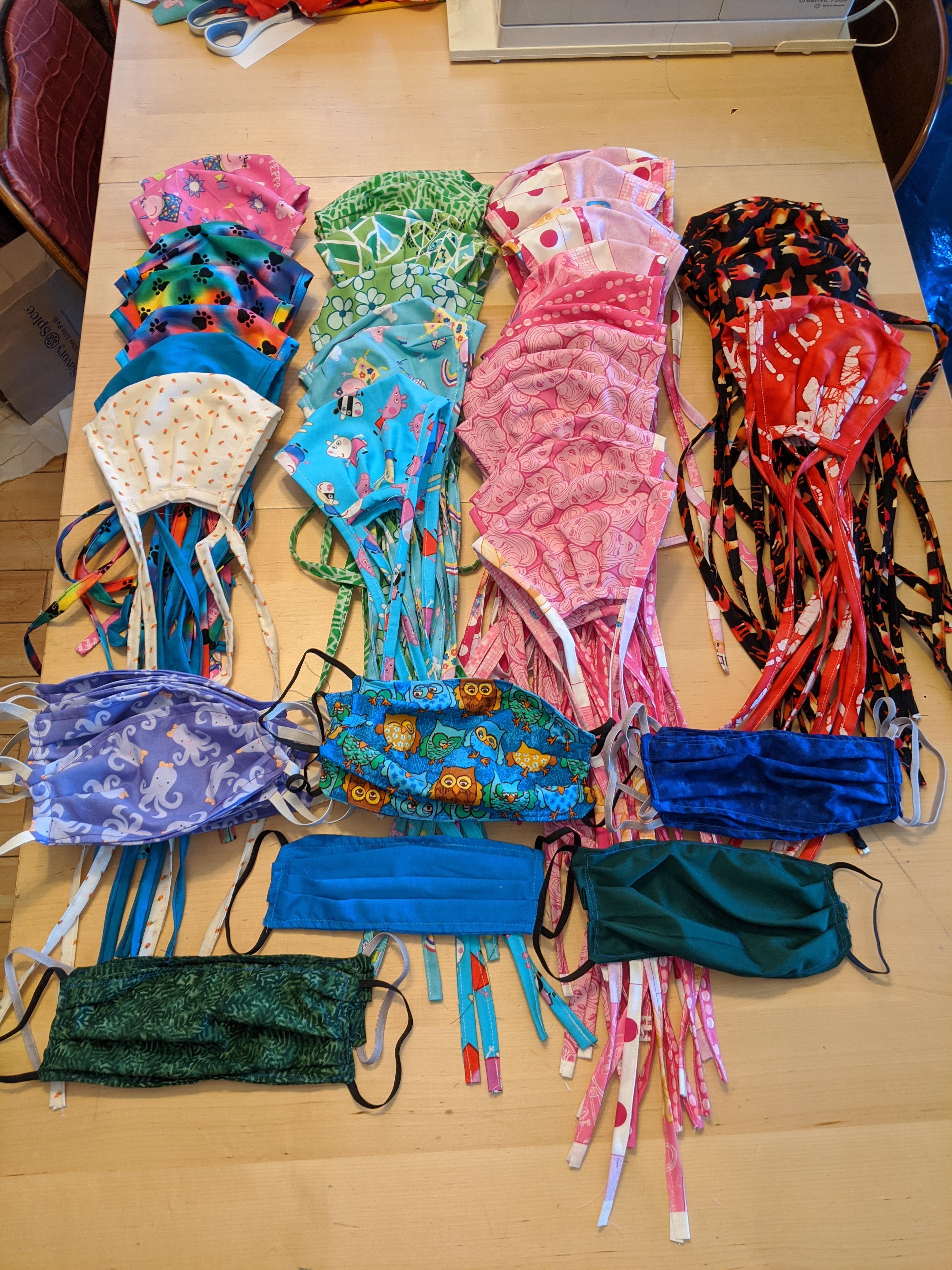 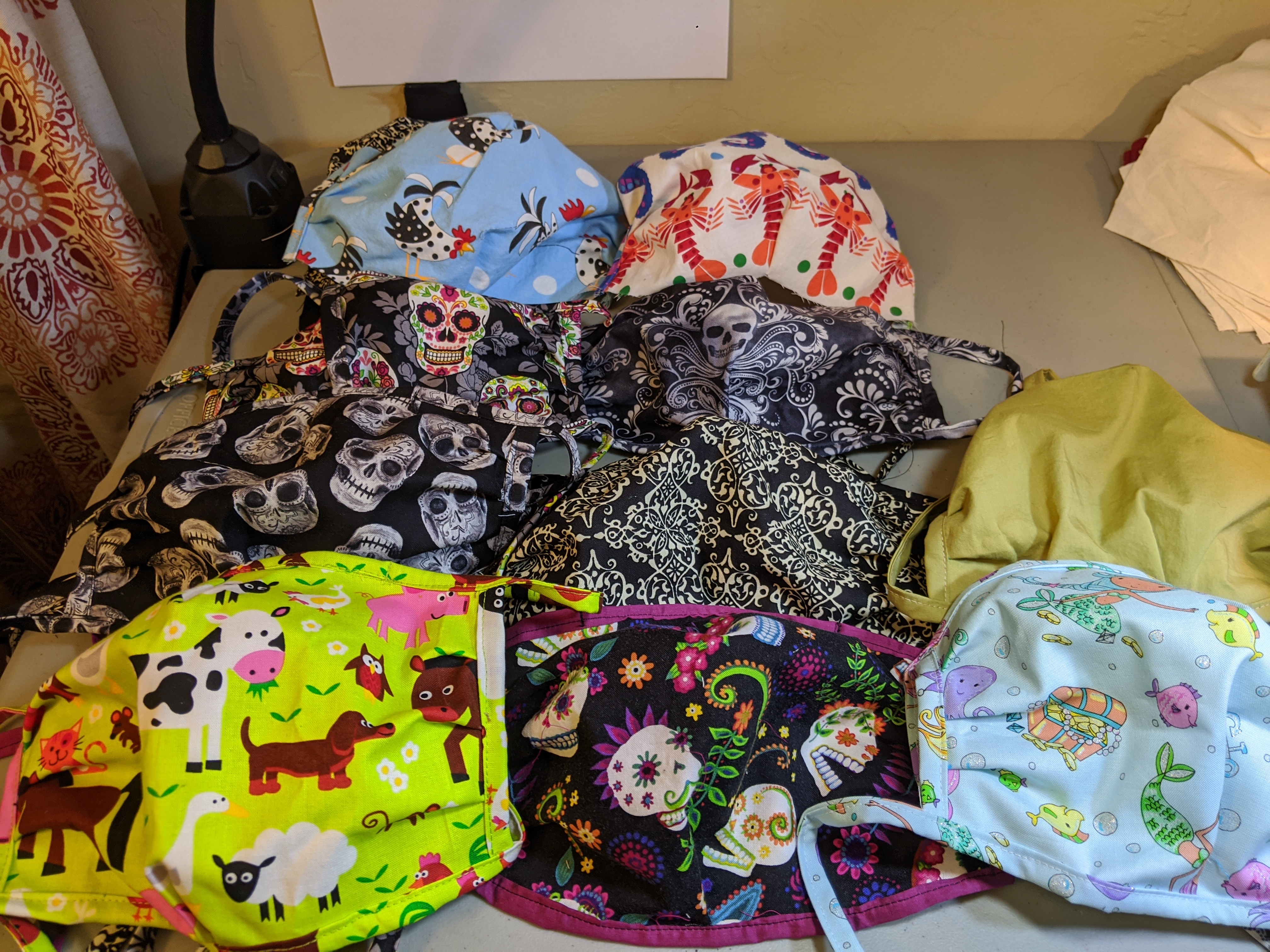 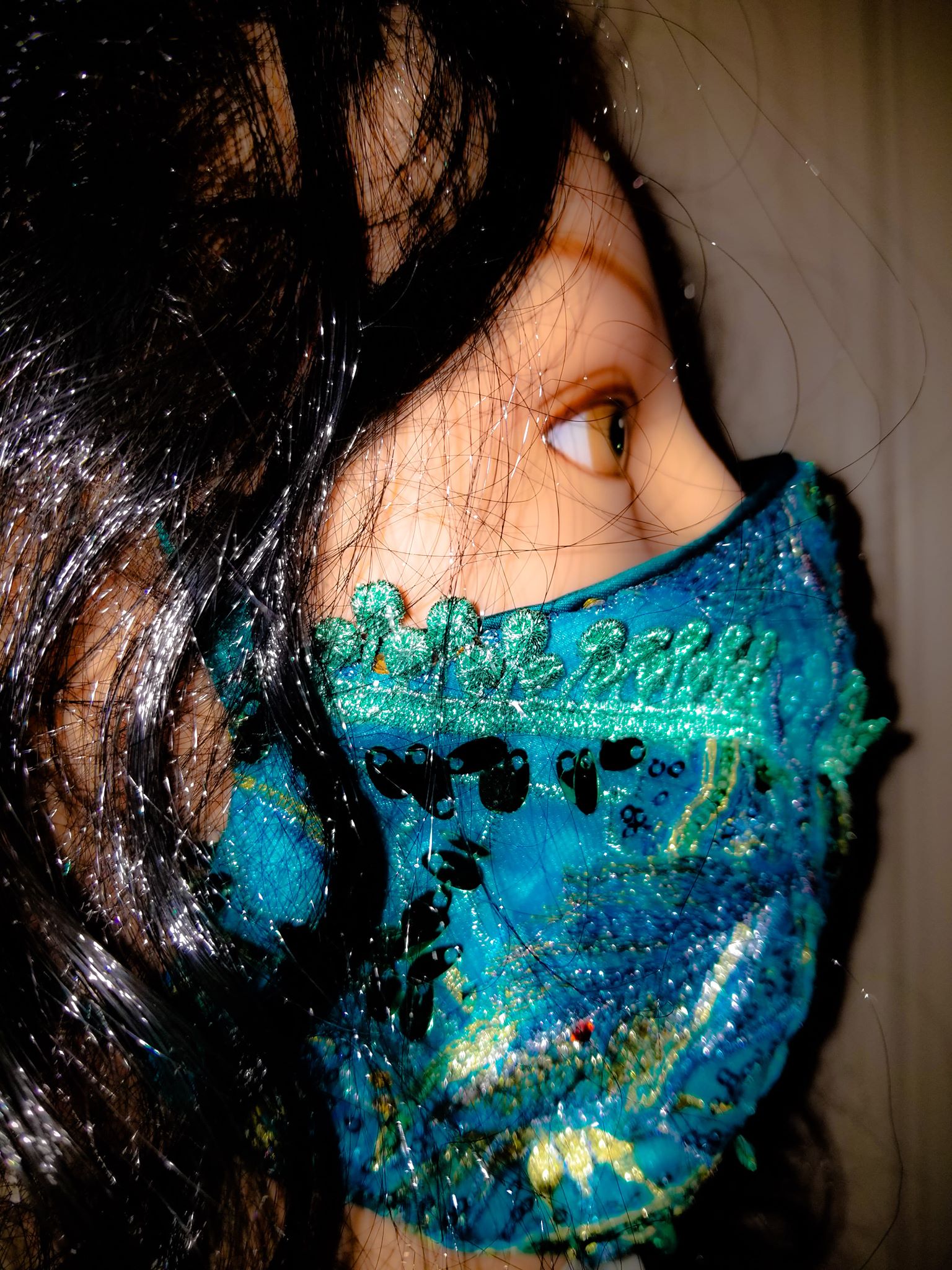 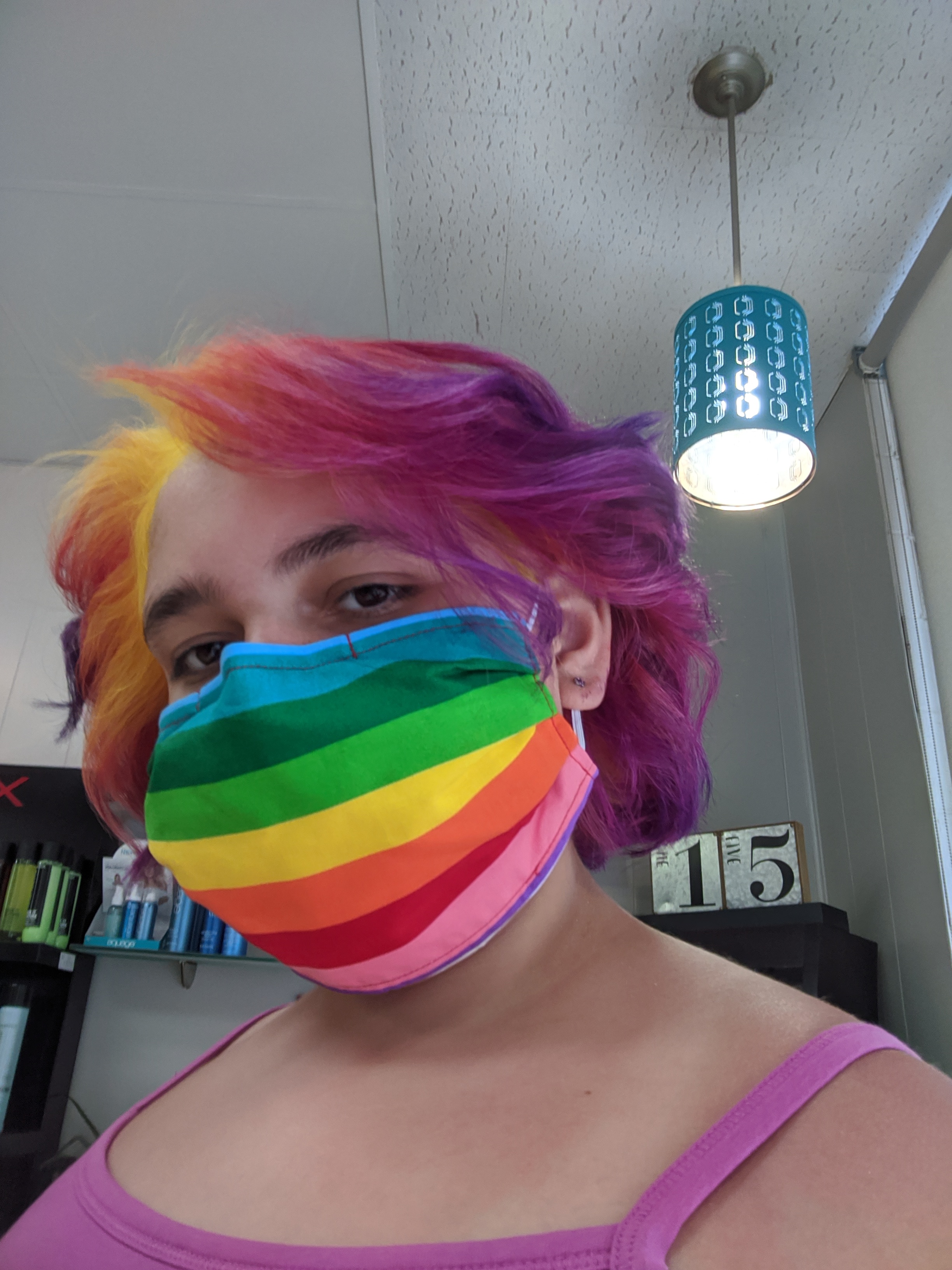 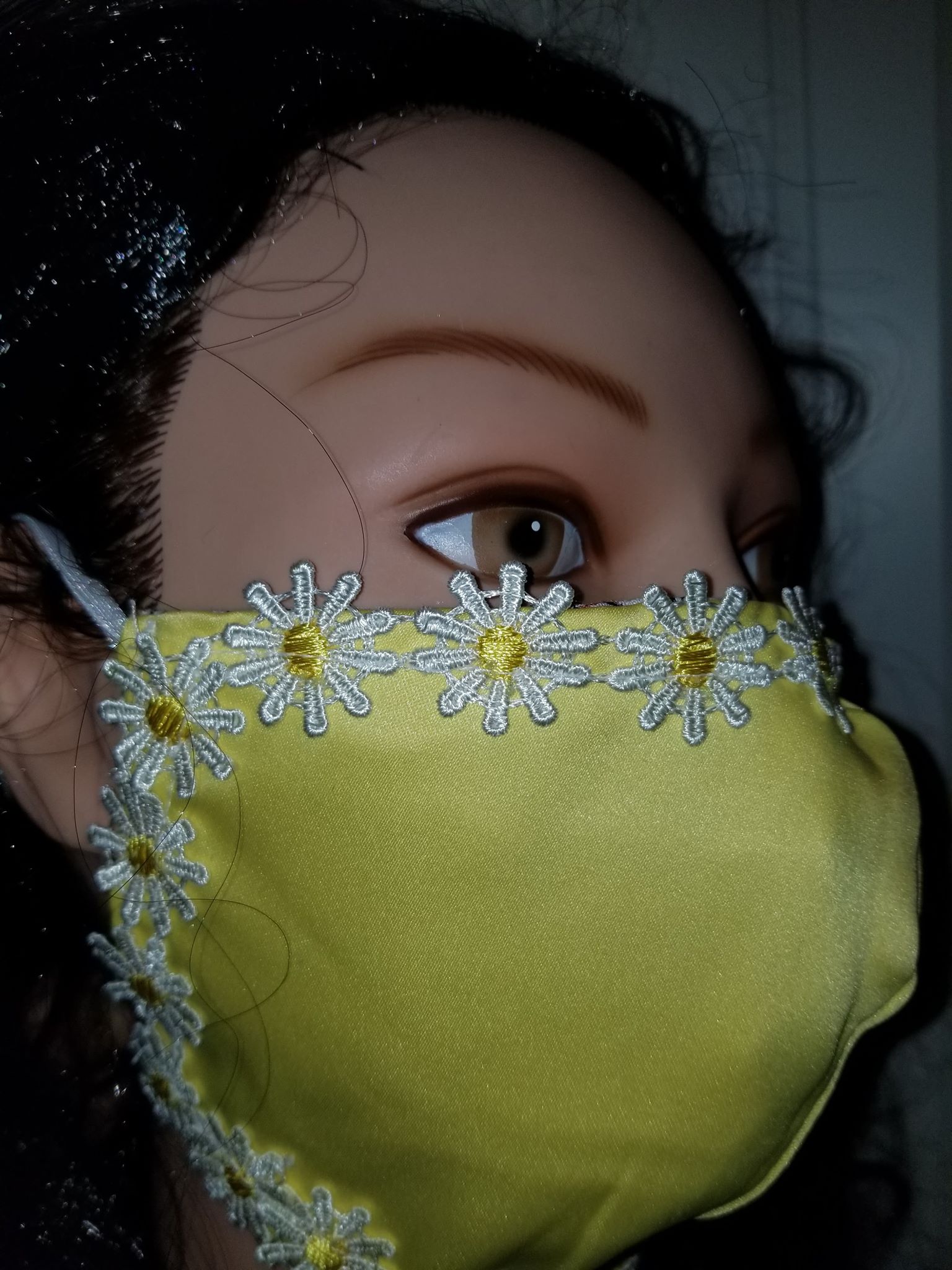 Smith spoke with healthcare professionals to make sure that what they were doing was effective and was told cotton and cotton-blend were the best fabrics. At the beginning, though, they didn’t really have much choice. “At first we were just using leftover fabric because with lockdown everything was closed; they really had to work with what they had,” she says. “We were heading into Spring Fashion Season and had all these gowns and designs ready for shows, so we started using the leftover fabric.”

As fabric started to run low, she tells us, some had to turn to ripping up t-shirts and sheets. “I started by using fabric left over from making clothes for my daughter,” says Julianna Aberle-McClellan, owner of Julianna’s Wardrobe. “In the beginning everyone was in a panic because we had to get things done.”

As supplies ran low, that’s when the community really started to come together. They created a Facebook page and used it as a resource for sharing supplies. “We were trying to band together to make the best of a horrible situation,” Smith says. “Regular people were donating supplies like fabric and threads and other supplies, and delivering masks.”

Caldwell said she was working around the clock to make masks and only recently started taking days off again. At first it was just to help the medical community, because they were running out of PPEs, but then she started reaching out to those in her community and at one time she individually messaged every one of her friends to ask if they needed a mask. “I can’t even count how many I’ve made,” Caldwell says. “I sent masks to New York, California, Florida, Texas, people at the Post Office, Navy, Army, anyone that wanted one I’d send one. They’d ask for a couple and I’d send them extras just in case.”

Caldwell’s daughter is in the Navy, quarantined on a ship, and asked for some masks, which is when her custom designs really started to take off. “The first one’s I sent had messages in them to my daughter, when you hold the mask up to the light you can see the message… like ‘thank you for your service’, and ‘you are beautiful’ and ‘love yourself’ or ‘the future is bright’.”

The designers said at the beginning the healthcare workers and emergency personnel would take what they could get. But as the public started asking for masks the demand for custom masks went up.

Caldwell has made masks in specific colors to match outfits with two-tone, rainbow, reversible and even McDonald’s colors to match workers’ uniforms. Then she started getting more creative by adding fabric flowers, charms, and nice trim, as well as creating matching accessories like headbands. But the modifications weren’t all for show; she also modified the designs to lower the mask off the ears, or tighten the fit, or adding cushions for the nose and ears.

“To make them more fun and whimsical they were adding crystals, multiple fabrics, embroidery and other accoutrements,” Smith says. She has seen a lot of new designs in recent months, including company logos, super heroes, smaller ones for children, and Black Lives Matter themed. One designer made culturally appropriate masks free for the Navajo Nation when she found out about how the virus was affecting them.

Aberle-McClellan said she has had her fair share of custom orders, including making dog-print masks for workers at PetCo, but her most popular were her sugar skulls fabrics. “I have a client in San Francisco that is the president of a medical company that was requesting specific colors and styles that set off the color of his eyes,” Aberle-McClellan says. “He told me, ‘If I have to wear this, I want to look great.’”

Aberle-McClellan specializes in bridal and vintage restoration and redesign, and with weddings being cancelled and postponed she hasn’t really had many upcoming projects to work on. But she does have a couple of brides that are planning weddings for October. One of which is using the mask as an extension of her dress and ordering matching masks for her entire bridal party.

As the modifications and customizations of the masks continue, the artists’ creativity is starting to show through even more.

While the designers have modified patterns and went in different directions in their designs, they do have one thing in common, they all hope the trend of wearing masks continues and that it becomes more socially acceptable. “I think this is going to be a change in culture. Like in Japan where it is culturally acceptable to wear masks more,” Aberle-McClellan says. “I don’t think masks are going to go away.”

View all posts by Parker Willis →