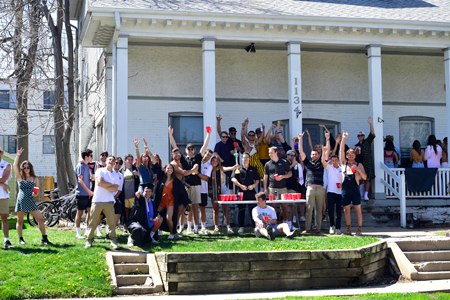 SCOTUS justice Ruth Bader Ginsburg just passed. While she was remembered in memorials as a champion of gender rights, others remembered her for anti-native rulings. She was a staunch democrat, staying alive in office till just 46 days before election day, throwing the entire nation into paroxysms of rage and worry. She was 87 when she passed, after serving nearly 27 years on the highest court in the land. She was appointed by conservative New Democrats President Bill Clinton in 1993. In the race to fill her seat, with consistently meek Democratic opposition, the GOP has enough votes to confirm and we expect that confirmation to occur before the election. •  Coronavirus is back on the radar – after a brief spell of “if we ignore it maybe it’ll go away” here in Colorado. New reporting shows Colorado in the Top Ten for Transmission rates, with Denver seeing positive infection rates in 1 out of every 59 people (top 5) while Boulder County is in 21st place (of 22), with 3,573 total cases, or 1 out of every 91 people. • A new drive up testing site has been situated in Boulder, following spikes. It is located at the Gerald Stazio Softball Fields, 2445 Stazio Drive. There is also a walk-up testing location set up at 1205 Pleasant Street in the parking lot. The Stazio testing site will be open from 9 a.m. to 3 p.m., seven days a week until Oct. 2. • Richard Lawrence Martinez, 33, was booked into the Boulder County Jail on Saturday on suspicion of first-degree murder after deliberation, according to jail records. He is a suspect in a fatal Longmont shooting and has been extradited to Boulder County after being arrested in New Mexico in June. • Daily Camera reports, following  interviews with area realtors, banks, and lease holders, that there is an increase in “rumblings” in the financial sector regarding unpaid mortgages and rents, with “Boulder County-area commercial landlords prepar[ing[ to ‘get serious’ regarding unpaid rents.” • Boulder County officials are asking people interested in being considered for the county commissioners’ appointment to the District I seat on the Regional Transportation District’s board of directors. Interested parties must submit a letter of interest to the Board of County Commissioners before midnight Monday, Sept. 28. • Boulder County is having a very wild west showdown, between those who want to keep Boulder wild and those who want to control wild animal populations. This resulted in recent vandalism of county equipment. All this over some prairie dogs? Didn’t Bill Murray make a movie about this? We can’t recall.

“There are rumblings starting now about the current state of affairs. The impact is in progress.”

“The statistics … vividly illustrate how often we’re likely to share a space with someone who’s survived an infection or may be about to experience one.”

“We would never support property destruction. We’re interested in finding collaborative solutions and this is a setback in that regard. It reflects badly on the whole environmental activist community. It didn’t even occur to me that something like this would happen in Boulder.”

“Please follow your conscience. Don’t vote to confirm anyone nominated under the circumstances President Trump and Senator McConnell have created. Don’t go there. Uphold your constitutional duty, your conscience, let the people speak.”

2  – Weeks that CU Boulder will be on remote learning after infection spikes on campus, attributed to First & Second year students, and Greeks.

21st Out of 64 counties – ranked for highest transmission rates. The share of BOCO population with a positive COVID test is

16% – COVID positivity rate at the University of Coloraro, Boulder, compared to 4.1% rate for Boulder County overall.

$100K – in damage caused by vandals who stuffed grass into the gas tanks of Boulder County Parks and Open Space equipment.