Superparents: Am I a good parent? 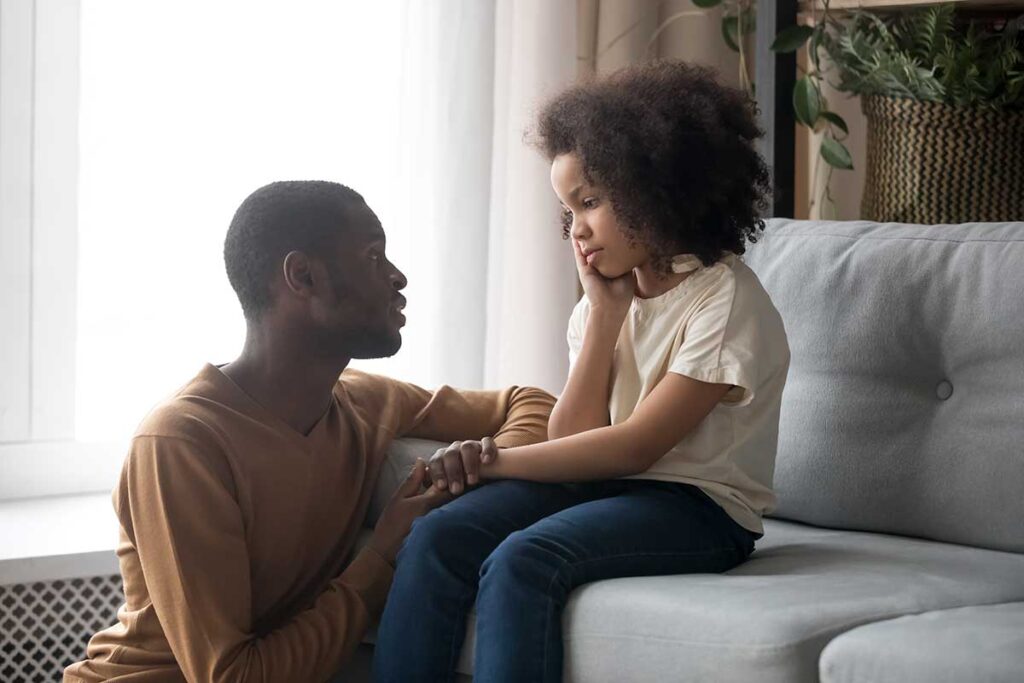 Being a parent is one of the most challenging experiences one can have in the best of circumstances. Throwing a two-years-and-counting pandemic into the mix adds exponentially to those challenges and can leave parents wondering, “Am I a good parent?”

The good news is that if you’re asking yourself that question, you probably are a good parent because you’re showing a level of self-awareness that is key to being a good parent. Parents are faced with an onslaught of issues at this time–everything from parenting during a pandemic, global unrest, gender awareness, disability, and how all these intersections impact children.

People often wonder how they can raise a child who has a positive self-image, compassion, and awareness in the midst of such challenging times.

The idea of being a “superparent” is one that has become more common in our culture of curated social media feeds. It comes out in memes such as “You have the same amount of hours in a day as Beyoncé” or the expectation that a mom can run a million-dollar business, write a New York Times bestseller, have a freshly cooked organic meal on the table, get the kiddos bathed, and then go out dancing without smearing her lipstick or wrinkling her clothes. It’s depicted in dads who are CEOs, who also manage to be a fantastic spouse with a perfect house and a perfect marriage, and who manages to run five miles before work and still have a six pack.

The reality is that most of us can’t live up to the standards that we see pushed on us daily. The amount of time someone has is diminished by other factors, such as how much time they have to commute, how much money they have or don’t have, how much of a support system they have, and many other factors.

Many people have fallen into the trap of being a superparent, wherein you can find them running their kids to and from lessons and practice after a long day at work, eating dinner on the commute, and then doing it again the next day until ten years have passed. Marriages and partnerships can be challenged with this type of fast-paced existence because it limits the possibility for meaningful connection and intimacy.

Contrary to popular opinion, being a superparent doesn’t mean running yourself into the ground and sacrificing yourself for your child(ren). In fact, being a superparent is much less about the events, toys, gadgets, and keeping up with the neighbors. Superparenting is more about how we interact with our kids, especially through the challenging times we’re all navigating. Superparenting is far less about what we do and give and much more about how we show up–how we empower our children, how we teach them to relate to others who are different, how we teach them self-esteem and self-acceptance, and how we instill in them a sense of self-worth that will set them up for success in their lives.

We spoke with some local superparents to ask them how they are navigating the waters of life, and we learned some really amazing things. Here’s what they had to say: 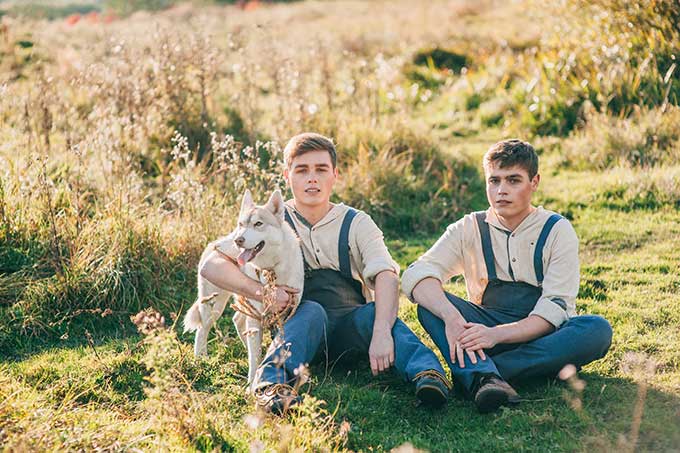 Jessica Harris, formerly a single parent to twin boys and now partnered, shares some of her insights on how she’s been able to manage these tough times with her children.

When it comes to the pandemic and schooling, Jessie says:

“I feel like the most stressful part at the beginning of the pandemic was the school scheduling and the lack of resources that were available for a single parent household. I had several friends who were already in the home school world and were not having to deal with the same set of stresses that my friends who were doing the back and forth distance learning offered through the brick and mortar school. I chose to withdraw my children from the district and homeschool them.  Now we have been able to create a schedule that works best for our family.”

“I have always tried to have very open discussions about my children with gender and gender expression. I want them to be able to understand that you can express your gender however you like, it’s not for society or anyone else to decide. I want them to know that they fully are allowed to express themselves however they wish. Even if it means they don’t necessarily feel like they fall in with the gender assigned at birth. They know that you never judge anyone else for how they choose to express their gender. My children have 2 mothers and I’ve had people comment on how my sons need “a man in the house,” but I teach my children to not worry about what anyone else has to say but if they have questions they know they can ask us. My partner and I make sure that we are teaching them that there’s not any particular role in the home that one gender has to do or the other.”

Jessie has great insights on building her children’s self-image and self-esteem. One of the main ways she empowers both herself and her kids is with words of affirmation, journaling, and engaging in creative pursuits. In addition, Jessie is careful to speak to her boys in loving, kind, and conscious ways that build them up and work to separate their actions from who they are as people. For example, Jessie says, she corrects behavior by focusing on action such as, “I’m disappointed you made that choice,” instead of, “I’m disappointed in you.” Role modeling is also incredibly important to Jessie, so she works to apply the same love and care she offers to her boys to herself.

We asked Jessie, “In a world of increased violence, how can parents give their children the sense of self to reduce violence toward themselves and help build self-esteem?” She responded:

“I think it is just so important to keep having conversations about hard things. I think it’s important to make sure they’re aware of scary things that are happening in the world. It’s important to me that they understand what’s happening in the world instead of trying to hide it all away or keep them in a bubble. One thing that I’m always telling my children is that there are enough bad things in the world, we have to be good. I tell them that it makes a conscious effort every single day to be the good in the world. I feel like if I raise my children with a strong enough sense of self that no matter what the world throws at them, they will be able to make it through. Hopefully, by them being strong within themselves, they can be strong for others. I try to live the same way. I try to make sure that I am making choices that I can be proud of so that my children have a great example of overcoming adversity.” 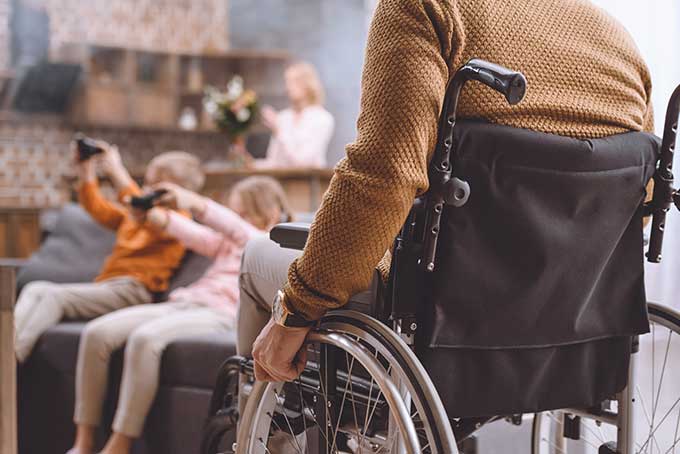 “We are a family of five. Our family is nontraditional in many regards. We raise our children without assigning gender—so we use they/them pronouns until they inform us what their gender is. One of my children has cerebral palsy. My youngest two children were born during the pandemic. We unschool, which is a unique form of education that is based on the interests of the children and facilitated by the caregivers, and have centered much of our life around activism in our community.

In some ways the pandemic was profoundly isolating. I have a disability, and so does one of my children. I also have severe asthma. That made us vulnerable to the pandemic. We’ve had to avoid people often and have never taken a break from things like masking or social distancing. We have family members that have never met our two youngest.

However, many of the flexibilities that emerged during the pandemic made it easier for us to homeschool. For example, working and schooling from home became a lot easier. We worked hard to still give our kids a lot of joy with trips in nature, crafts, and good experiences. We read books about identities and communities constantly. I spent a lot of time making our backyard a really fun place out of secondhand play equipment so the kids could have places to be active.

I think self esteem starts with how you are treated in the home by your parents. We treat our children with respect as much as possible. I apologize when I mess up just like I do to my partner. We also try to incorporate a lot of media literacy into our schooling. We give our kids tools to break down and understand the things happening both in the world and in the content they consume. We give them opportunities to make change in their community and be a force for good.”

Being a true superparent, then, appears much more realistic and attainable than what we might think given what we see on the internet and in the media. It’s not so much running ourselves into the ground in service of our kids, but rather providing them with love, kindness, structure, and the foundation they will need to develop into adults who can soar. Being honest with our children about world events in age-appropriate ways can help them to understand what’s happening. Being compassionate and teaching our children ways to build themselves up in a harsh world are skills that will serve them for their lifespan.

“Here is the bittersweet truth that no one tells you when you become a parent: Your pristine, perfect infant will grow and change by iterations, and every iteration will expire and give way to the next before-you-know-it’s-gone – before you knew to tell it goodbye. It’s probably good that you don’t know to anguish over the loss of each iteration; you wouldn’t be able to do everything you must do to be present for each new iteration if you were absorbed in mourning the passing of its predecessor. You don’t know until you have to.

Because here is the sadder truth: Every iteration of your child becomes a ghost. Every space they occupied becomes ghostly with their former occupation. Your children’s handprints cover every surface they ever touched in the house, and those prints shine brightly in infrared. They’re everywhere you look. There are swaths of your floors that gleam in different colors because ghosts of babies crawled across them, or toddled their first steps across them, or ran loudly across them, often with muddy shoes. No eyes see them but yours. Every room of your house fills with the noises your children used to make from within them. No ears hear them but yours. In every dimensional space of your home, holographic projections are cast in continual loops of ghostly iterations; milestones, costumes, awards, troubles, accomplishments, failures, tears, arguments, aspirations. You can’t stop the projections – they play continually, continually, continually… You’re torn with wanting to stop them and not wanting them to at the same time. Your front door opens and closes every moment of every day with ghostly iterations running in and out… and ultimately, only out. You want so desperately to, but you can’t close it and hold them in. You can’t hold them, or lift them, or cradle them, or touch them. And no one will see them or hear them or know they are there… but you.

Older parents try in earnest to tell you. They say, “Enjoy it while it lasts,” and “It goes by so quickly.” But all you hear are platitudes, and really, these are only fragments of sentiment anyway. People don’t have words for describing how haunted they are. So here is the terrible truth: Someday, you will live in a haunted house where love and lament are the same thing.”