Presidential Selection Transparency at The University of Colorado

As someone who benefited greatly in many ways from the resources provided by the University of Colorado while I was at Fairview High School and who has had multiple roles related to CU as a parent of a CU student, a past CU fundraiser, I have great affection for the University. 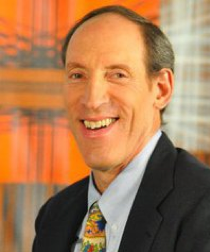 And, as a former member of the governing Board of Trustees for Princeton University and as a current member of the Colorado Commission on Higher Education, I know the single most important responsibility of CU’s governing Board of Regents is the selection of a President to lead an institution with a $5 billion budget covering 75,000 students and 37,000 employees at CU Boulder, UC Denver, UC Colorado Springs, and the Anschutz Campus.

The Regents had promised the community an open and transparent process but appear to be laying the groundwork to name a single “finalist” so they do not have to disclose the names of other applicants.

Until a year ago, the literal reading of the Colorado Open Meetings Law (“COML”) and the Colorado Open Records Act (“CORA”), as articulated by Denver District Court Judge Bruce Jones in a lawsuit in which the Daily Camera sought to force the University to disclose the six candidates who actually were finalists in the previous search for a new system-wide President, required public institutions to disclose who the finalists were.

However, based on CU’s successful appeal followed by the University’s support for a new law last year which allowed Colorado institutions to name only a single finalist, CU is not required to disclose more than one candidate.

In the previous Presidential Search, the Board’s Democratic and Republican members had unanimously advanced only one candidate — Mark Kennedy — and described him as a “finalist” despite others who were otherwise described as finalists.

Judge Jones harshly criticized the University by concluding, “The Board of Regents’ interpretation of both CORA and COML is at odds with the plain and ordinary meaning of these terms. In asserting that the finalist is the person the Board decides to disclose to the public… the Board has inverted the meaning of the statutes.”

He went on to say, “…the term “finalist” means an applicant “who is a member of the final group of applicants or candidates.”  And everyone did not dispute there actually was a final group of candidates yet the Board ignored this and pretended one person could be defined as a “group.”

By denying CU community members and all other Colorado citizens (including the voters who elected the Regents) the list of applicants for the position — or at least the list of finalists — the Regents made it impossible for anyone outside their circle to assess the quality of their decision-making.

The key point is that disclosure of those who applied for the job gives the public the ability to evaluate the decisions of the Regents in conducting their most important duty.  Without the ability to assess the list of candidates, the public has no way of knowing how good the Regents’ decision was.

This was illustrated in the previous Presidential Search when the Regents selected Mark Kennedy and refused to disclose the names of any of the other candidates.

However, when one of the Regents or a related party leaked the list of 30 candidates, the public had the opportunity to evaluate the job the Board did and most graded the Regents with an “F.”

Only by disclosing these names were members of the community able to see what a poor job had been done, especially given the fact that Kennedy probably was ranked close to the bottom of the list by the vast majority of citizens.

This didn’t mean Kennedy could not be a good President.  It simply meant the Regents made a poor, clearly politically-motivated decision.  Coloradans hope is this egregious error is not repeated.

The Regents and their peers at other public institutions and agencies validly argue that disclosing the names of applicants or even just the finalists is likely to discourage some of the most attractive, highest-quality candidates from applying.

They posit that many potentially exceptional candidates at other institutions would be loath to have it known publicly that they were interested in leaving their positions.  In fact, there certainly would be potential candidates who, if their interest in the CU Presidency were publicly disclosed, could find themselves in an untenable situation — perhaps even losing their jobs.

This is a strong argument for not disclosing the names of many, if any, candidates, especially if an institution wants to maximize the number of exceptional candidates.

However, there is an equally strong argument that, even with the possibility of applicants’ names being made public, the applicant pool still would include exceptional candidates.

This was proven when the previous list of 30 candidates was disclosed publicly because many of the candidates were not concerned about such disclosure.  Furthermore, that disclosure gave the public the information it needed to evaluate the job the Regents did.

The list proved that, even if half the candidates had not applied due to fear of their application becoming public, the Regents still could have made a better choice.

It also is fallacious to assume disclosure of an applicant’s name automatically is deleterious to every candidate.

In some cases, having your name announced as someone who is being considered for such a prestigious position is an asset and increases your chances of securing such a position even if your initial effort fails.

The presumption that disclosure of someone’s interest in a superior position always is seen in a negative light also is false, especially in Higher Education.

The best leaders of Higher Education institutions seek to surround themselves with the highest quality people they can find.  They expect these people to excel.  They not only assume these people will seek other positions, they actually encourage them and support their efforts to seek such positions.

In my own Higher Educational experience, I watched as the Dean of Students, the Dean of the College, and various administrators and professors — all from the same university — became Presidents of other institutions.  And I was impressed to see whoever was serving as President was constantly encouraging these members of the President’s team to seek their own presidencies.

The ultimate question is, “Does the public’s interest in being able to evaluate the performance of their elected representatives supersede the desire to maximize the number of applicants for a position?”

There may be a number of options which form a middle ground — constituting a compromise between the two conflicting objectives.

First, prospective applicants could be told in advance their names could become public.  Then they would have the opportunity to determine whether or not they wanted to apply.

Second, it could be agreed the names of all applicants would not necessarily be disclosed but that a minimum of the names of at least three finalists would be made public.

In the immediate situation, the Regents are closing in on a small number of candidates.  If they already had promised anonymity to applicants and had said just the finalist would be disclosed, they could ask the remaining candidates for permission to disclose their names with the commitment that a candidate’s decision would have no bearing on the selection process.

The Regents know they have the legal right to name only a single finalist.  Hopefully, for the benefit of the four-campus University community and for all Colorado citizens, they will disclose the names of multiple finalists so everyone can determine how good a job the Regents did performing their most important duty.

To Contact Mr. Harber, send an email to Aaron@HarberTV.com.