DENVER – Colorado Ski Industry leaders gathered at the 59th Annual Meeting and Double Diamond Awards to celebrate the outstanding performance of ski area employees. Awards were presented to on-mountain and guest services professionals for their exemplary commitment to their resorts, their guests, and the ski industry as a whole.

The Double Diamond Awards were held at the Hotel Clio in Cherry Creek after the CSCUSA Annual Meeting. This year’s Double Diamond award winners are listed below: photos by: Chris Schneider and Colorado Ski Country USA. 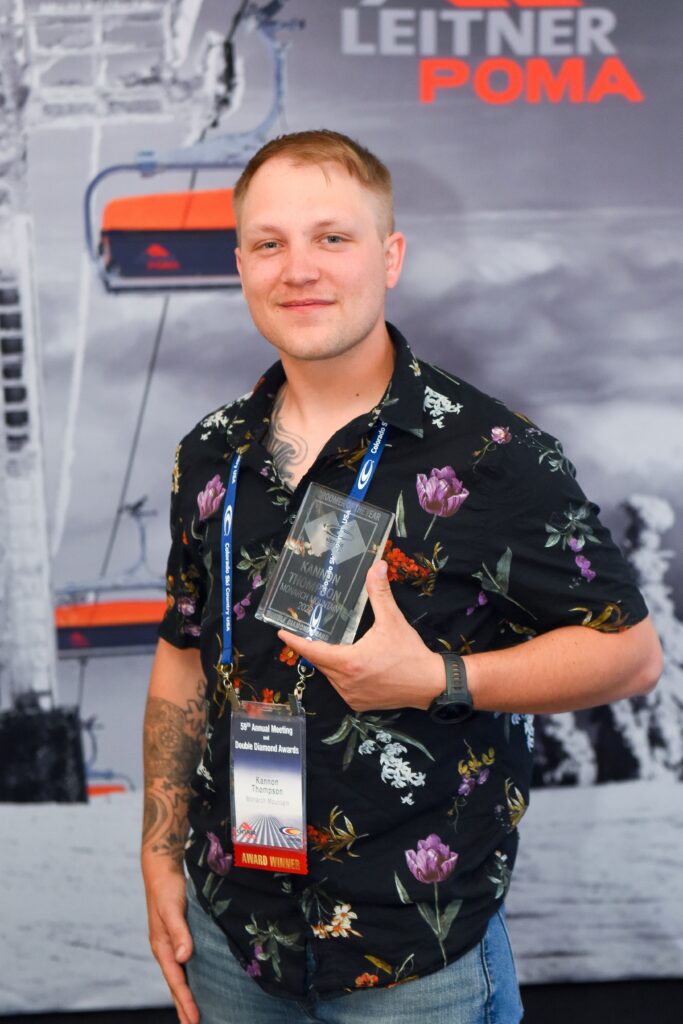 Starting as a new operator 7 years ago, Kannon moved up the ranks at Monarch Mountain by taking initiative on special projects and additional loops. With Kannon leading the grooming operations at the start of the season, Monarch was able to open 22 groomed runs on just 22 hour notice, far exceeding the 9 that were expected. 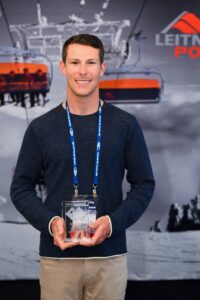 Over his years at Aspen Mountain, Patrick has been instrumental in the enhancement of the resort’s snowmaking platform, installing new lines, pumps, and communications upgrades. The excellent product Aspen is able to produce is a testament to Patrick and his team’s knowledge and dedication. Members of his crew are thrilled to work with him, and say they will continue to come back to his team year after year. 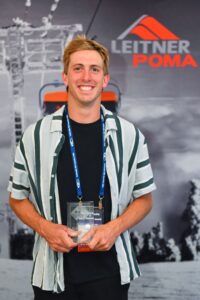 Over his two seasons at Steamboat Ski Resort, Brian Tedoldi has proven himself an instrumental part of the Steamboat team with his enthusiasm, passion for the terrain parks, and his unmatched desire to continue learning. Although an injury kept him off the snow this year, Brian still found creative ways to be productive and be a key member of the terrain team. His supervisors believe that his attitude, positive mindset, and leadership skills are no small part of Steamboat’s success this season. 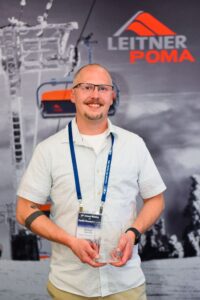 Michael Zehnder is a key part of Copper Mountain’s food service success. Michael began his career at Copper in 2020, and this past season took on the leadership of Sawmill Pizza & Taphouse, a brand new Center Village bar and restaurant. Under his direction, Sawmill almost immediately became one of Copper’s most popular dining locations, receiving excellent scores for the food quality.

For the past 24 years, Tom Hickok has taught generations of Winter Park guests how to ski. Tom is consistently raved about by his guests and has no shortage of returning students eager to continue to ski. When not teaching students, he is supporting his fellow instructors as a mentor, leading training clinics both on and off the snow – totaling 158 hours of peer training this past season. Tom’s commitment to the professional development of himself and his peers is the reason Winter Park’s instructors are more thoroughly certified than ever before. 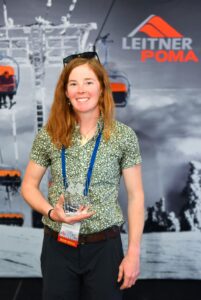 Lindsay has been a valuable member of the Arapahoe Basin team for nearly four years, starting as a Stage 3 patroller in October 2018. Since then her determination and work ethic has been exemplary, earning her the role of Supervisor in 2021. Her eye for detail and initiative has been noticed by her peers, earning her ‘A-mazing’ recognition, the resort’s award for excellence among their employees. 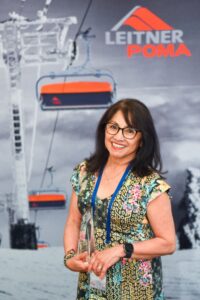 Trish Sullivan has worked in the HR department at Steamboat for over thirty years, and was one of the first women to be appointed as a Vice President at the resort. She has guided Steamboat through four owners, seven new HR systems, and an increase of employees from 1400 when she started, to over 2100 today. She is a human resources expert, and has a deep wealth of knowledge on her ski area employees. She has been a great supporter of CSCUSA throughout her career, and her retirement leaves big shoes to fill.

Peter Rietz is an attorney who has spent much of his career dedicated to working with ski areas and ski area employees to improve safety and risk management. He has been a steadfast defender of the Colorado Ski Safety Act, and co-wrote the last two amendments of the Act. He was also a co-author of ‘Your Responsibility Code’, one of the most valuable and well known tools used to keep ski areas safe. He has a passion for ski safety education, is an avid skier, and is a Level III PSIA certified instructor.