By Theresa Ho and Jeremy Moore

DENVER — Every six years, Colorado updates its social studies standards. This year, the Board of Education is grappling with mixed feedback from the public on how many times various minority groups should be referenced in curriculum guidelines.
In 2019, Colorado legislators passed House Bill 19-1192, which created a commission charged with making history and civics recommendations to the State Board of Education to make curriculum more inclusive and accurate.
The commission, known as the 1192 Commission, submits their report to the Social Studies Standards Review Committee, which is mainly made up of K-12 educators throughout the state. The Standards Review Committee then submits their recommendations to the Board of Education, who makes the final determination of how to adopt and/or amend all recommendations.
According to Shauna Medeiros-Tuilaepa, vice chair of the Denver Asian American-Pacific Islander Commission (DAAPIC), board member of Colorado Asian Pacific United and owner of No Ke Aloha, the DAAPIC saw this process as an opportunity to have Asian Americans, Native Hawaiians and Pacific Islanders included in Colorado’s curriculum standards.
Medeiros-Tuilaepa explained that the DAAPIC wrote a letter to the 1192 Commission with over 50 Asian American and Pacific Islander organizations signing on in support of such inclusions.
But in a red-lined version of the proposed recommendations made by the Standards Review Committee, the DAAPIC found that many ethnic groups, including Asian-Americans, were removed from some of the recommendations. Native Hawaiian history was not mentioned at all.

“We saw that there were a lot of ethnic groups that were redacted, crossed out in what looks to be in favor of a monolithic term for ethnic groups,” Medeiros-Tuilaepa said.
Dr. Mike Hoa Nguyen, a professor of education at the University of Denver and a commissioner on the DAAPIC, pointed out that in some examples, social studies topics related to Asian Americans were specifically excluded.

Asian Americans are crossed out in a recent draft of standards dealing with Civil War history proposed to the Colorado State Board of Education.

For example, one of the learning objectives listed is to learn about the contributions of various Americans during the Civil War. In the Standards Review Committee’s recommendations, Asian-Americans were removed from the inquiry question despite well-documented evidence that Asian-Americans fought and served in the Civil War.
“If we don’t have an accurate historical accounting of our curriculum, we are destined to repeat a lot of the same mistakes that we’ve made before,” Nguyen said. 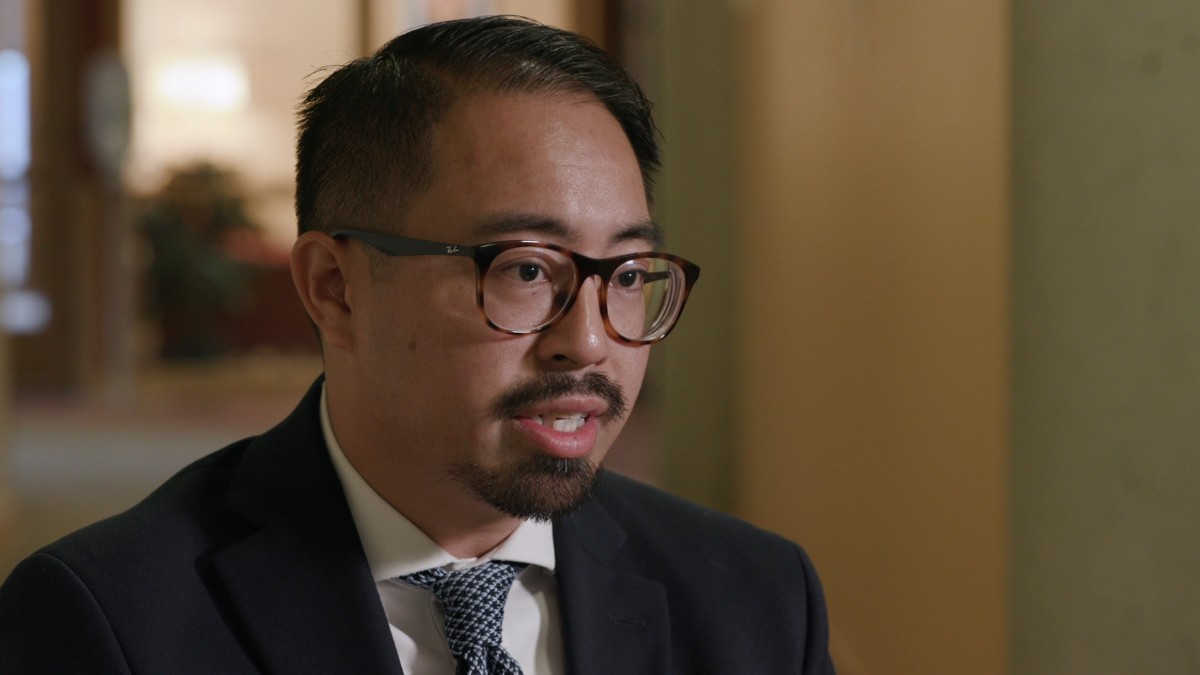 Dr. Mike Hoa Nguyen explains a few harmful stereotypes about Asian Americans that he says could have inspired decisions to exclude Asian Americans from the teaching of Civil War history in Colorado.

Nguyen believes that it is important to recognize that there are moments in time where the United States targeted Asian Americans through policies and laws such as the Chinese Exclusion Act and Executive Order 9066. He explained that there are several harmful stereotypes about Asian-Americans.
“One is a model minority myth,” Nguyen said. “Another is called the perpetual foreigner or forever foreigner stereotype. The stereotype assumes that Asian-Americans are all sort of recent immigrants in the United States … Their histories in the Americas are relatively new.”
According to Nguyen, Asian Americans, Native Hawaiians and Pacific Islanders have a long history in the United States. And while Native Hawaiians and Pacific Islanders share some similar racialized experiences, there are many cases in which their history is significantly different from Asian American history.
“Asian Americans either immigrated or came here as refugees while Native Hawaiians have always been native and indigenous to the lands and the islands that they are from. And those lands eventually became part of the United States essentially through colonization,” Nguyen said.

Medeiros-Tuilaepa added that following the annexation of Hawaii as an American territory, the U.S. government subsequently exploited the islands and their resources, creating a rise in housing costs and a dependence on the tourism industry that forced many Native Hawaiians to leave their homes.
“I think that there are more Native Hawaiians that live off of the islands than actually live on the islands. And that’s hard,” Madeiros-Tuilaepa said.
Medeiros-Tuilaepa also told Rocky Mountain PBS that the United States has a long history with using islands in the Pacific for their military needs, particularly during World War II. 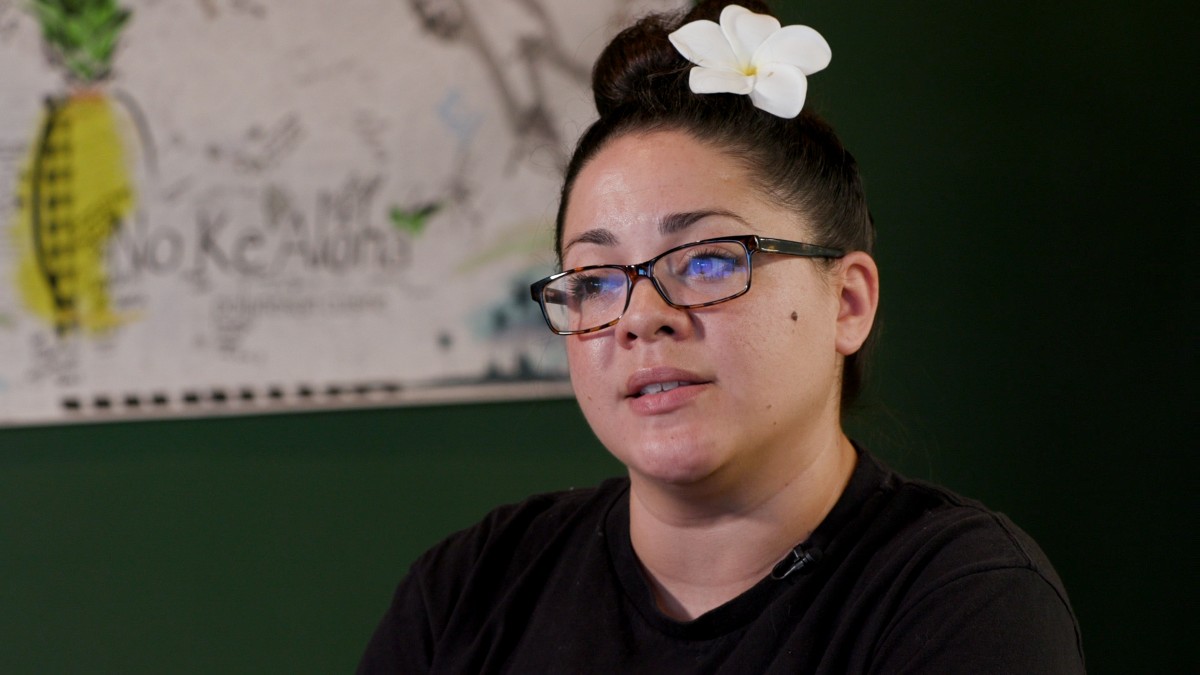 Shauna Medeiros-Tuilaepa tells Rocky Mountain PBS why the history of Native Hawaiians and Pacific Islanders should not be excluded from Colorado’s K-12 academic curriculum standards.

“Unfortunately, a lot of interaction with the U.S. tends to be in a negative light. But if we face it head on and responsibly, mindfully share this information with our students – age appropriate, of course – I think we will be able to foster a new generation of allies, a new generation of ethnic communities that don’t feel devalued,” Medeiros-Tuilaepa said.
In response to the red-lined version of the proposed recommendations, the DAAPIC wrote a letter to the Board of Education requesting again that Asian Americans, Native Hawaiians and Pacific Islanders be included in Colorado’s curriculum standards.
After a presentation on the recommended social studies curriculum guidelines made by the Standards Review Committee on June 9, 2022, Board Member McClellan recommended that the contributions of Asian Americans during the Civil War be acknowledged.

“I do want to make sure that we’re remaining true to the legislation that we’ve specifically been asked to comply with, including House Bill 19-1192, that invites us to look at history and civic contributions and cultural contributions not just through the narrow lens of one experience as if we are looking through a keyhole but rather to look at the unobstructed full vista when we’re looking at historical events,” Board Member McClellan said.
Prior to the Board of Education meeting on June 9, Board Members Durham, Escárcega and Rankin submitted feedback to the Standards Review Committee for consideration as the Standards Review Committee developed its final recommendations.
Board Member Rankin was the most critical of the suggestions to include various historically marginalized groups in standardized curriculum.
She wrote, “The continual and exhausting attempts to include various historically marginalized groups should be eliminated. It’s such a trite and ineffective attempt to be inclusive. By trying to list every group, you will inevitably leave a group out, and you have done exactly that (such as ignoring women). Better to refrain from lists of groups.”

The Standards Review Committee responded: “In many cases, the listing of historically marginalized groups was eliminated; however, the committee worked to ensure that the inclusion of the various groups applied specifically to the Evidence Outcomes or Inquiry Questions.”
One of the fifth grade sample questions included in the recommendations asked: “Why is it important to understand and empathize with the perspectives of diverse groups?”
Board Member Rankin wrote, “Is it? Or is this a teacher’s perspective?”
The Standards Review Committee responded, “Yes, it is important to understand the perspectives of others as that is a key element of having civil discourse in a democracy.”
Board Member Lisa Escárcega emphasized that the process to revise the academic curriculum is still an ongoing process. Board members will now provide additional written recommendations for amendments to the revisions.