‘This Is [Not] Who We Are’ challenges Boulder’s inclusive reputation 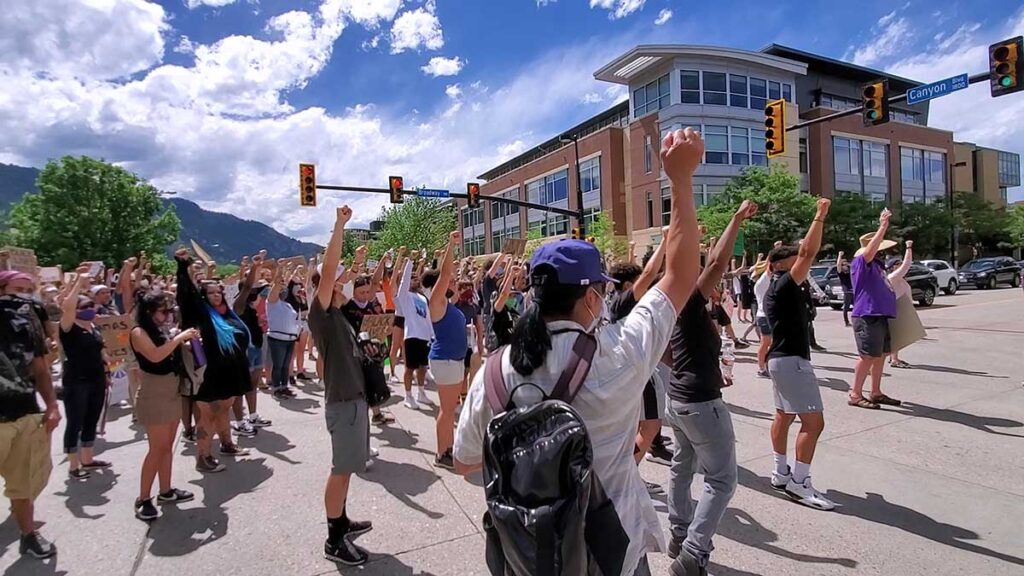 A still from “This Is [Not] Who We Are.” Credit: Katrina Miller and Beret Strong

People often call Boulder a progressive haven, one of the happiest places in America. Black people, who only make up one percent of Boulder’s population, may disagree.

“This Is [Not] Who We Are” first premiered before an audience at the 2022 Boulder Film Festival, winning the People’s Choice Award. The film voices that no one is sheltered from racism in Boulder through the testimonials of several Black Boulder residents. From Zayd Atkinson, who was harassed and threatened by police in 2019 when picking up trash for his work-study position at Naropa University, to middle schooler Celine Mariam Samuel who was called the “N” word by a classmate, Black people may not believe that Boulder deserves its idyllic reputation. 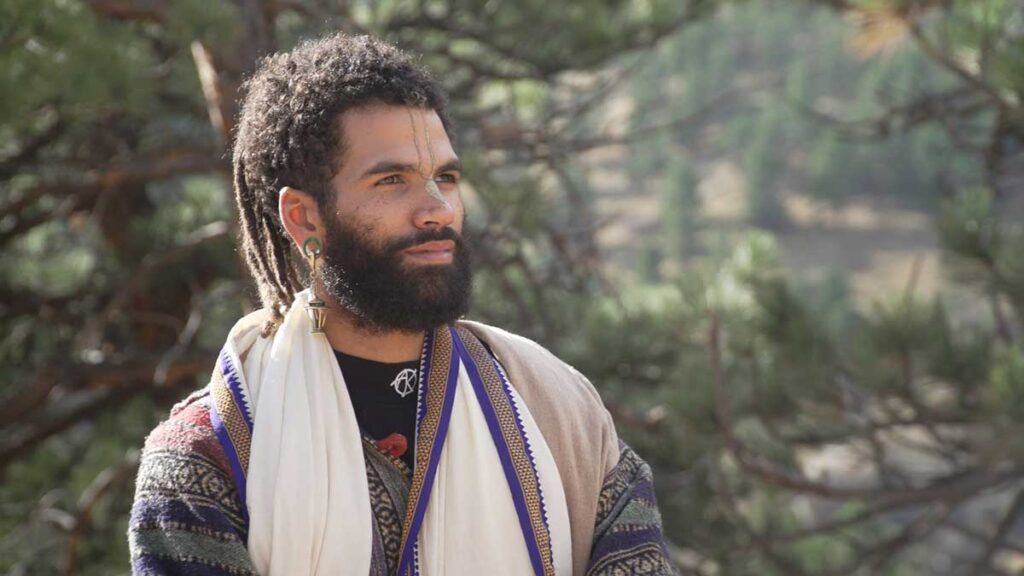 A still from “This Is [Not] Who We Are” of Zayd Atkinson. Credit: Katrina Miller and Beret Strong

Katrina Miller, the film’s director, videographer, narrator and producer said that some people respond to the homogenous nature of Boulder with phrases like “well, that’s just Colorado for you” or “Black people don’t come here because they don’t ski.”

The film quickly discredits narratives like this by detailing the long history of the Black community in Boulder, a community  that has made up a low percentage of Boulder’s population due to the discrimination in housing, employment, education, healthcare, criminal justice and social activities that still exist today. Black families have lived in Boulder since the 1870s but have faced housing and employment discrimination ever since,  pushing many to move away. Those who stayed have faced Boulder becoming a Ku Klux Klan rallying point by the 1920s, with cross burnings on Flagstaff Mountain happening as late as the 1940s. The harmful effects of homogenization of culture continue to push the Black community out of Boulder today.

“I’m often asked what my inspiration was to work on this film,” Miller said. “There are many reasons. What I primarily say is a lifetime of lived experience, which is true. But moreover, I think about what I want for the future and the future of this community, I would love to see it actually become more diverse. I do not believe the way it is is just how it’s going to be for evermore. I think there are factors that led to Boulder County being so homogeneous, and we need to look at what those factors are in order to see what we can do to fix it, to make it more diverse and as progressive as the rhetoric says. I really do believe that we can have a future here where the percentage of African Americans is increased. I believe we can do better than where we are now. Since having the film come out, I realize most of the community wants to do better, but they need to know how to do that in productive and non-harmful ways.”

Miller moved to Boulder from Colorado Springs to attend CU Boulder. From a strict household, Miller was excited to live with her brother and attend her first party.

“I was very excited about living a young adult life,” Miller said. “When I got here, things were going a little slow, but I expected them to because I always lived in the same town as a child, so I knew it would take some time to get to know people. It just never seemed to get any easier for me socially.”

Eventually Miller asked her brother where the Black people got together. After realizing that Miller would be the only Black person in many spaces in Boulder, she felt isolated but was comforted by advice her sister-in-law gave her to hold her head up high and to know she is beautiful and intelligent and belongs in all spaces.

“That makes me a little emotional,” Miller said. “I’ll never forget. That actually changed everything for me. Still to this day, for better or worse, I’ll walk into a room with my head held high.” 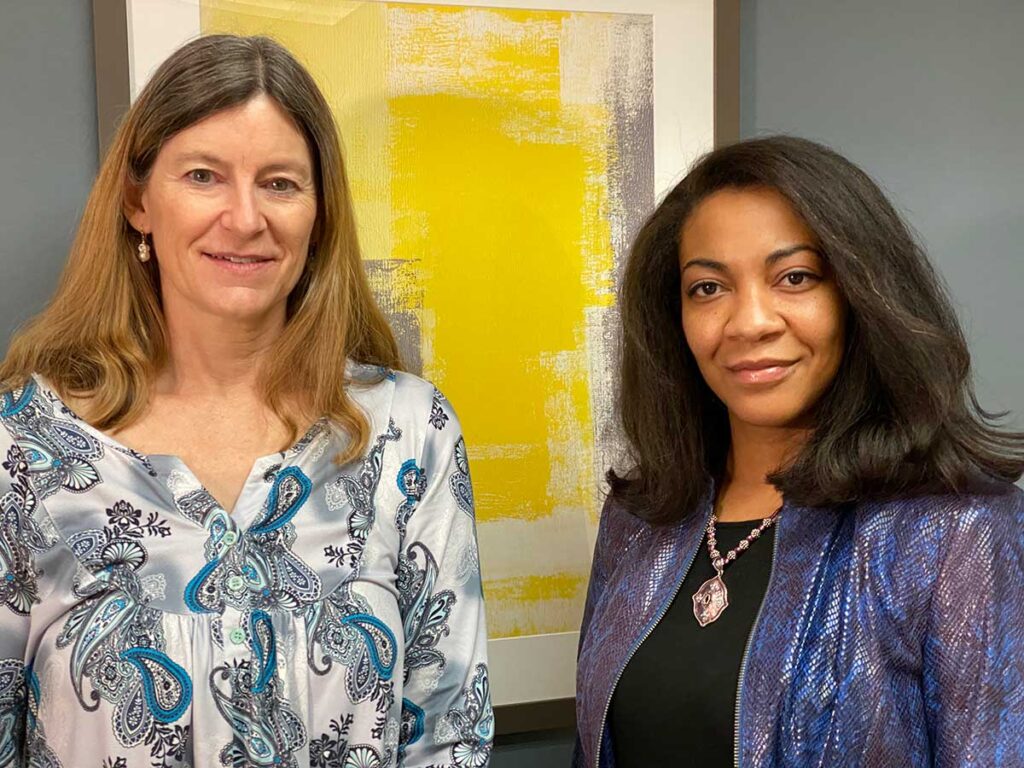 “This Is [Not] Who We Are” directors Beret Strong and Katrina Miller.

“Our culture is really causing damage to kids, and then they want to leave when they grow up,” said Beret Strong, another director, producer and videographer of the film. “We’re that community.”

Miller has two elementary school-aged children who are growing up in Boulder County.

“I worry about my kids,” Miller said. “I don’t want them to lose their self love. My kids go to a really amazing Montessori school that they love. I asked them last year if they ever wish that they had more diversity at their school, and they said ‘yes’—yelled quickly and in harmony. They told me it’s hard being the only one. This puts me in a tough position because I’m limited in what I can do to provide inclusive and confidence building opportunities for them.”

Even Miller’s family members have told her that the kids are too young and that racism is too heavy of a topic to discuss with them at their current age.

“That’s partially why it was important to make sure we had somebody very young tell their story, so that people know that this racism and discrimination does happen to this age group,” Miller said about featuring young people’s testimony in the film. “It happens across the board. From my experience and from those who I’ve talked to, there are not a lot of people who haven’t experienced some form of racism in Boulder County, especially as a student in K-12. It was really important to have that out there. When you watch the film, you can’t deny that [Celine Mariam Samuel] was affected by what happened to her, and that it was harmful to her. More than many other places in our film, I think Celine’s testimony is something that can really motivate people because I think we can all agree that children shouldn’t be in fear that way.” 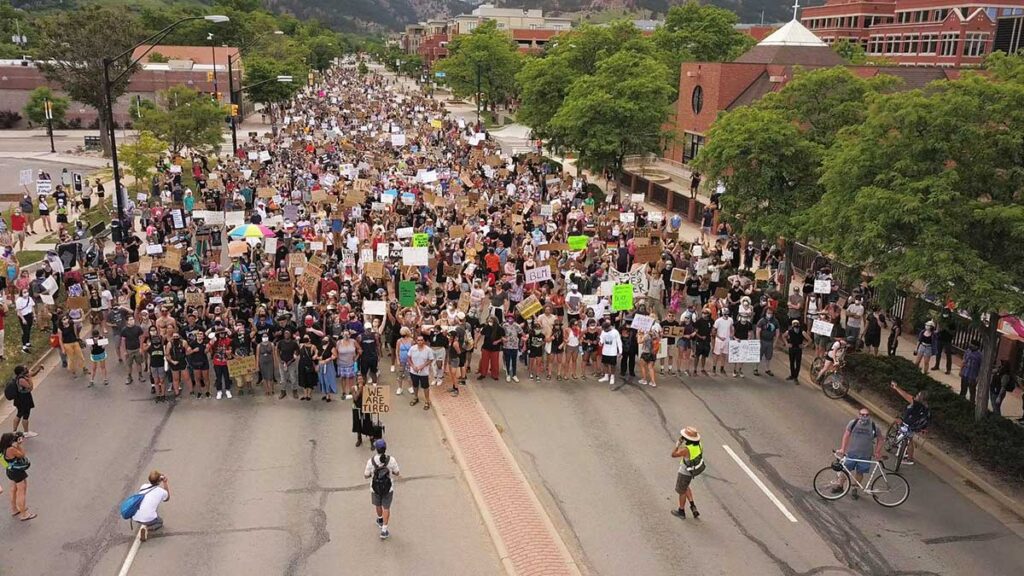 A still from “This Is [Not] Who We Are.” Credit: Katrina Miller and Beret Strong

Chautauqua’s racist hiring practices make an appearance in the film. Opened in 1898, Chautauqua hired O.T. Jackson to be the first manager of the Chautauqua dining hall. A well-known Black businessman, Jackson formerly managed the Stillman Hotel and Cafe on Pearl Street. Under Jackson’s supervision, his staff served strawberries and cream to over 5,000 guests at Chautauqua’s opening. By its second year, Jackson and all of his employees were replaced by an all-white staff. In August, Chautauqua hosted a viewing of Strong and Miller’s film.

“When approached by Chautauqua, because they have history in our film, I felt that there was reason to have a larger event to throw some healing up on that space,” Miller said.

Typically Chautauqua film viewings bring in about 500 attendees. At the “This Is [Not] Who We Are” showing, it was packed, with the final count coming out to be around 1,100, according to Miller.

The film has already won several film awards and festivals, including winning Best Feature Documentary at Hamilton Black Film Festival and a winner at the Los Angeles Film Awards, though filmmakers Miller, Strong, and John Tweedy consider creating change within the community to be more important than any award.

“A lot of the majority-white audience that I’ve heard from has expressed a lot of emotion, deep emotional reaction,” Strong said. “A lot of it is pain.”

White guilt is a common reaction from those who’ve seen the film.

“I’m on a personal journey of looking at my own racial bias, my baggage, my formation as a human, learning about the federal engineering of harm to the Black community,” Strong said. “I think it’s not unusual to feel guilt and shame as a White person learning because if you take it personally, I’m contributing to this. My passivity is contributing to this. I didn’t know I was benefiting so much from all of this discrimination. The pain and sorrow of seeing harm done does not go away, but I transcended guilt and shame by doing something productive eventually.”

Guilt was not the intention behind the film, but taking action within the community is something Strong and Miller hope the film incites.

“We want to call people to action while watching the film—to make them motivated to do something with the emotion they have.” Miller said. “Even those feelings of guilt people may have if they watch the film. Guilt was never our intention, but if that’s what a person is feeling it’s because they know that something is wrong. So what can each individual do to help? Everybody can do something. We made a film, but what resources do other people have?”

Miller has dealt with a lifetime of microaggressions and being told that “they weren’t a big deal.” One thing she worried about with her film is the audience not believing that racism still exists.

“All of those situations are coming to light,” Miller said. “Boulder and beyond can now undeniably see that these things happen. These microaggressions happen and they hurt, like many little knicks that add up to disable you.”

Miller said that for viewers of color the response has been that they feel validated and for White viewers, it’s been a call to action.

“We need to get people talking,” Miller said. “This film has been helping to open people up and have those conversations.” 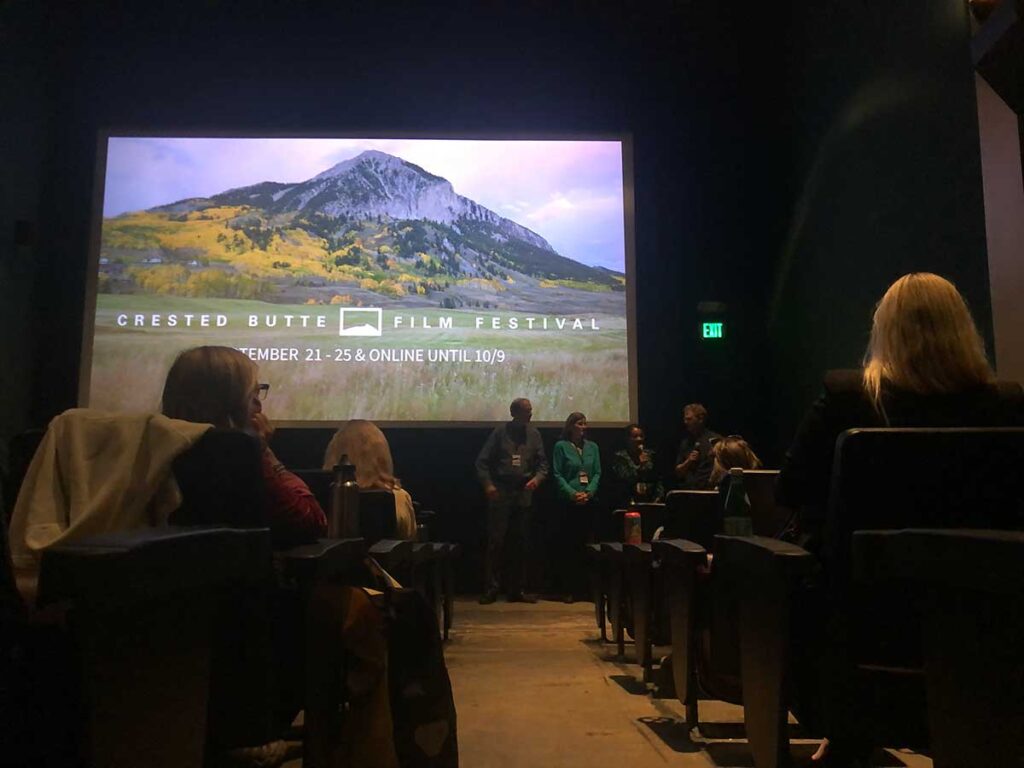 Churches, non-profits, city governments and community groups in Boulder have reached out to do screenings of the film. The film is offered for free to Boulder County organizations and groups. Sometimes Miller or other speakers attend to facilitate discussion.

“We’ve made a big effort to make it inclusively available to the community, so that the community that built the film is getting to use it for their own transformational work,” Strong said.

To see upcoming screenings of “This Is [Not] Who We Are” visit thisisnotwhowearefilm.com/screenings-calendar.

View all posts by Zoe Jennings →