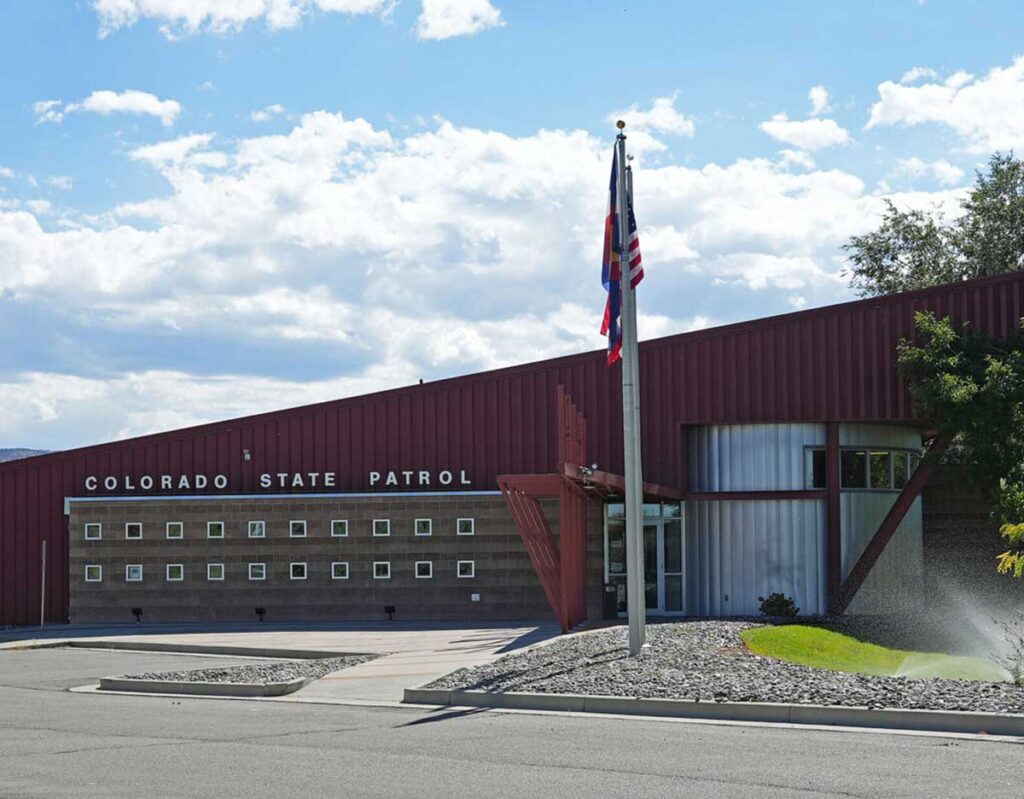 A Fruita-based Colorado State Patrol sergeant is no longer employed by CSP after an internal investigation found at least 13 instances of altering subordinates’ reports over the past two years.

Speaking to The Daily Sentinel, Col. Matthew Packard, chief of Colorado State Patrol, said the captain in charge of the unit, who is based in Denver, had heard rumors about “things that weren’t going very well,” and started investigating.

The captain started doing interviews over here, Packard said, and learned of a concern over a traffic stop that occurred in 2021.

A trooper told the captain he wrote something in a report on a traffic stop he thought might catch people’s attention because it was concerning to him, but was never asked about it.

The captain pulled the report and found that part was missing.

“And that’s when we realized that this specific report on this traffic stop had been … it was not the report the trooper thought he had authored,” Packard said.

A few days later, the trooper was in court on another case, and alerted the District Attorney’s office, Packard said.

“That caught the district attorney’s attention, as I imagine it would,” Packard said.

Twenty-first Judicial District Attorney Dan Rubinstein told The Daily Sentinel he learned something was amiss on Aug. 19, when a state patrol trooper alerted his office that a report filed with the DA had been altered from the way it was originally written.

“(Deputy District Attorney) Rich (Tuttle) emailed me, I got it Friday night, called him Saturday morning and said ‘we have to act immediately on this.’ And so Monday, the 22nd, Rich emailed Captain (Bill) Barkley. He did not immediately respond and so Tuesday morning I contacted Stan Hilkey (executive director of the Colorado Department of Public Safety).”

After letting Hilkey know that his office was contacting Colorado State Patrol, Rubinstein said, his staff examined the differences in the original report and the one that had been changed by Laing.

Sgt. Laing was placed on administrative leave during the investigation because his job is to review reports and he was accused of removing something from a report, Packard said.

CSP sent a credibility notification to the DA’s Office notifying them about the dishonesty investigation, which is required by state law.

The bulk of the changes were stylistic and grammar, Packard said, but there were 13 reports that could cause some concern.

Those 13 reports were referred to the District Attorney’s Office, Packard said.

In the case that prompted the investigation, the piece of information that was removed was a reference to an undercover law enforcement vehicle that was in the area of the traffic stop, Packard said.

“There was a traffic stop, the defendant vehicle, one of our patrol cars and an undercover law enforcement vehicle and they were all in the same area,” Packard said.

The trooper identified the third vehicle as an undercover law enforcement vehicle and was describing driving actions that were going on at that time, Packard said.

The missing paragraph detailed the involvement of Homeland Security and, specifically, an unmarked car driven by a plain clothes agent, Rubinstein said.

“It appeared to us that the vehicle pulled in front and then slowed down, which sounded like (the trooper who authored the report) believed it may have been a manufactured grounds to stop. Following too closely was caused by a federal agent slowing down to cause that to happen,” Rubinstein said. “That wasn’t clear, but it certainly read with a hint that that is what he thought.”

While the criminal investigation has concluded, Rubinstein said he has not made a charging decision at this point.

After that began, Rubinstein said his office “put the skids” on cases related to the unit. That meant changing some bonds for suspects that might have been in jail and avoiding cases being settled while the investigation into Laing was ongoing.

“Paramount that we have people not plead guilty in these cases until we know what’s going on,” Rubinstein said.

It was on Oct. 13 when Rubinstein learned that there were 13 additional incidents. Rubinstein has since hired a retired FBI agent to review the cases in detail to ensure that there are no further issues that need to be disclosed to defense attorneys in the cases involved.

Based on what he’s seen, though, “most of them are things that I would say are not substantive.”

Rubinstein did note one case of concern in which Laing had deleted a sentence from a report that noted a stopped vehicle’s license plate was run through the system and did not return any hits. Omitting such information could have significant implications for a defense attorney trying to argue that their client was not a significant drug trafficker, for instance.

In the initial case that prompted the investigation, the one where Laing deleted the paragraph about the Homeland Security car, Rubinstein said they did have to make some changes in how the case was settled.

Neither Packard nor Rubinstein could offer any explanation for Laing’s actions.

“His motive is entirely unclear to me. He’s given various explanations for why he made these changes which range from, the information was irrelevant to we were trying not to disclose that we were using unmarked vehicles because the cartel would find out about that,” Rubinstein said.

Packard said Laing was asked about why he took the information out.

“I don’t know if I got the right answer,” he said.

As of Nov. 9, Laing is no longer with CSP, and his position is vacant Packard said. Laing had been with CSP for just shy of 23 years.

Rubinstein said his office has received a “Brady Letter,” which details credibility issues for law enforcement officers, for Laing. Many departments will not hire officers who have Brady Letters.

Packard said Laing fully cooperated with the investigation, although Rubinstein mentioned Laing declined to participate in a follow-up interview.

“From my perspective, you should expect a law enforcement officer to write a thorough and complete report that documents everything that he saw,” Packard said. “I think that’s why the trooper that put that in the report did.”

A criminal defense attorney should be able to question everything, Packard said, so if CSP is withholding something that could potentially go to the innocence or provide a different narrative as to why something occurred, they should have access to that.

Following this incident, CSP is changing the way it processes reports.

Packard said CSP’s policies prohibit report editing like what occurred here, but in the future the organization will be moving to a more modern system that tracks changes made and alerts the report writer of potential changes.

“There’s an approval process for edits and at least an awareness,” Packard said.

“The fact that this change happened and it was over a year before we figured it out, that’s a problem,” Packard said.

During the investigation, Laing’s unit has been pulled back from intercepting drugs on I-70 near the Utah border, Packard said.

The unit in question in Fruita, which is not part of Troop 4A, is overseen by a captain and major based on the Front Range. Laing was one of five sergeants around Colorado overseeing trafficking and smuggling enforcement.

Packard said the dispersed leadership of the unit is somewhat of a concern, but shouldn’t be a problem because there’s an expectation regardless of formal chain of command that troopers will say something to the appropriate person if they see something.

With Laing’s position vacant for now, the unit is being overseen by an interim person, but Packard said CSP intends to put the right leadership in place and do a better job of monitoring it.

“This group does incredible work, they are pulling hundreds of thousands of pounds of really poisonous stuff off the street, and we’re going to make sure they still have the ability to do that because they’re saving lives,” Packard said.

None of the other troopers in the unit were investigated during this incident, but the unit has drawn negative attention in the past few months with two unanimous Colorado Supreme Court rulings going against the unit.

In June, the court ruled Trooper Christian Bollen’s probable cause to search a vehicle was faulty in a 2020 traffic stop of a suspected drug courier in which Bollen searched a vehicle despite a lack of physical evidence anything illegal was occurring.

In September, the court ruled Bollen’s reasoning for pulling over two Arizona men who were arrested on drug charges in 2021 was faulty, as the men had violated no law to justify the stop.

Packard said he’s confident the troopers didn’t think they were violating anyone’s rights and weren’t violating any of CSP’s policies during the stops.

This presents an opportunity to look more consistently and closely at how those types of stops are conducted, and discuss whether they like that way of doing things or not.

“Any time the state Supreme Court makes a unanimous ruling that we did something unconstitutional, that’s concerning,” Packard said.

One change CSP has made as a result is tightened the standards for a warrantless search on the side of the road, Packard said.

“Now, the only way we’re going to do a warrantless search on the side of the road is if we can see illegal stuff in plain view, if we’ve already made an arrest and there’s a search incident to arrest, if we have a positive canine alert, or if the person gives us consent,” Packard said.

If one of those things doesn’t exist but troopers still believe they have probable cause, they will write up a search warrant and take it to a judge, Packard said. Every single search is going to get looked at by superiors, Packard said.

The other change is to tie stops to behavior that is making the road less safe, such as causing another driver to tap the brakes or swerve, instead of simply following too closely, Packard said.

Packard said these changes won’t negatively impact CSP’s ability to do its job.

“At the end of the day, Colorado is about making our roads safe. Traffic safety is the bread and butter of this organization, and that’s what our traffic stops should be,” Packard said.