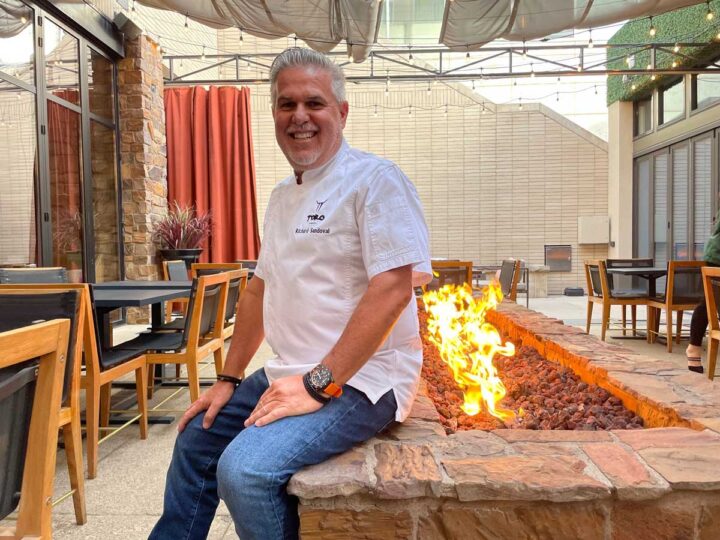 Off Menu with… Toro by Chef Richard Sandoval

There was a moment when I realized that Mexican food was different than the liquid cheese-drenched nachos and sour cream-laden guacamole I’d been passing over at football parties for years.

In the early 2000s, I was on a road trip in San Antonio and found myself at a Riverwalk restaurant named Budros. Diners were ordering something I hadn’t seen before: garlic, flame-roasted peppers, avocados, tomato, and chilies that servers cut and fork-mashed at the table. I watched at a distance until I became curious enough to order one and ever since, I have loved fresh, whole-ingredient guacamole.

Richard Sandoval, a graduate of the Culinary Institute of America who calls Colorado his home, has been a driving force in helping people re-think what they love about Mexican and Latin American cuisine. His hospitality group, Richard Sandoval Hospitality (RSH), owns more than 60 restaurants in 10 U.S. States, 11 countries, and 4 continents. Sandoval was also named the  James Beard Semifinalist for Outstanding Restaurateur in 2011, has been on both Bravo’s Top Chef Masters and received accolades as elevated at Mexico’s National Toque d’Oro,  and Bon Appetit’s Restaurateur of the Year. 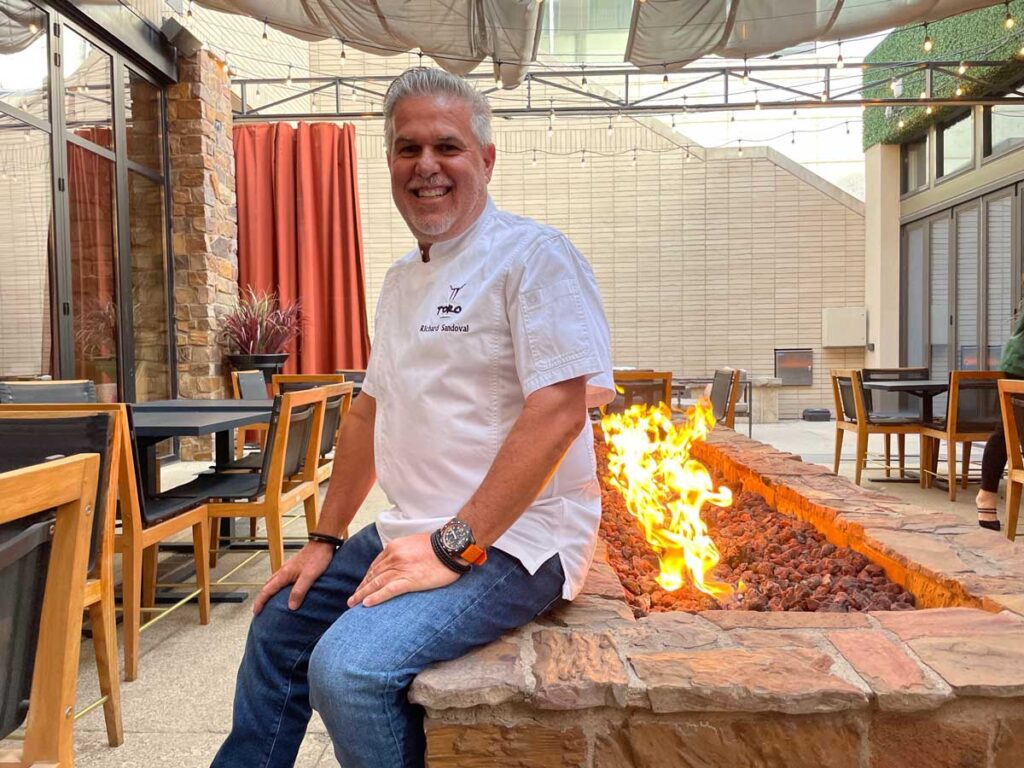 Mainstream acceptance of Sandoval’s cooking began with his restaurant Maya, which he owned on New York’s Upper East Side in the late 1990s. It was a difficult adventure during a time when corporate chain restaurants were most of what diners knew of Mexican Cuisine and cuisine from further south was even less known.

After an initial struggle, a New York Times review by none other than renown critic Ruth Reichl praised the restaurant and the unusual dishes including a roasted corn soup featuring huitlacoche dumplings and salads with grilled cactus leaves. There is also mention of dishes that are now more commonplace than they were thirty years ago: zucchini blossom quesadillas, rock shrimp ceviche, and mole. Placing these on a menu showed his passion for introducing authentic Mexican cuisine to diners.

With this level of accomplishment, Sandoval could live anywhere. I talked to him at his newest Colorado restaurant, Toro Latin Kitchen and Lounge in Cherry Creek, and I asked him why he settled in Colorado. “It’s a beautiful place, you have the city life but you also have the mountains. I loved that but I could also get away to the mountains. I love the weather. When it snows, it goes away. It’s also very centrally located. Without a lot of difficulty, I can get to a lot of places from here.”

The road to Sandoval’s current life started in Acapulco where he was raised. “My grandmother inspired the culinary side of things, and everything in our culture in Mexico revolves around food. My mother had food passed from the kitchen.” Sandoval learned the business side of running a restaurant from his father who ran restaurants there.

“He was more of a finance guy. From him, I learned the business side of things, but I never imagined I would have 60 restaurants.”

The scope of Sandoval’s success is not without its challenges, particularly in recent years. COVID posed an especially large challenge to Sandoval’s group, considering how it has spread globally. He weathered it with hard work and fortitude and was especially grateful for the financial help available from the US government for his restaurants based here. “That wasn’t always available in other countries. You have no idea how lucky you all are here,” he said.

He got through it and, like all of us, is hopeful things are moving on. Given this was one of the largest challenges any restauranteur could face, how does he think his father would have fared? He paused but really didn’t miss a beat. He quickly answered with a smile, “Just fine.”

It is  thanks in part to Sandoval and others who are now bringing more authentic Mexican cuisine to tables that people like me are going to keep enjoying Western Hemisphere food that doesn’t come from North America. Next up for me, more guacamole adventures. There’s a recipe for bacon guacamole on his website. I can’t wait to try it in my own kitchen.