The nominations for each party are set—almost. It appears Sen. John McCain will be running against Sen. Barack Obama in one of the most significant presidential races in recent memory. 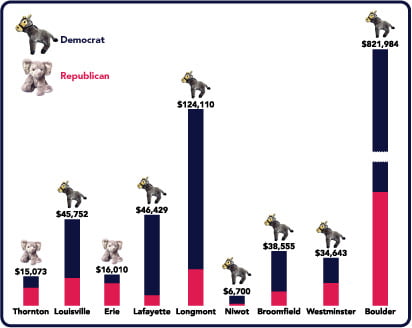 People have been flooding the primaries and caucuses in record numbers, and candidates have had to raise oodles of cash just to keep up. Read on to find out who your neighbors are bank rolling. See fundrace.huffingtonpost.com for more.