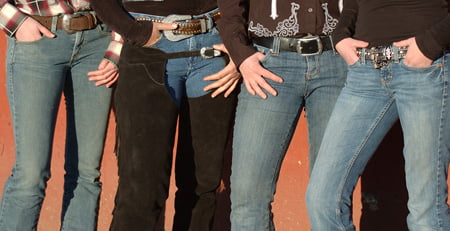 ll leave you enough cash to buy a few adult beverages after.

This is one of the most popular hiking trails in Boulder so if you are looking for isolation, move along. This two-hour loop is the classic of the foothills in Boulder County. It gains approximately 1,300 feet from Sunshine Canyon to the top of the mountain. Take in great views of the Front Range as you work up a sweat.

Road Cycling Route
• CRITICS: St. Vrain Loop
Sometimes you have no idea how much energy your legs have (or don’t have) until you hop in the saddle and start peddling. This is why the St. Vrain loops are such a great ride. Head out to Foothills Parkway on Folsom, pedal all the way out to St. Vrain Road. Then coast through a beautiful country setting till you get to Airport, turn south to the Diagonal. The route gives you more than 30 miles of riding. Or if you’re tired, turn off Foothills onto Nelson and shave a few miles.
• READERS: Flagstaff Mountain, Boulder

Ski Resort
• CRITICS: Arapahoe Basin
A-Basin has always lived up to its self-proclaimed title, “The Legend,” but this year it actually exceeded that status with a long overdue expansion. Montezuma Bowl nearly doubled the terrain. Now there are even more steeps, more groomers and more epic tree runs.
• READERS: Eldora Mountain Resort, Nederland

Martial Arts
• CRITICS AND READERS: Vision Quest IBBA, Lafayette
Our publisher’s son weighs 86 pounds soaking wet,is mild mannered and middle-school-aged. Yet
he can probably kick everyone’s butt in the office with his black belt training from Vision Quest. Not that he would ever raise a fist or foot in sheer rage, martial arts is about so much more than that. Vision Quest teaches life lessons that help with discipline beyond the arena.

Mountain Biking
• CRITICS: Nederland to Winter Park,
and back If you look on a map, Nederland and Winter Park are basically neighbors. But because of all those mountains, it is more than 60 miles by car. Cut that in third via mountain bike. Head over Rollins Pass then work your way into Frasier. It can take seven hours, so pack plenty of gear, book a hotel room, then prepare yourself for the climb back the next day. It’s the kind of ride you’ll brag about—once your legs recover.
• READERS: Hall Ranch, Lyons

Rec Center
• CRITICS AND READERS: Erie Recreation Center, Erie
New is in. The shiny new rec center in central Erie is a beautiful building. All the free weight equipment is new, so you don’t have to worry about aged sweat stains on the bench press. All the machines are new, so the chance of broken treadmills is reduced. There’s a beautiful lap pool, racquetball courts, and a climbing and bouldering wall to round out the facility.

Yoga/Pilates Studio
• CRITICS: Kolesar Studios, Longmont
When you mix pilates, massage, nutrition education and other treatments such as gyrotronic (makes your muscles long and lean) in an intimate studio environment, you set the stage for stress free workouts and healthy living. That’s what Lara Kolesar has developed at her studio, mixing more than a dozen years of experience in massage and pilates into the classes offered.
• READERS: Solar Yoga, Longmont