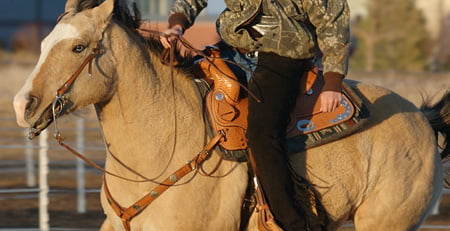 Band that Plays the ’Burbs
• CRITICS: Face
Let’s face it, an all-vocal rock band sounds pretty cool in theory. And in reality, Boulder-based Face sounds even better, offering a wide range of sounds from beat-box to rock, funk and jazz. While garnering national recognition, Face makes sure to hit all the local venues including Lafayette’s Nissi’s, the D-Note in Arvada and Centaurus High School.
• READERS: A Little Country

Cover Band
• CRITICS: Under a Blood Red Sky, Denver
This category came down to two critical criteria:Talent and the love for the band it covers. So U2 is great, one of the most influential bands of the last two decades. But U2 comes to Colorado as often as a blizzard in August. Under a Blood Red Sky sounds like the real thing.
• READERS: A Little Country

Comedy Night
• CRITICS: Wits End, Westminster
Far from the glamour of downtown Denver’s comedy circuit, there’s a little secret around that offers an equally funny experience. Wits End draws on national comedians who don’t quite have the name recognition of the Dave Chappelles of the world but are funny in their own right.
• READERS: MadCap Theater, Westminster

Free Entertainment
• CRITICS: Longmont Farmers’ Market, Longmont
Starting in May, every Saturday is filled with a new culinary adventure at the Boulder County Fairgrounds. While you have to actually pay for the goods purchased, the advice and knowledge
picked from cheese and produce and wine and garden experts is always free.
• READERS: Louisville Street Faire

Gallery Show
• CRITICS: Clay Cliché with The Grey Areas Are Fine, Old Firehouse Art Center
How do you pick the best art show of the year? That’s a question we pondered for hours. It came down to the one-two punch of these unique and playful exhibits running concurrently in the same gallery last summer that truly wowed us. “Clay Cliché” in the main gallery featured the works of Nancy Utterback, Nancy Anderson, Caroline Douglas and Marylynn Schumacher, and Nick Mott’s “The Grey Areas” complimented it well. This was fun, approachable art. The type that lures snobs and novices alike.
• READERS: Anything at Muse Gallery, Longmont

Karaoke
• CRITICS: Sweetwater Grill, Broomfield
For those itching to perform the best rendition of “Dancing Queen” in front of an audience who won’t care when you absolutely embarrass yourself, then swing over to Sweetwater on a Sunday or Tuesday.
Even if you are the worst performer it’s the kind of place no one will care. It’s all just part of the charm.
• READERS: Dillinger’s Food & Spirits, Lafayette

Live Music
• CRITICS: Waterloo Icehouse, Louisville
Talk with anyone who grew up loving music in Austin, Texas, and you’ll find out they learned the most about it from Waterloo Records. It was as synonymous with great independent music as the Tattered Cover is to books. Lucky for us, the family who founded the music store moved to Louisville and opened a cool bar that features live music that’s worthy of their old record store.
• READERS: Nissi’s, Lafayette

Museum Exhibit
• CRITICS: “Return to Route 66,” Longmont History Museum, Longmont
Route 66 is the quintessential American highway. From Chicago to Los Angeles, this now obsolete road has as many memories as miles driven on it. St. Louis photographer Shellee Graham drove the route in the 1990s, photographing the neglected icons and ever-lasting memories along the way.
• READERS: “Impressionism,” Denver Art Museum, Denver

Photo Exhibit
• CRITICS: In Focus Photohall, The Dairy Center, Boulder
When this issue hits the streets, Thomas Carr’s “Conflict on the Plains” will have just left this exhibit hall. He uses his archaeology background to help put a historical perspective in his pictures. Carr’s also Denver based, which means he was eligible to appear at In Focus, a space dedicated to photographers from Colorado. That’s what we really love about this space—it’s all about local photographers.

Theater Company
• CRITICS: Longmont Theatre Company, Longmont
This is a testament to longevity as much as it is to fun, quality performances. The Longmont Theatre Company celebrated its 50th anniversary with its 2007-08 season, cementing its status as one of the premier groups in the region. What began as a fund-raising effort for the Longmont Community Hospital in 1957 has turned into a five-performance a year theater group that brings all the classics to town.