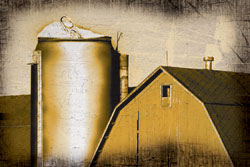 [marketing]
The City of Beers

Some cities have billboards that greet visitors with a giant “welcome.” Some city entryways are more artistic, conceptual or abstract. Others are more like warnings: “Welcome to Paradise, Pop. 384. No Loitering.” But Longmont’s new unofficial welcome mat makes a different kind of statement: Longmont, Chug it Down! Last month, Oskar Blues Brewery unveiled its grain-silo-turned-giant-beer-can at the southwest end of town, where Hover meets Ken Pratt, the junction where Boulderites descending from grace enter Longmont. The 68-year-old silo is a part of what will soon become Oskar Blues Homemade Liquids & Solids, the Lyons-based brewery’s newest venture. The transformation of the silo, while approved by the city, did receive some criticism. Despite naysayers, Oskar Blues’ can-do attitude persisted, and the silo was eventually painted to resemble a 39-foot can of beer. It’s a great marketing boon for Oskar Blues; the city, on the other hand, should just pop the top and drink it in. Cheers!

[politics]
‘Just a Feather in Your Cap’
Rep. Jared Polis shocked audiences last month when he did a beer bong on national TV and admitted that he does not, in fact, wear a feathery cap. On popular news talk show The Colbert Report, Polis sat down with pundit and comedy journalist Stephen Colbert to discuss Colorado’s “fightin’ 2nd” (that’s 2nd District for you plebs out there) in a segment known as Even Better-er Know a District. The show also featured an introduction to the region, featuring our famed giant volleyball players and the slopes of Vail. Colbert declared Boulder the tea-bagging capital of America (who doesn’t love tea!?!). Polis and Colbert also discussed the congressman’s homosexuality, Colbert’s love for the ladies and Polis’ name change. They touched on Polis’ earlier remark that Congress is a lot like college. That’s when Colbert whipped out a beer bong and a six-pack of Coors Light. Polis knocked back only about half a beer, making it clear that he did not attend CU.

[Crime and punishment]
Laying Down the Law
It’s one thing to have your buzz ruined, but it’s a life-altering experience to get tackled by a dude with no pants on. Police responded to an attempted car theft in Boulder and found Benjamin Smith being detained by Justin Chentnik. Apparently, Chentnik—who sleeps in the nude—was woken by his roommate, who said someone was in the house. Police say Smith had come over looking for a place to party; he supposedly broke in and took a set of keys, so he could listen to music. With his nobleness showing (as well as his twig and berries), Chentnik jumped out of bed, ran out to the car and grabbed the keys. There was a struggle; Smith ended up on his back with Chentnik atop him. Police had a tough time figuring out who was the victim; we guess Smith will continue to wonder about that as well.