So, we haven’t seen you around here before… You new in town? Well, let us show you around. The North Metro area is just about as diverse as it gets, with brand-new super-modern developments to quaint and charming hundred-year-old towns. We’ve got fun shops, killer restaurants and tons of things to see and do, not to mention miles of trails and that little thing called the great outdoors. In the following pages, we profile some of our favorite new (and re-newed) neighborhoods, letting you know where they are, what they’re about, and what makes them cool. Whether you’re looking for a place to live or just a new scene, these neighborhoods have something for everybody.

Using This Guide: Whether you’re new to the area or have watched it change and grow over the last 20 years, this guide may introduce you to some unique places you’ve never explored. Even if you’re not looking to move, check out the great restaurants, shops and sites we’ve highlighted in some of the North Metro’s most unique neighborhoods. 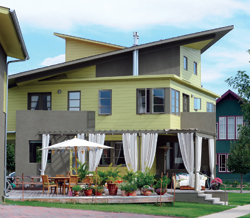 Prospect is the first development of its kind in the Front Range, combining a strict and unique planning vision with the percepts of new urbanism. It was built on the idea that suburban sprawl isn’t good for anyone, locating homes and businesses within walking distance along narrow, tree-lined streets with wide sidewalks. New Town was also built with sustainability in mind. Many of the housing units offer solar and wind energy and radiant heat flooring to keep energy costs low. In addition, landscaping regulations within the community require indigenous vegetation with low water requirements, and the streets have been laid out to preserve views of the mountains to the west. Plus, it’s just darn cool: there’s a modern yet casual vibe found in boutique shops like Tenacity Wine Shop, Nest and House and consistently pleasing restaurants, including Two Dog Diner, The Rib House and Sushi Jianken. It’s family friendly suburbia meets hipster urbanity.

Prices
Range from $99k for qualified low-income buyers to $899k for a new penthouse.

Who Lives Here
Prospect has a diverse population, with a fair share of artists.

Why It’s Cool
New urbanism means driving less and walking more. Parks, shops and restaurants, a pool and offices are within a 5-minute walk of each of Prospect’s homes.

The Rib House
Sunset Magazine called this some of the best barbecue in the West. Kansas City-style ribs, brisket, chicken, sausage, turkey and that amazing cheesy corn. theribhouse.com

Solar Yoga
When it’s time to work up a sweat, head to Solar Yoga. Hot yoga, regular yoga, meditation, massage and a boutique for all your yoga needs. solar-yoga.com

Interesting Fact: Prospect is built on what was once a family-owned 80-acre tree farm on the south side of Longmont. 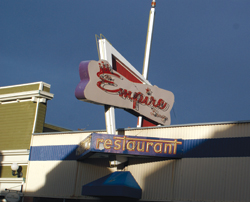 Louisville is obviously not a planned development like the rest featured here, but Money magazine declared it the best small town in the country…so how can you go wrong? The charming downtown main street is easily accessible on foot by dozens of homes that line the picturesque streets of the Old Town area, but more modern homes are only minutes away. As the Downtown Business Association puts it, it’s “just like it was 126 years ago, but with better restaurants.”

Location
Southwest of Boulder, between Lafayette and Superior

Who Lives Here
College educated young couples and families who long for a small-town lifestyle with all the city conveniences.

Why It’s Cool
A thriving Old Town makes Louisville the historical predecessor of what New Urbanism tries to recreate in planned communities. And, some of the area’s best shops and restaurants call Downtown Louisville home.

The Fuzzy Antler
Country classics, European antiques and gifts for every occasion including Pandora beads. thefuzzyantler.com

Interesting Fact: Louisville began as a coal-mining town for the Welch Mine, opened in 1877, and was named for the land owner who incorporated the town, Louis Nawatny. 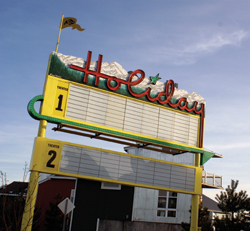 The Holiday neighborhood is model of a sustainable, affordable residential and commercial development. Houses and yards are smaller than average, but open space makes up the difference. Energy efficiency, water efficiency and passive solar heating and daylighting were worked into every home and business surrounding a large park, a community garden and orchard, and a central, unifying walkway. One part of the community strives to be a zero emissions neighborhood. In fact, some of the development of the project was documented in the film Designing a Great Community: Behind the Scenes at Holiday produced by the Sustainable Futures Society. With a commitment to affordability, people from all walks of life head north to live in the Holiday neighborhood. It’s “very Boulder,” as they say: a little funky, a lot progressive and filled with great treasures.

Who Lives Here
Boulder greenies, as well as more than 400 low and middle-income people, thanks to the project’s 40 percent permanent affordability rule.

Why It’s Cool
Integrated sustainability make these homes a hot ticket, not to mention that the neighborhood offers some of the most affordable housing in Boulder.

Interesting Fact: The neighborhood is named after the twin-screen Holiday Drive-In movie theater, which operated on the site from 1969 to 1988. Easy Rider Lane is named for the first movie that played at the theater, and the original marquee has been preserved. 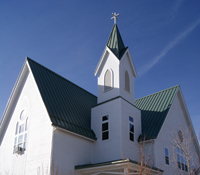 Westminster’s Bradburn Village was built on the principles of Traditional Neighborhood Design, with a main street for shops and restaurants, a church as the architectural anchor of the village center and four distinct residential neighborhoods to encourage residents to engage with their neighbors and their neighborhood. It’s very all-American—attracting growing families and retirees alike to its hip yet wholesome spirit. Housing ranges from luxury apartments and row homes in Bradburn Row to lofts above retail in the village to million-dollar custom homes. The development is built on 125 acres of land and encompasses nine parks, two recreation centers with tennis courts and swimming pools, Rocky Mountain Presbyterian Church, a Goddard preschool and an adjoining K-12 charter school.

Location
Westminster, on 120th Avenue between Federal and Sheridan boulevards.

Prices
From $800 a month for apartments to more than $1.5 million for custom homes.

Why It’s Cool
Bradburn offers access to open space and trails, creating a near-rural feel on one side of the development contrasted with the near-urban feel in the heart of the Village.

Bikram Yoga
Hot yoga in the Bikram style at your neighborhood studio, which also sells yoga gear and accessories. bikramcolorado.com

Appearances Salon
Voted one of the top 200 salons in the country in both 2008 and 2009. Cuts and styles for men, women and children. appearancessalonco.com

Interesting Fact: The Big Dry Creek Open Space adjacent to Bradburn offers a network of 63 miles of trails connecting more than 800 acres of Westminster open space and 200 acres of parkland along the creek. Much of the city is accessible from this trail. 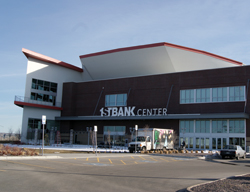 Despite some ups and downs, Arista is all about potential. With pristine views of the Rockies, Arista hopes to become the epicenter of the northwest metro entertainment scene. The momentum is growing as we write, and the development’s future is looking pretty bright. The 1st Bank Center (formerly the Broomfield Events Center) is now bringing concerts, sporting events and more to the area and helping to draw exciting retail, dining and living opportunities to Arista’s main street and urban center. Another huge draw is the soon-to-be-finished RTD park and ride, which will make commuting to Boulder and Denver by mass transit a breeze. At least one restaurant is waiting for the park and ride completion until their doors open.

Location
Halfway between downtown Denver and Boulder on Highway 36.

Why It’s Cool
Residents don’t have to pay for parking when they want to see the latest concert or hockey game at the 1st Bank Center. Plus, there’s a very cool character to the development—modern and urban while not actually being metropolitan.

Salon Cosabella
Glamorous and sophisticated salon that creates “me time” for its clients. saloncosabella.com

Interesting Fact: Arista is one of the only residential town center developments in the nation to be anchored by an entertainment venue.