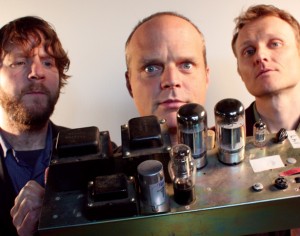 This year marks two full decades since John Medeski, Billy Martin and Chris Wood first formed their acid jazz trio somewhere in the pre-gentrified streets of Brooklyn, New York. Since the early days of 1991, not only has MMW found a huge fan base in jam-loving circles (á la, Phish and Widespread Panic), but they’ve also bridged a gap between popular music and jazz that gets crossed only a couple of times every generation. Here, keyboardist John Medeski talks about playing with legends, 20 years of evolution and enjoying the collapse of the music industry.

French Davis: What are the biggest changes you’ve seen in the industry since you got your start in the early ’90s, and how have they affected you?

John Medeski: Well, the obvious impact of rapidly changing technologies has created the biggest changes in the music “industry,” especially in terms of how people acquire and listen to recorded music. Which simply means: less record sales. Since we are an instrumental band that has never had a hit on commercial radio, or ever depended on record sales as our main source of income, it doesn’t impact us that much. We love making records, but playing music is what we do, and playing live has been what has sustained us, in terms of the “business.” The music business has always been changing, and we have always tried to find a way to make our music, get our recordings out, and play for people. We started with cassettes, some vinyl, moved to CDs, and now it’s downloads. We’ve always been independent, and that helps us to keep dancing, or at least treading water, in the ever changing music industry. We just have to adapt. The big companies come and go, whether its recording companies or promotion companies or venues, but music is a deep ancient human need. It will always be there, and that’s what we are here to do.

FD: You’ve collaborated with some of the biggest names in music across several genres; John Scofield, John Zorn, DJ Logic, Phish, etc. How have these collaborations influenced and impacted the evolution of your sound?

JM: I’m sure these collaborations have impacted our sound, but I don’t have an outside perspective on what we do, so I can’t really say. But, I can say that any time we add someone to the mix, it influences how we play. It’s like adding another person to a conversation. Another personality, another intelligence, or opinion enters into the equation and adds a different dimension.

FD: What have you learned in the last 20 years (2011 marks 20 years together, right?) that you wish you had known when you first broke?

JM: I wish I knew how to not care what anyone else thought. Well, care is not the right word, I wish I hadn’t worried about it at all. I always understood that we needed to be true to ourselves, and we always have been, but I wouldn’t waste time with those kinds of thoughts again—wanting to make everyone happy. I wish I had known to save money, too.

FD: What do you find inspiring about the musical landscape today?

JM: I love that it is so easy for almost anyone to get things out there for people to check out and enjoy, be inspired by, laugh at, be moved by, learn from, etc. …That the big record companies are no longer dictating what is available. They should have lost that privilege when they originally made profit their only priority.