In Your Wildest Streams

Giga what? Your Netflix usage may soon be regulated.French Davis
Published on: April 15th, 2011 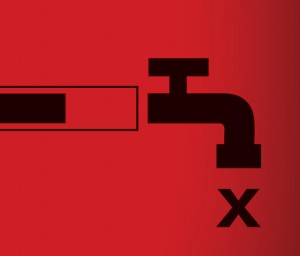 Ever since I got my iPad (and yes, I’m waiting on delivery of my iPad 2), my most-used app has been Netflix.

The missus has Real Housewives of Latvia or whatever on the TV in the bedroom it seems every single night as we nod off. Now, I can throw on my headphones and watch whatever B movie with Rutger Hauer I want without listening to my wife scream about how utterly stupid she thinks Blind Fury is (how we’ve stayed together this long, I still don’t know).

But, I have this deep sense of foreboding that bliss may not last. As I type this, AT&T joins the swelling ranks of broadband providers who think data transmission should be rationed, like beef and steel during WWII. The wireless giant has announced it’s going to cap usage at 20 gigs a month for users of its network.

Before that, it was a pure Mexican stand-off between Comcast and Netflix supposedly around the cost of service provided through Netflix’s ISP Level 3. In a nutshell, Comcast was concerned Netflix’s strain on its network was greater than what it originally agreed it would be with Level 3, and thus Netflix needed to pony up some more coin.

The conspiracy theorist in me, however, wonders if that was really at the underbelly of all of it. Have you tried Xfinity’s new app yet? Depending on your tier of service, it basically exposes all of your normal cable channels to any broadband Internet-active device. Like, for instance, my iPad.

At any given moment, Comcast’s library of On Demand content doesn’t yet rival Netflix, but it’s conceivable this might change, and sooner rather than later. While Comcast throttles my streaming access to Netflix, it builds a bigger library…slowly destroying the competition.

AT&T is in a slightly different boat. As a broadband provider in the wireless universe, bandwidth is at a greater premium than for hardwire landlines like Comcast. So their case is marginally more legitimate. That is, until they buy one of their biggest competitors and soak up all of their available bandwidth, too. Say, for instance, T-Mobile?

That being said, the truth of the matter is, it all comes down to the golden pipes rule. He who has the pipes, rules. At least, it’s gonna be that way until the FCC figures out how to regulate Internet access in a way that protects the consumer without making it unprofitable for the provider (and, considering the insanely huge profit margins on this stuff after the capital expenditure, that shouldn’t be the tall order it sounds).

So, if Netflix doesn’t want to end up like Blockbuster, it’s gonna need to figure out how to continue to deliver HD content while using less bandwidth. Anyone listening over there at the Fraunhofer Institute? Are you guys on this one? You did such a good job on mp3s, this should be right up your alley, right?