Paying At the Pump 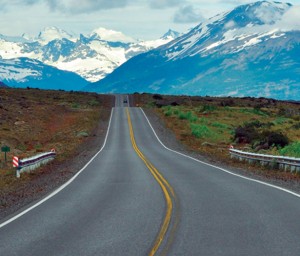 Sure, gas prices have already started to fall, and they are expected to drop more throughout the summer. But as drivers watch their vehicles gobble up $60 a refill, the rumors that gas could fall 25 cents a gallon in the next couple of months is like, well, a drop in the barrel. Especially with your vacation days adding up and your Subaru begging you to get out and play.

Colorado has one of the lowest gas prices in the nation as of now. Even if paychecks won’t be ripped in half for road trippers, the price of oil is still around $100 a barrel and hovering around $4 a gallon nationwide.

Travelers will surely shell out big bucks on state-to-state road trips through the Rocky Mountains—at least it’s less expensive than flying, right?—and even with travel expected to curb if gas prices don’t fall, experts in the industry are optimistic. Even with a potentially bleak outlook, the state of Colorado Tourism’s spokesperson Roland Alonzi sees the clouds clearing.

“Road trips are a big part of Colorado’s identity, and getting there is half the fun,” Alonzi said. “I think people will plan their trips very economically, instead of making huge itineraries.”

But the whole issue does bring back some bad memories. With the recession hitting budgets hard in late 2007, thousands of people sat back and watched as their bonuses and decent paychecks continued to disappear in a large financial cloud of smoke, while the wad of vacation money avoided the sock in the drawer. During the peak of the recession, there were large declines in tourism—we’re talking up to 16 percent—in the mountain states, including Colorado, which continued until 2011.

Lucky for us, Colorado may be one of the best places in the world to vacay for less. Four national parks, 50 state parks and six monuments across the state of Colorado offer tourists ways to stay busy on the road and keep the rainy day fund in the sock drawer. Also, brewery, ice cream and even tea tours are offered at little to no cost, giving families or couples a new, interactive travel dynamic that will likely please everyone involved.

The Rocky Mountain region’s American Automobile Association has reported the top activities for the last five years: Consistently, dining, spending time with family and friends and shopping have been the top three reasons to travel to the mountain states. Still, the alternatives are even more affordable.

“Outdoor experiences are the new thing for vacationers,” Alonzi said. “People won’t be cutting their trips short, but they’ll eat out less and do things that take up a whole day or two.”

Road Trips – And Countless Adventures on the Open Road

View all posts by Hali Young →