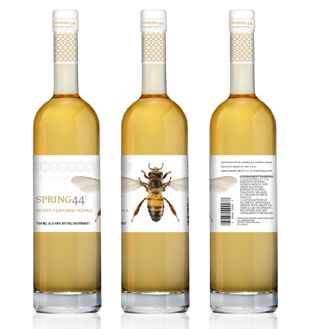 The stories behind Spring 44 garner images of a little boy following his fearless father through the mountains, of a pristine spring gushing with water that tastes of pure Colorado, and of two friends who fell in love with Buckhorn Canyon and the water that poured from it.

Still, more interesting is the story behind the drinks. In the late 1960s, Lindauer’s father purchased land in a remote spot in the Colorado Rockies, surrounded completely by Roosevelt National Park. Lindauer has very clear memories of following his father throughout their land—and of drinking from the spring. Now, all grown up with a wife and a son heading to college, Lindauer and his longtime friend Russ Wall decided it was time to share the unique mountain water with the rest of the world. Both men have extensive experience in business, and they knew the water they were drinking had tremendous potential. And it came down to either bottling it, or turning it into liquor.

Seeing as the world has way too many bottled waters and can never have enough booze, they opted for spirits. Keep an eye out for their new distillery in Loveland and for Spring 44 bottles in local stores and restaurants.