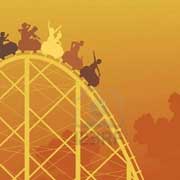 Ah, Boulder County—home of inspiring views, laid back lifestyles…and an apparently recession-proof (or at least more recession-resistant than other areas of the country) housing market. It’s a buyer’s delight almost anywhere else, with housing prices nationally still 32 percent lower than at the height of the housing bubble in 2006. In February, the National Association of Home Builders/Wells Fargo Housing Opportunity Index hit a 20-year record for home affordability, with 76 percent of all new and existing homes sold in the country affordable to families earning just $64,000 per year, the national median income. Nationally, homes are selling at 2004 prices; in the Denver Metro area, they’re selling for 2000 prices.

The buyer’s bonanza comes at the expense of the seller. Twenty percent of Colorado mortgage holders were underwater in November, meaning they owed more than their homes were worth. Selling in this situation means taking a loss.

But something weird is afoot in Boulder: Since the housing bubble burst in 2006, the average home price in Boulder County has barely budged, at least compared to other areas in Colorado, according to Zillow, a national real estate service.

Boulder County had the lowest rate of foreclosures of any major metro area in the state in 2011, one for every 3,621 homeowners, according to the state Division of Housing. Compare that to Mesa County, where there was one for every 752. Moreover, houses are selling quickly, leading to a dearth of available homes. Neil Kearney, a local Metro Brokers Realtor, said nearly a third of houses for sale in mid-February were under contract, compared to 16 percent last March.

“We’re still in a slow recovery,” he said. “But locally, there are a lot of signs that we’ll recover a lot quicker than a lot of other areas in the country.”

Kearney credits the county’s economic diversity for weathering the recession better than industry-heavy communities with fewer primary employers, as well as the area’s growing population.

What does this mean for buyers and sellers? Life in Boulder is different and requires different techniques and expectations.

If you’re looking for a home and expect to have sellers groveling for you to make an offer, any offer, think again. While the market is still soft, buyers don’t always hold the upper hand. Plus, it’s harder to get a mortgage these days than in the past—the days of lending to anyone with a pulse are ancient history. So before you start hitting the open houses, arm yourself with this advice from the pros:

Show Me the Money

Line up financing before you shop. Interest rates are low—in February, Freddie Mac reported a historically low rate on 30-year fixed mortgages of 3.87 percent—but you’ll never see those if your financial house isn’t in order.

“Real estate lending requirements are changing all the time,” Kearney said. “They are loosening, but the box is still pretty small.”

Fitting into that box means scoring near perfect on the metrics used to determine one’s eligibility for the best rates—debt to income ratio, employment history and time on the job, a sterling credit score, money in the bank. What are the odds that someone with a decent credit score, a good job, but with little or no money down can qualify for a loan like in the halcyon days of five years ago?

“Zero,” said Mike Greenberg, a mortgage banker with Guaranteed Rate in Boulder. “Unless you’re in the military, ‘no money down’ doesn’t exist.”

Still, falling short in some of these areas doesn’t disqualify you for a mortgage, and with an FHA loan, you don’t need a fortune for a downpayment—3.5 percent will usually do. Be prepared to pay a higher interest rate if you’re less than a perfect borrower. This means you know how much house you can afford.

If you’re new to Boulder County, sticker shock is a part of life. And because the recession had less of an impact on housing prices here than elsewhere, it will continue to be for homebuyers.

“People are really surprised by the strength of the market,” Kearney said. The average home price in Boulder County is just over $300,000, twice the national average and nearly a third higher than Fort Collins, the second most expensive metro area in Colorado. Also, Kearney said, fewer homeowners in Boulder County are underwater on their mortgages, meaning they are less motivated to sell at a discount.

You’re competing with more buyers than in many places, with multiple offers on homes for sale. All those factors work in the sellers’ favor, so buyers should have their game face on and not expect much in the way of price negotiations.

Sellers don’t just throw up a For Sale sign and wait for the dough. Dianne Stowe of Re/Max of Longmont said sellers can’t take chances—and she should know; she just sold her own house. Buyers are different than they were a decade ago: Many expect sellers to make an effort to negotiate, so being flexible in price could get you to the closing table faster. Here are tips to keep in mind:

Have a Good Stage Presence

Buyers are pickier than they were in the past, Stowe said, and less inclined to overlook a home’s flaws. She thinks it could be Americans’ changing lifestyles, wherein the economy has made two-income families the norm and people have less free time to fix up the house.

Avoid hearing this by taking care of all the maintenance that you’ve let slide over the years. Replace the ratty old carpet. Paint the peeling deck. Fix the broken garage door opener. Get rid of the clutter and turn your home into a showcase.

“A house really has to be in move-in condition for the majority of buyers,” Stowe said.

The dearth of available houses on the market is more severe than Stowe has seen in more than 20 years in real estate, making it a prime time to enter the market. That’s especially so if you have a ranch or a two-story house with a master bedroom on the ground floor—those are selling like crazy, she said, and in mid-February there were none to show interested buyers.

“Ranch-style homes are definitely at a premium right now,” she said. “We’re seeing a segment of buyers that are empty nesters trying to find homes to downsize into that have lower maintenance needs and fewer-stairs types of floor plans.”

And while you might be tempted to wait until the kids are out of school for the summer before listing your house, Stowe says you might rethink that plan. Many families with children like to buy in the spring so their kids can finish the school year at their new school. That way, they’re not the new kid when classes resume in the fall. Another benefit to listing in spring is you can save effort on your lawn and garden; buyers don’t expect to be dazzled by your landscaping when there is still snow on the ground.

Tips for the Drowning

While things might be better in Boulder County than elsewhere for homeowners, not everyone is in the clear. There were 33 foreclosures here in January, meaning that at least some people with mortgages can’t make ends meet. Here are a few options to try getting your head above water:

This is the most painless way to stop the bleeding, but that can be relative. Regardless of President Obama’s continuing promises to make refinancing easier, there’s still lots of red tape.

“It’s fluid and changing by the minute,” said Mike Greenberg, a mortgage banker with Guaranteed Rate in Boulder. One popular option is the Home Affordable Refinance Program, which can refinance homes up to 105 percent of their value, sometimes more. But it’s only good for mortgages held by Freddie Mac and Fannie Mae. Private lenders deal with the HARP program differently. Depending on the lender, it may require an appraisal, which can be expensive. Also, just like any other mortgage, borrowers will be relentlessly vetted through their applications. Because of the complexity, sit down with a mortgage broker or banker to discuss the options.

“They need to have somebody assess for them what their situation is,” he said, “see what their credit is, how far out of whack they are.”

Renting your home seems like a hassle, but it can keep you current on your mortgage, assuming you can find tenants. In Boulder, that’s not an issue. Vacancy rates in Boulder and Broomfield counties (listed together by the Division of Housing) are 4.4 percent, tied for best in the state with Jefferson County. Boulder had the greatest increase in average rents over the past year, 3.7 percent.

There are caveats: You may not be able to rent your home for what you owe monthly on your mortgage. You might end up with a deadbeat tenant. As landlord, you’re also the handyman and sometimes the nanny (guess who gets the citation if your tenants don’t shovel?). You have special reporting requirements for your taxes. There’s also the added inconvenience of advertising for new tenants, vetting their credit scores and applications, and being at their beck and call whenever the pipes burst. Of course, that’s why they made property management companies…but you pay for those.

Finally, if at some point you have to refinance the rental, you may be limited in what programs are available to you; many require the home to be your primary residence before you qualify.

Do a Short Sale

Yes, it sounds counter to what banks are most well-known for (gouging you for every dime), but asking if your lender will take less to settle your mortgage than what you owe isn’t as far-fetched as it sounds. According to the Joint Economic Committee of Congress, in 2008, the average cost of a foreclosure, to the bank, was more than $77,000. As long as their losses will be less than that through a short sale, you could be in luck.

Of course, luck is in the eye of the beholder. The FICO website makes it clear that the damage to one’s credit through a short sale could be as severe as a foreclosure, falling on average between 85–160 points. How bad it will be depends on many factors, including how far behind you are on your mortgage and what your credit score is in the first place. You may also be asked to repay the balance.

The bright side of a short sale when compared to a foreclosure is that sellers will (generally) be able to buy a new home within two to three years. A foreclosure could see you renting for the next five to seven years.

There’s a certain amount of fatalistic freedom in knowing that when all else fails, you can horde your money for up to a year (which is how long foreclosure can take if it goes through the courts), leave the keys on the kitchen counter and walk away to make a new life. Just be prepared to make it as a renter for up to seven years while you buy everything with cash, because your credit will suffer. Only bankruptcy does worse damage, but even the bankrupt can get a new credit card within months, since all of their debts have been discharged. The only bright side of a foreclosure is that Colorado is a non-recourse state, meaning it doesn’t allow lenders to sue former homeowners for the balance of their mortgage if the home sells for less than is owed.