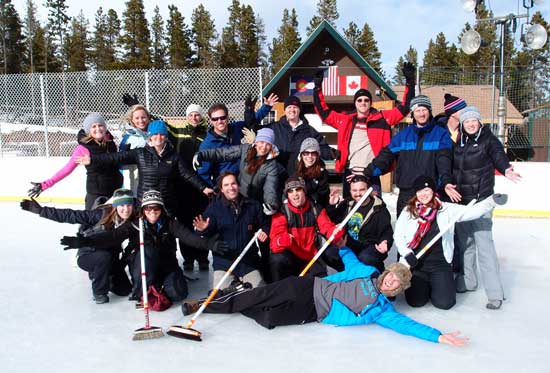 As a single, hard-skiing woman living in Colorado, my technique for meeting men has largely been focused on chairlifts and microbreweries. My “weekends” are Thursdays and Fridays, thus I often find myself enjoying a clear I-70 and no lift lines.

That also means I occasionally find myself wondering how I got lost in Rocky Mountain National Park yet again and if I told someone where I was in case I got for-real lost.

I think of my solo excursions as opportunities to chat up everyone I possibly can or, sometimes, to be by myself and reflect, to enjoy the solitude. I’ve had many an epiphany in the woods and many a great conversation on the lift.

But as for relationships, well, so far, my longest one since I’ve moved to Colorado has been 11 minutes…or however long it takes to get from the bottom of the Vista Bahn lift at Vail to the top. It was wonderful while it lasted. He was cute—admittedly, I’ve become a savant in telling if someone is attractive beneath goggles, a helmet and a neck gaiter—and smart, and he clearly loved skiing. We chatted about the snow, made fun of gapers struggling below, and laughed at the kid on the lift with us who babbled in a language neither of us could understand. When it was time to de-plane, I had no idea what to do and balked on asking him to take a run with me.

Then he was gone, and our romance was over.

Essentially, my struggles with singledom can be boiled down to this: I continue to find myself giddy while staring at untracked powder sparkling below, or atop a 13-er on a clear day and all I want to do is turn to someone and exclaim, “Are you seeing this?” “I love living here!” “Anything!” It’s not that I’m lonely—it’s just that I can’t keep this all to myself any longer. I no longer want to have these adventures by myself.

So, like any modern single woman, I decided to look for ways to meet people. I had to think outside the box because what I was doing (bars and chairlifts) wasn’t working. I opted to try this weird thing people keep telling me about: the Internet. I created a Match.com profile relatively true to who I am and put up current pictures of myself. Interests listed: skiing, hiking, climbing, reading, eating out, coffee, beer. At first I was thrilled when my inbox was flooded with interested parties. As I “got out there” on dates, my excitement waned. Guy 1: Never learned to ski, hardly spoke, was mostly interested in running and his career. Guy 2: From the East Coast, hated living in Boulder, wanted to move to South America, only wanted to talk about super serious stuff. Guy 3: Wanted to maybe learn how to ski, super absorbed and busy with work, barely had time to go on a date.

These were not what I was looking for, and I had this sense that who they were in email/text/profile was just not who I ended up meeting in person. They were often nice, but I met no one with whom I shared commonalities, even on a friend level—let alone anything beyond. I also tried Plenty of Fish, but quit both after a couple of months.

I considered getting a dog. Landlord vetoed.

Just as I had given up, I discovered Boulder Sport and Social Club online.

BSSC is basically a mechanism for people to connect over the things they enjoy doing, in groups, be it outdoor sports like skiing or hiking, team sports, ropes courses, fitness, et cetera.

The beauty of BSSC is twofold: You can make it what you want it to be, whether that’s finding people to play volleyball with on Friday nights or meeting some eligible contenders for dating or friendship purposes, or both. The other great thing about it is that you know the people you meet are going to be those who share your interests, at least to some extent. I was constantly frustrated from dating websites because, as I mentioned, no one seemed to be into skiing. I was on a constant, unnecessary guilt-trip because 80 percent of me can admit that not being a skier is a deal-breaker, and 20 percent of me was beating myself up for “being
too picky.”

I also hated the fact that there was so much pressure in online dating. You don’t go on Match.com to make friends. BSSC knocks these two elements out of the equation, and allows you to relax and just take things as they come. For example, BSSC organized a trip up to Summit County to ski on March 24. They chartered a bus, on which there was free beer. After skiing, participants hit up the pub for drinks and grub.

If sports are more your thing, they have several leagues. Trust me, it’s tough to find organized sports as an adult. This is a godsend for anyone who really wants to relive those days of college indoor, floor
hockey glory.

BSSC is a wonderful mechanism to share things you love with others who love them. And who knows…perhaps you’ll find that special someone, who will actually stay with you even after it’s time to get off Vista Bahn.