Rain and lower temps on the way — but beware the mosquitoes 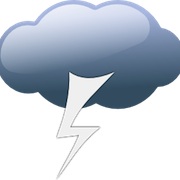 If there’s anything that can be said for the lack of moisture in the state for, oh, the past several months, it’s that we’ve been blessedly bereft of one of summer’s biggest nuisances: Mosquitoes. These pests breed in pools of standing water and their low population so far can be attributed to the distinct lack of rain-produced puddles going undisturbed in backyards and other low-lying areas. With barely any humidity, even puddles from lawn sprinklers are drying up well before mosquito larvae can hatch and ruin our picnics (if it weren’t too hot to have picnics).

But there’s no such relief near natural water features and we’re reminded yet again of why mosquitoes are more than just annoyances—a mosquito trap at the Jim Hamm Natural Area in Longmont revealed the presence of West Nile virus, the first batch of the season, which can be fatal to humans.

West Nile can now be added to the list of weird scourges to be endured this peculiar summer. Another addition is the smoke from destructive wildfires … but this week, we’re not even talking about our own destructive wildfires, of which there are still three that are roughly evenly spaced along the Front Range: The Waldo Canyon Fire in Colorado Springs, the Flagstaff Fire in Boulder (both declared to be 90 percent contained) and the long-burning High Park Fire in Fort Collins which was recently declared 100 percent contained. No, the smoke that makes it hard to see the foothills even if you’re at the base of them is coming from other fires, in Utah and Wyoming.

But in a much needed change in weather patterns that could be either good or bad, Colorado is expecting at least three days of significantly lower temperatures and lots of thunderstorms throughout the weekend. Weather.com reports forecasted temperatures in the blessed 70s (which, it’s amazing to be reminded, is a full 30 degrees less than we’ve grown used to) with an average 40 percent chance of rain through Sunday.

While that is certainly reason to celebrate (do we even remember rain?), the downside could be more lightening-ignited wildfires. But even if we get a three-day deluge that prevents any major conflagrations, we will have another thing to worry about: those damned mosquitoes.

Still, at this point in a just-getting-started summer, West Nile is looking like a good alternative to being little more than an explosive tinderbox.