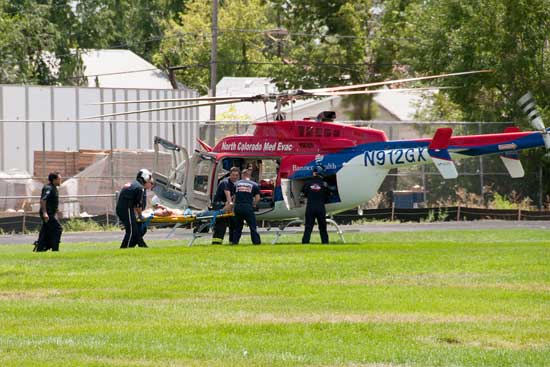 Boulder County police and paramedics responded to an explosion and partial roof collapse at Erie Middle School, 650 Main St.,, which is undergoing a major overhaul during the summer months.

According to reports, the school’s gym partially collapsed after an explosion at around noon today. Police recieved calls at around 12:13pm. The Erie Police, Boulder County Sheriffs Department, Lafayette Fire Department and Mountain View Fire were on the scene as well as school officials. Emergency vehicles are now leaving the area. 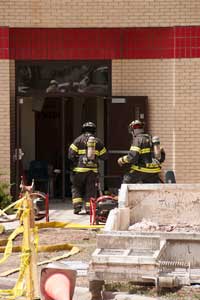 The Mountain View Fire spokeswoman confirmed there were three contractors injured, including burn- and fall-related injuries. One contractor was missing but had already been loaded into an ambulance. Dispatchers could not say how serious the injuries are. The victims are being taken to local hospitals; a medical helicopter airlifted one of the victims. There were no fatalities.

According to authorities, there was the smell of gas after the incident; they are investigating the cause of the explosion and there has been no confirmation that it was caused by gas.

Construction crews have been a constant at the middle school campus this summer. Plans called for the removal of the school’s second floor while also increasing capacity by more than 300 students. School is set to start on Aug. 16. 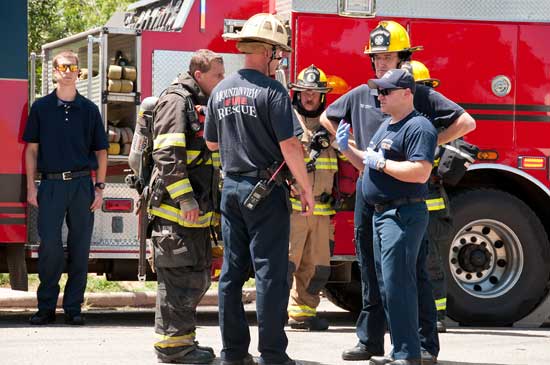