Firefighters Get Their Proper Dues 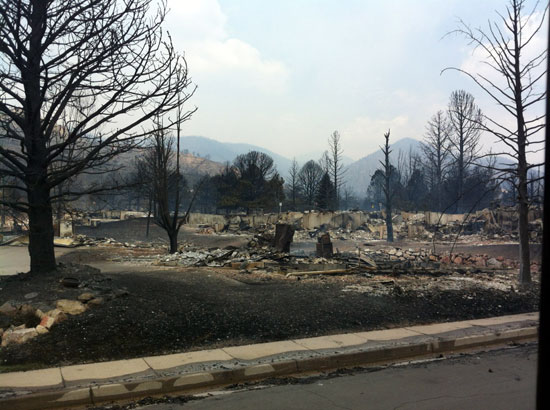 Imagine for a brief moment that you’re not you. Instead you are someone with an extremely difficult and dangerous job (and no, being caught in the elevator with the office close talker doesn’t count). Imagine that you’re the only line of defense between your loved ones and neighbors and the terrifying forces of nature—like an animal control officer on the day when hordes of ravenous bears come down off the mountain looking to take up residence in a nice, spacious three bedroom/two bath condo. I bet you’re thinking how nice the occasional “thank you” would be after laying down life and limb for the greater good, right? Well now you know how Colorado firefighters must feel about the Firefighter Appreciation Week going on Sept. 8–15.

Any blue-blooded Coloradan who loves this state knows the danger and fear that wildfires duly inspire. Now, in the wake of Waldo Canyon, High Park, Flagstaff and Four-Mile fires (to name just a few) that fear has become known nationwide. This job doesn’t get any easier with the rampant beetle epidemic consuming Rocky Mountain National Park and much of the Western Slope, not to mention the reality of extremely high forest density (thanks a lot Smokey the Bear—way to be a “big picture” guy) and disaster level drought conditions to top it all off.

That’s part of the reason why David Clark, founder of the David Clark Cause company, got this event started: These are heroes who literally save our state from utter destruction just about every year. Clark’s organization focuses on getting the word out on organizations and individuals through cause-centered events like this appreciation week.

“It’s important firefighters understand how much they are appreciated by the very people they protect,” says David on the firefighter appreciation week website.

Now here’s a shot for you to personally say to firefighters from across the state: You guys rock. Seriously.

This week of appreciation culminates on Sept. 15 in a 2-mile race chaired by and featuring local Olympians and the first annual “Fight Fire with Beer” festival (note: alcohol itself is not a fire retardant). The festival is a family-friendly event going on at the 29th Street Mall in Boulder filled with delicious food and beer, music, fire engines and equipment and of course, the “Fight Fire with Beer Cup” brewers competition. Entries from local brewers (whom we know you hold so dear) will be judged by Colorado Fire Chiefs and Governor Hickenlooper. The winner will be crowned (or bottled) the “official” Fight Fire with Beer brew and sold to the public until next year. Proceeds will naturally be going to support fire education, so come on down and show your support for these heroes who walk among us.