Boulder is in the midst of a people’s revolution—an age of enlightenment grown from entrepreneurs, venture capitalists, accelerators, cloud technology, smart phones, social media and, presumably, lots of caffeine.

With the highest concentration of software engineers per capita in the country, Boulder is now being touted as America’s top startup city. And Brad Feld is the pioneer, mentor and philosopher of this community. 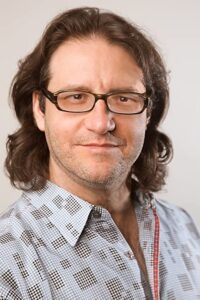 Feld is the managing director of venture capital firm Foundry Group, which invests primarily in software and Internet companies, and a founder of Techstars

He’s been immersed in the startup game for more than two decades, and needless to say, he’s become a rock star to many a young entrepreneur, startup groupie and new-tech fan. Here, we talk to Feld about his new book Startup Communities: Building Entrepreneurial Ecosystem in Your City as well as what he calls the Boulder Thesis.

YS: Let’s start with the basics. You often write about startup “ecosystems” and communities. What is a startup ecosystem/community?

Brad Feld: Over the past few years I’ve been deliberate in my language to call them “startup communities.” A startup community is a tight geographic region—usually a city, but sometimes a “neighborhood” such as the Union Square area in New York—where you find a high concentration of startups. Boulder is an extraordinary example of this—a city of 100,000 people with possibly the highest entrepreneurial density (entrepreneurs plus people working for startups divided by the total population).

YS: Can you give us some background on how Boulder became a startup hub?

BF: Boulder evolved over a long period of time. We started with a base of entrepreneurs in tech, life sciences and natural foods that created significant companies in the 1970s and 1980s. In the 1990s, the rise of the commercial Internet was purposefully built for a city like Boulder and numerous entrepreneurs created companies—some successful, some not. During this period of time, a number of entrepreneurs started playing a long-term game of creating and building a long-term startup community in Boulder. Post Internet bubble, in the early 2000s, many of the entrepreneurs doubled down on their efforts to create new startups in Boulder, while continuing to attract, engage and expand the community. The leadership has come from entrepreneurs, it’s been grassroots and bottom-up and powerful.

YS: What is the startup climate like in Boulder these days?

BF: Phenomenal. There are hundreds of startups clustered in the downtown Boulder area. A number of them, like Rally, SendGrid, Trada, Gnip, Orbotix and LinkSmart are growing very rapidly.

YS: What are the biggest challenges that Boulder startups face in the coming years?

BF: Boulder is very constrained on office space and once a company gets to more than about 100 people it has to start looking outside the downtown Boulder core. Another current challenge is that there are actually five parallel startup communities that don’t interact much—tech, bio, clean tech, natural foods and LOHAS (lifestyle of health and sustainability). It would be even more powerful if we could get some leverage across them.

YS: It seems that Boulder has a really strong startup support system, and you’ve been a big part of that. How important are organizations and accelerators like Techstars to local startups?

BF: Accelerators are important, but are only a component of what’s critical. A long-term startup community needs activities and events that engage the entire entrepreneurial stack. An accelerator is a great example of one of these activities.

YS: What can the Boulder startup community learn from the ups and downs of Silicon Valley?

BF: I believe there are four tenets to creating a great long-term startup community: One, the leaders must be entrepreneurs; two, they must take a long-term view—at least 20 years; three, the community needs to be inclusive of anyone who wants to be involved; and four, you need activities and events that engage the entire entrepreneurial stack. I call this the Boulder Thesis.

YS: You could probably write a book about commonalities of strong startup communities (obviously you already have), but if you could sum it up, what qualities help a startup community thrive?

BF: The Boulder Thesis is at the core. I think every city has the potential long term to be a successful startup community, but it must have entrepreneurs who want to lead for a long period of time to make it happen.