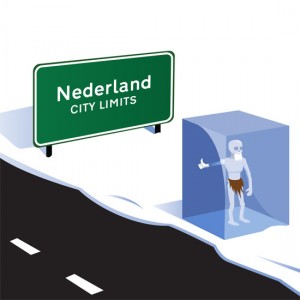 Boulder city leaders discussed a potential smoking ban for the Pearl Street Mall, and a gay couple from New Jersey filed a law suit after a photo of them kissing appeared in campaign materials attacking a Colorado senator who supported a civil unions bill. A Louisville man was arrested after allegedly punching a police officer in the neck. Three people who were wounded in the Aurora shooting are suing Cinemark USA over lax security, and an electrical fire forced Ann Romney’s airplane to make an emergency landing at DIA. “I just want to find my daughter and bring her back home,” said Jeremiah Bryant, father of Jessica Ridgeway, a 10-year-old Westminster girl who went missing on Oct. 5 on her walk to school. Ridgeway’s body was later found about six miles from her house. As of press time, no suspects have been identified. The Adams County Coroner said a 2-year-old died after ingesting 1,702 nanograms of Oxycodone. The CU Buffs had their first win of the season against a surprised Washington State, and Colorado’s Secretary of State Scott Gessler is now being called “The Honey Badger” in the national media. Trygve Bauge, the grandson of Nederland’s frozen dead guy, may ship the body of Bredo Morstoel out of Colorado after a financial dispute with the man who keeps Morstoel frozen.Frozen Dead Guy Days organizers say the event will go on with or without the body.

“We do ask them about the use, but there is no request to name the tenant. There is nothing that indicates who the tenant is.”

—David Driskell, director of Boulder’s Community Planning and Sustainability Department, on whether Walmart will open in Boulder’s Diagonal Plaza.

“Instead of going to the office, I went straight to the courthouse and put it on the conveyor belt. I didn’t know what had happened until I heard one of the guys say, ‘Bagley! What the hell?’”

—Longmont City Councilman and attorney Brian Bagley on accidentally bringing a concealed .45-caliber Colt Defender into the Boulder County Justice Center. He does not have a concealed carry permit and now faces charges.

“I’m sorry, Jim, I’m going to stop the subsidy to PBS. I like PBS. I love Big Bird. I actually like you, too. But I’m not going to keep spending money on things, borrowing money from China to pay for it.”

—Presidential candidate Mitt Romney during his first debate against Barack Obama, which was held on the University of Denver campus.

“Without being able to observe the process, how can we have confidence in the process?

—Mary Eberle, an elections integrity activist who hoped to inspect Boulder County ballots being printed to ensure they are untraceable. Activists were not allowed to observe.

The amount, in millions, awarded to a Colorado man with “popcorn lung” after suing microwave popcorn makers and retailers.

The number of years Boulder Beer has been brewing. The company celebrated with a cornhole tourney and a beer rave.

The amount, in millions, being spent on overhauling the CU rec center, which will include a new Ralphie-shaped swimming pool.

The number of noncitizens Scott Gessler says have voted in a Colorado election. (Though at least one of those is a citizen.)