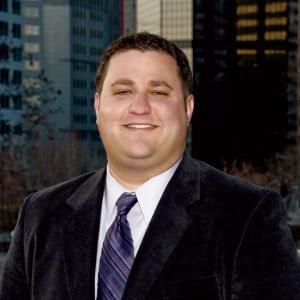 Mason Tvert first began campaigning to convince Coloradans that marijuana is safer than alcohol after Lynn “Gordie” Baily, a CU student, and Samantha Spady, a CSU student, died just days apart in separate alcohol poisoning incidents in 2004. Since then, he led successful campaigns to decriminalize marijuana possession on both campuses, succeeded in passing an initiative to make possession of small amounts of marijuana legal for adults in Denver and backed an unsuccessful bid to legalize marijuana possession statewide in 2006 (the measure failed by a 60-40 margin). Now, Tvert is campaigning for the passage of Amendment 64: The Regulate Marijuana Like Alcohol Act, which is ahead 47-38 in the latest poll, conducted in July. Tvert spoke to Yellow Scene about the amendment and why he thinks 2012 will be the year Coloradans finally legalize marijuana.

YS: What’s been the reaction to this initiative?

MT: Support is growing and the opposition is going down. I think that’s in large part to a strong effort to educate the public about the initiative itself as well as the issue behind it.

YS: There’ve been other attempts in the past to legalize marijuana, not just in Colorado, but in other states, most notably in 2010 in California, that have failed. What’s different this time?

MT: We certainly looked at the experience in California in 2010 as we were drafting the initiative and planning out the campaign to take into account what happened out there. Ultimately there are two or three very big differences here. The first is that this is a presidential election year. There was an analysis done in California following the election that showed that had it been an election year, based on the turnout, the initiative would have received 49.5 as opposed to 46.5. … No. 2 is obviously that it’s 2012 and not 2010. Support traditionally in this country goes up about one and a half percent per year and it’s been accelerated here in Colorado.

YS: So what’s unique about Colorado?

MT: Well, that’s No. 3. It’s not California. There are a couple of big differences. … In California, there were a number of different efforts going on, but here in Colorado we were very focused on making sure that the public is aware of the fact that marijuana is far less harmful than alcohol, and really shifting the attitude. That led to the development of a much more comprehensive and sensible approach to medical marijuana. Obviously we’ve seen the emergence of a state-regulated medical marijuana system, which has demonstrated that it is possible to regulate marijuana. …

And of course people have experienced the tax revenue and the benefits of it. We generate millions of dollars for our localities and our state through licensing fees and sales tax revenue. More people are appreciating that there is a net benefit.

YS: As you know, marijuana is still illegal on the federal level and 64 won’t change that. Has the shadow of the federal government affected the campaign at all?

MT: Certainly, it’s a situation that’s being discussed, but ultimately the federal government’s position on this initiative is irrelevant. Colorado has the right and the ability to adopt this initiative and end the arrest and prosecution of adults 21 and older for the private possession, use and limited cultivation of marijuana. Obviously we’ve seen that it is possible for our state to regulate marijuana. …

YS: But they could do something else, like threaten to withhold transportation dollars, for instance.

MT: I think that would further upset people around the country, let alone in Colorado. Clearly they haven’t taken any sort of step like that when it comes to medical marijuana. The federal government, much like virtually everyone in the country, recognizes that this is going to happen, whether it’s in 2012, 2016 or 2020. There’s no doubt that at the rate that support for marijuana reform is going, marijuana will become legal and will be treated similarly to alcohol. Taking that sort of measure would be on par with the federal government having done that when states began repealing alcohol prohibition. For example, Colorado repealed alcohol prohibition prior to the federal government [repealing it]. Many states did. That’s what ended up forcing the federal government to evaluate federal prohibition, because all the states essentially said, “We’re no longer going to enforce this law.” … [Withholding transportation funds] would be a nuclear option that we don’t think the federal government has any intention of taking. It would spark far more support for this than ever before, and they would really speed up the process of changing federal laws to allow for marijuana.