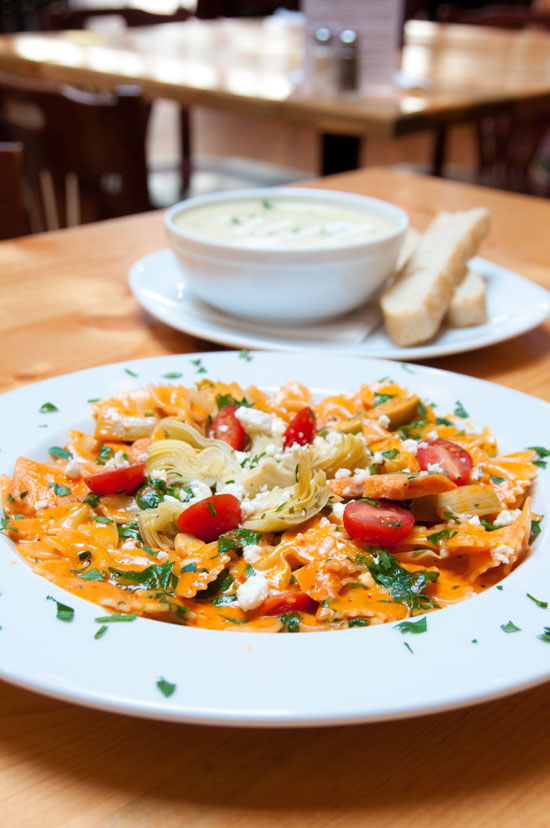 Ten years ago the nation was grossed out and stunned as Morgan Spurlock messed himself up by eating at McDonald’s for a month straight.His documentary Supersize Me contributed to the national debate about the confluence of rising obesity rates and the prevalence of fast-food restaurants.

A decade later, many would argue that at least some progress has been made. Fast food restaurants are offering healthier options, and new laws have required that restaurants with more than 20 locations must post the calorie count of their menu items right on the menu. Also, a new batch of so-called “fast casual” restaurants have sprung up with even more of what we might term real, healthy food.

Boulder filmmaker and registered dietitian Ande Anderson wanted to make a film showing this progress and proving the opposite of Morgan Spurlock’s hypothesis: That with the improvements in fast casual dining menus, and the availability of nutritional information for those restaurants, people can make healthy choices and even lose weight by dining out exclusively.

Enter Ande’s guinea pig, partner, and boyfriend iKE Allen. Prompted by his daughter’s comment that he was “too lumpy” to eat his own birthday cake, he agreed to let Ande—a vegan and dietician—help him lose 10 pounds in 30 days by eating at quick service restaurants.

By their own admission, Anderson and Allen set out to make a film that shows the quick service restaurant industry in a positive light, and the film does just that. We see the relative ease with which the funny and personable Allen can alter his normal order at various restaurants, saving him hundreds of calories per meal.

And does he reach his goal? Well, of course he does. Perhaps the film’s biggest flaw is that there is doubt as to whether Allen will lose the 10 pounds he hopes to lose. He enjoys his food, plays with his kids for exercise, learns to love his daily green smoothie (the only meal eaten at home), and works in his extensive home garden.

And while it seems that the film’s concept is sound—that the average person could lose weight on a diet of fast food and moderate exercise—it also fails to break through much of the Boulder bubble. The filmmakers claim they wanted to show that anyone living in all but the most rural parts of America can eat this way—dining at Subway, McDonald’s and Taco Bell in addition to our regional chains Mad Greens, Qdoba and Chipotle. But it doesn’t address the fact that many Americans eat fast food because of the price, and the price of the salads at McDonalds or anything at chains like Boston Market and Tokyo Joe’s are more expensive than the dollar menu hamburger and fries.

The film is funny, pleasant, and makes its point, but it is yet another reminder about how lucky we are to live in the health-conscious world of Colorado, where quality food is fairly easy to come by.

Check out more bits and bites at Formation of a Foodie’s new blog: foodieformation.tumblr.com